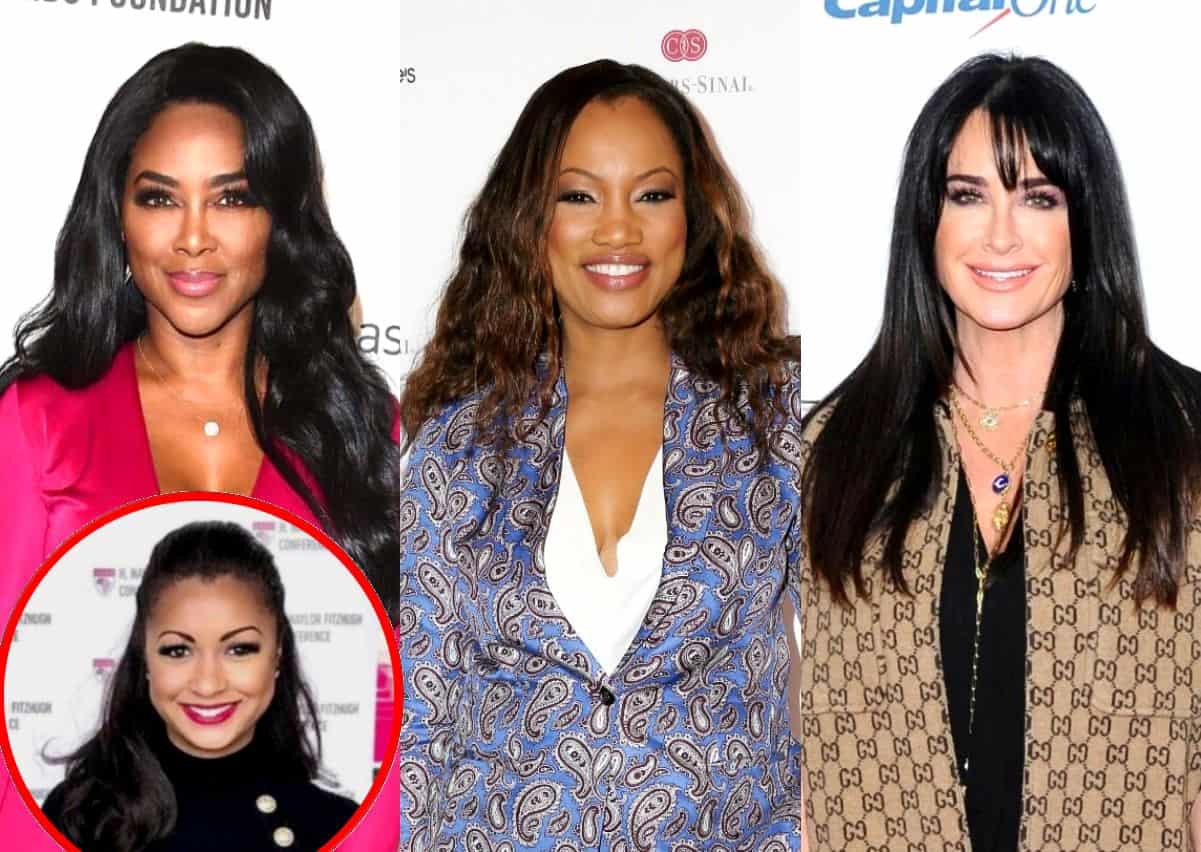 Kenya Moore took to her Twitter page this week to weigh in on the conversation Garcelle Beauvais had with Kyle Richards during the second episode of The Real Housewives of Beverly Hills season 11.

After seeing that Garcelle had suggested that Kyle may have called her out for failing to come through with her promised donation to charity because of her race, by asking, “Would you have said it to one of the white women,” the Real Housewives of Atlanta star accused Garcelle of pulling the “race card.”

“I don’t think [Kyle Richards] calling Garcelle out about not paying her donation has anything to do with color,” Kenya wrote, according to a screenshot provided by the Real Housewives Franchise on Instagram, which featured a “like” from Kyle.

“It’s not a black or white issue it’s a green issue. Let’s not pull the race card every episode. They weren’t cool at the time. Glad they talked it through,” she continued. 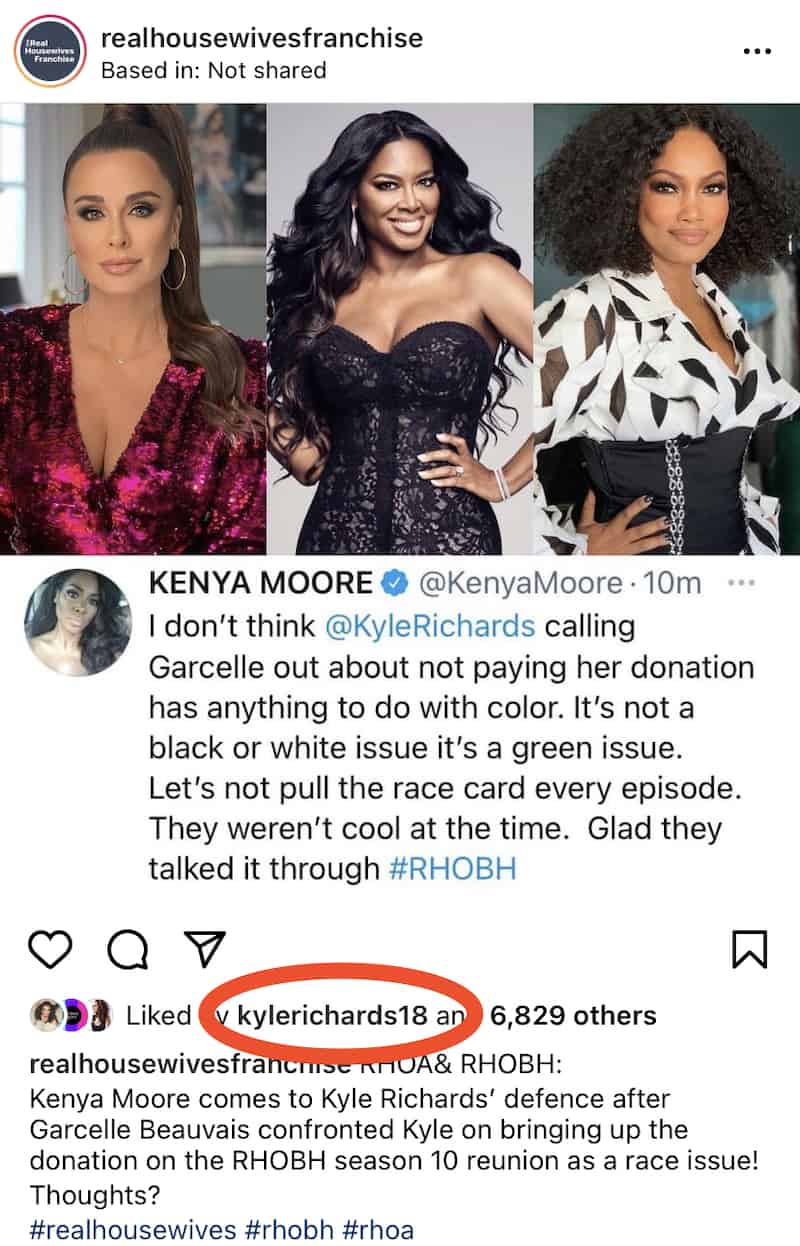 As fans of RHOBH saw, Garcelle and Kyle rehashed their charity feud on an episode of the show last month, and after Garcelle was able to offer some education and insight into where she was coming from in feeling that her race was targeted, the two of them opted for a fresh start.

In another social media post shared on Instagram, Kenya weighed in on the messy feud that erupted between Luann de Lesseps and Eboni K. Williams on the latest episode of The Real Housewives of New York City.

“LOL degrees make you more educated it doesn’t always mean they are more intelligent,” Kenya commented after Luann shared a clip from the show, also adding a laughing-while-crying emoji. 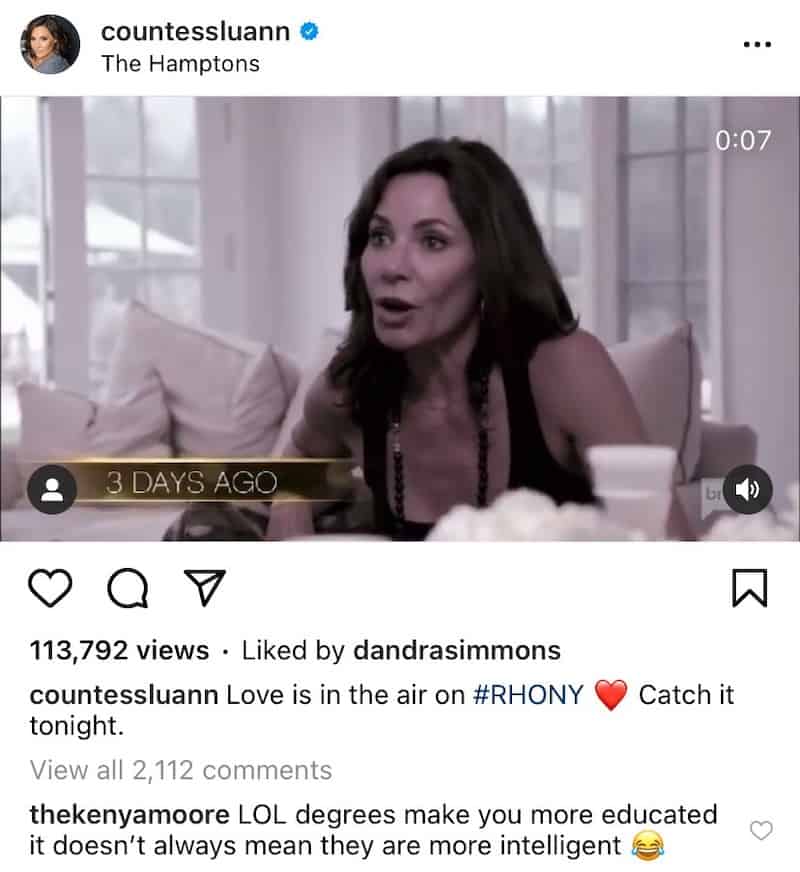 During the latest episode of RHONY, Luann was seen telling Eboni, “So you think your degree makes you more educated? That’s probably the stupidest thing I’ve ever heard somebody say.”

Luann also suggested in a confessional that Eboni seemed to be trying to make her and her castmates feel like idiots, and ultimately, after a heated discussion about race, she threw Eboni out of her home.

When Kenya was later accused by a fan of being “undermining” and a “sellout,” Kenya further explained her stance on the past drama between Garcelle and Kyle.

“[Garcelle Beauvais] paid once she was made aware of the oversight. Others did not,” Kenya replied. “[In my opinion] Kyle would have called ANYONE out who she was beefing with-black OR white. I’m a fan of [Garcelle] and [Eboni K. Williams] is a beast!”

“We can be objective to facts and sensitive,” she added. 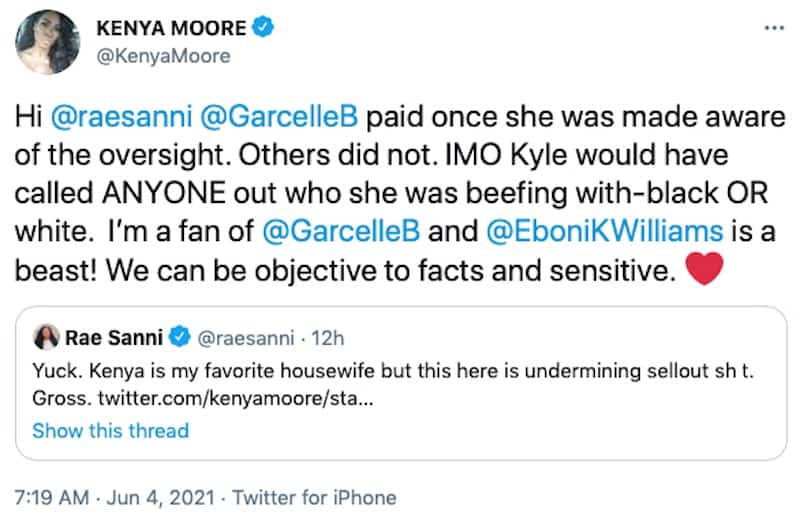 Also on Twitter, Kenya confirmed she was happy Garcelle had been cast after a fan said the actress was “one of [her] favorites” on RHOBH.