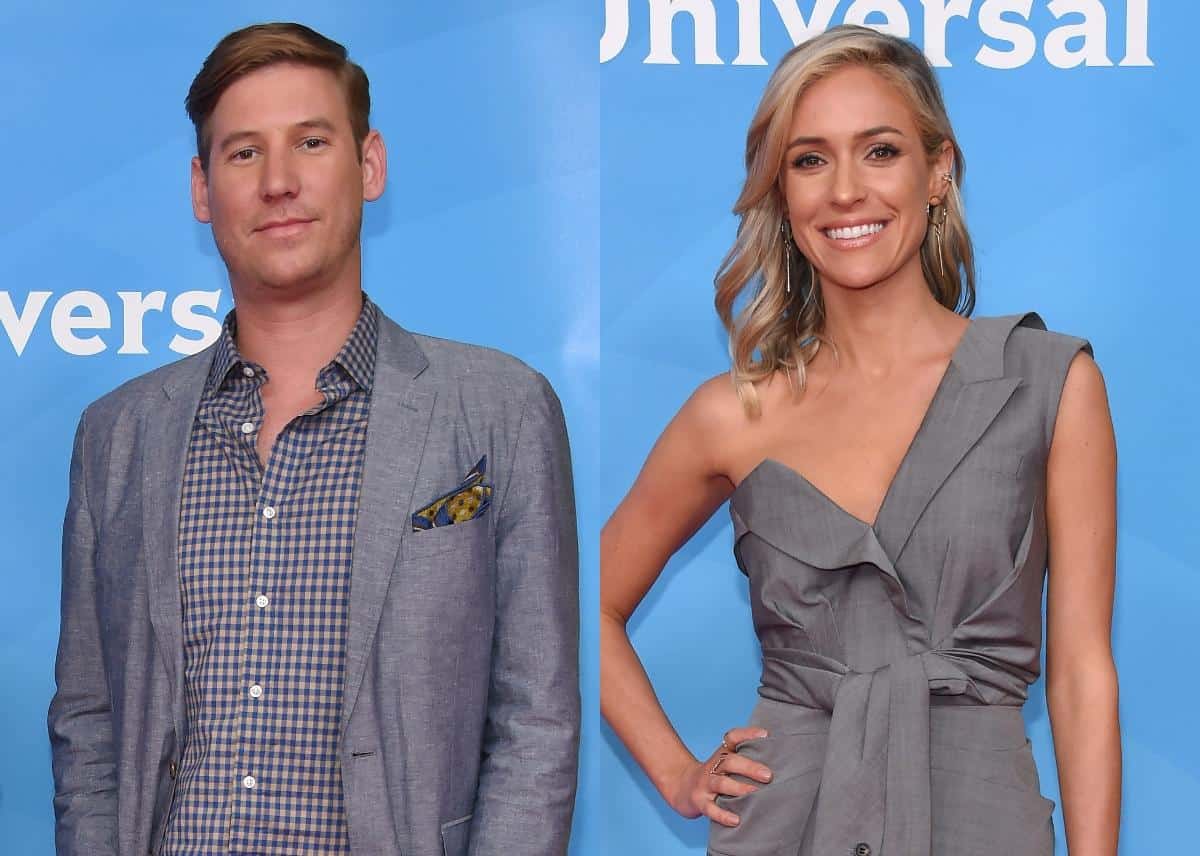 Months after sparking rumors of a romance during an outing in Nashville, the Southern Charm cast member and Hills alum reunited over the weekend in Charleston and posed for a photo on Instagram, which immediately added fuel to the past reports as a new rumor surfaced.

On Sunday, June 6, Kristin shared a photo of herself, Austen, the newly single Craig Conover, and another woman posing in front of Leon’s Oyster Shop.

“Charmed I’m sure,” she wrote in the image’s caption.

Following the outing, a fan who saw them sent a message to Deux Moi on Instagram, stating that while they didn’t ask if they were dating, they noticed that the group was “super down to earth and friendly.”

“Kristin was the friendliest out of them all,” the person wrote, according to a screenshot shared by Bravo and Cocktails on Instagram. “She is exactly how I would have expected but nicer. Said she wanted to open a new store in Downtown Charleston potentially. All she said about both Austen and Craig was that ‘she loved them.’ They were keeping their distance at the store.” 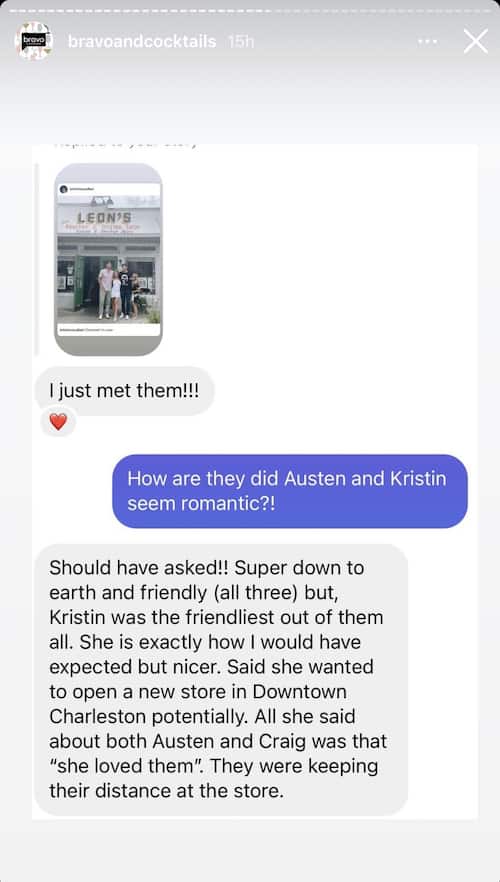 Although Austen and Kristin didn’t show any signs of affection at the venue, a report later in the evening suggested they were caught “making out” during a night out on the town.

“Austen Kroll and Kristin Cavallari are at Republic in Charleston with a bodyguard and have been making out,” someone else told Deux Moi. 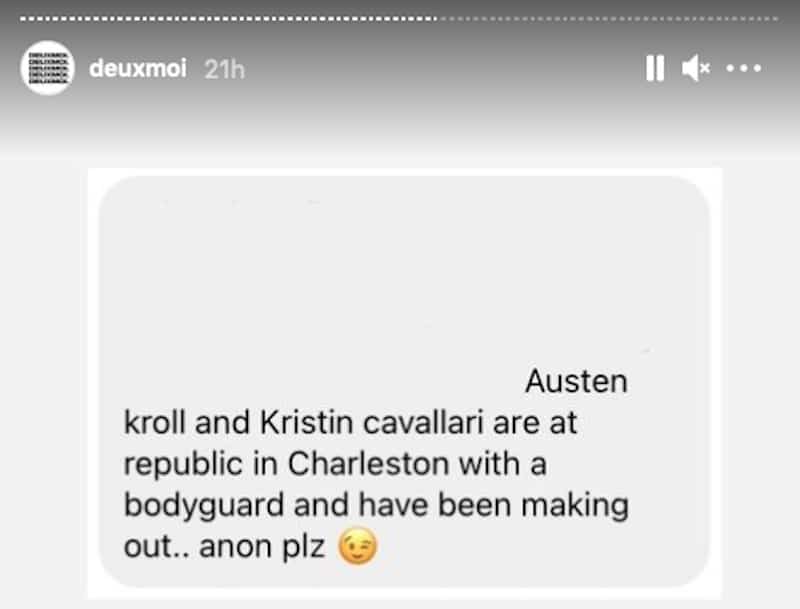 Although Austen and Kristin have remained mum on the latest reports regarding their potential romance, Austen did share an image of Kristin posing on a Dodge Challenger SRT on his Instagram Stories on Sunday.

“Fast and Furious 42,” he wrote in the caption. 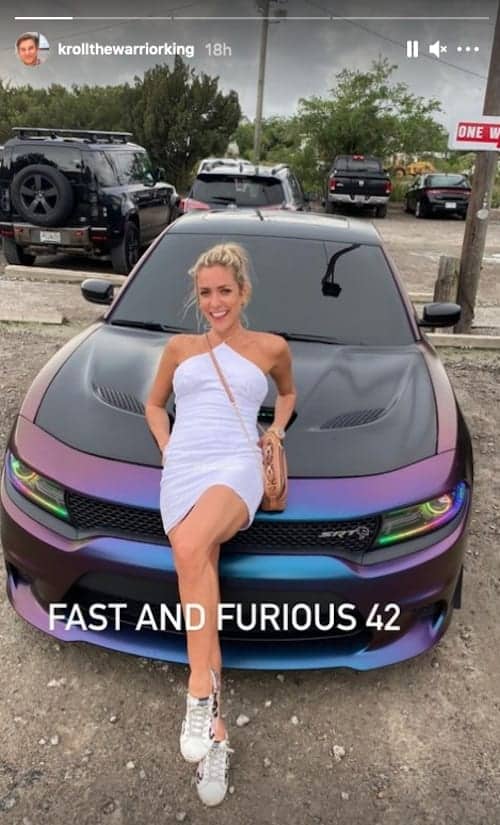 In addition to rumors of a romance with Austen, Kristin has also faced reports suggesting she could take part in the upcoming season of Southern Charm. However, after Craig told Us Weekly that he was hopeful she would appear on camera at the opening of his Sewing Down South store, she told the magazine there was no chance she’d be featured.

“They say, ‘Never say never,’ but I can confidently say I’m never going to do Southern Charm,” she shared. “I love Craig. I don’t know! I don’t know why he was saying that stuff.”

Southern Charm season eight is currently in production and expected to premiere on Bravo sometime later this year.