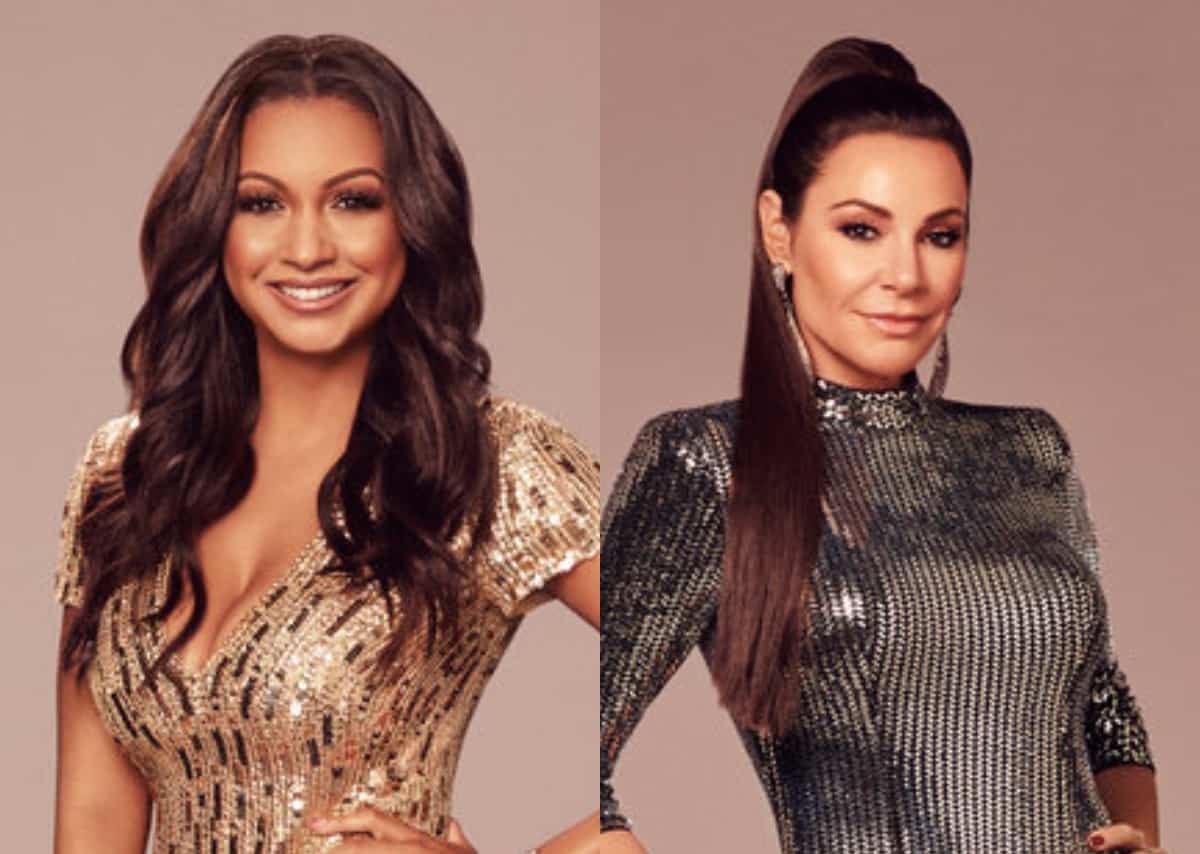 Eboni K. Williams is admitting that she and Luann de Lesseps both lost trust in one another after the blowup seen on Tuesday’s episode of The Real Housewives of New York City.

After Eboni, 37, was seen accusing Luann, 56, of labeling her an “angry Black woman” amid an argument between Ramona Singer, 64, and Leah McSweeney, 38, the television host said she doesn’t mess around when it comes to “the judgment and demonizing and stigmatizing of women.”

“It was really tough, and it did affect I think very much so my relationship with Luann and it took a long time for us to kind of get to a place of any kind of repair around it, because I think after this blow up that we have, I think there was a question mark on both ends around trust. Can I trust your intentions for me as a woman, as a person?” Eboni told Us Weekly on the June 4 episode of their Getting Real with the Housewives podcast. “In a friendship, it’s hard to have an authentic connection when there’s a lack of trust.”

After Eboni and Luann’s argument on the latest episode of RHONY became a discussion about race that Luann wanted no part of, she kicked the series’ first Black cast member out of her home.

Prior to the episode, Eboni shared a cryptic post on Instagram in which she confirmed she would be taking two weeks off from social media due to the “intense” and “important” episodes that were to come.

Although Eboni confirmed she and Luann are in a “solid place” today, she added that there is still room for them to grow before suggesting that some of the women have a lack of understanding about race due to the generation they grew up in.

“I think, frankly, some of this is generational. I think we just have to be honest about that. These women were coming into their womanhood in a very different society as it relates to the liberation of women,” Eboni explained. “Leah and I are very fortunate to kind of stand on the shoulders of the previous generations’ work around that. I think some of that is at play and it’s difficult to talk about without it all sounding like you’re agist or shaming the women because where they are generationally.”

According to Eboni, she understands that the older women of the RHONY cast may never see things in the way that she does.

“But we just don’t want to be shamed or stigmatized around our authentic experience,” she added.