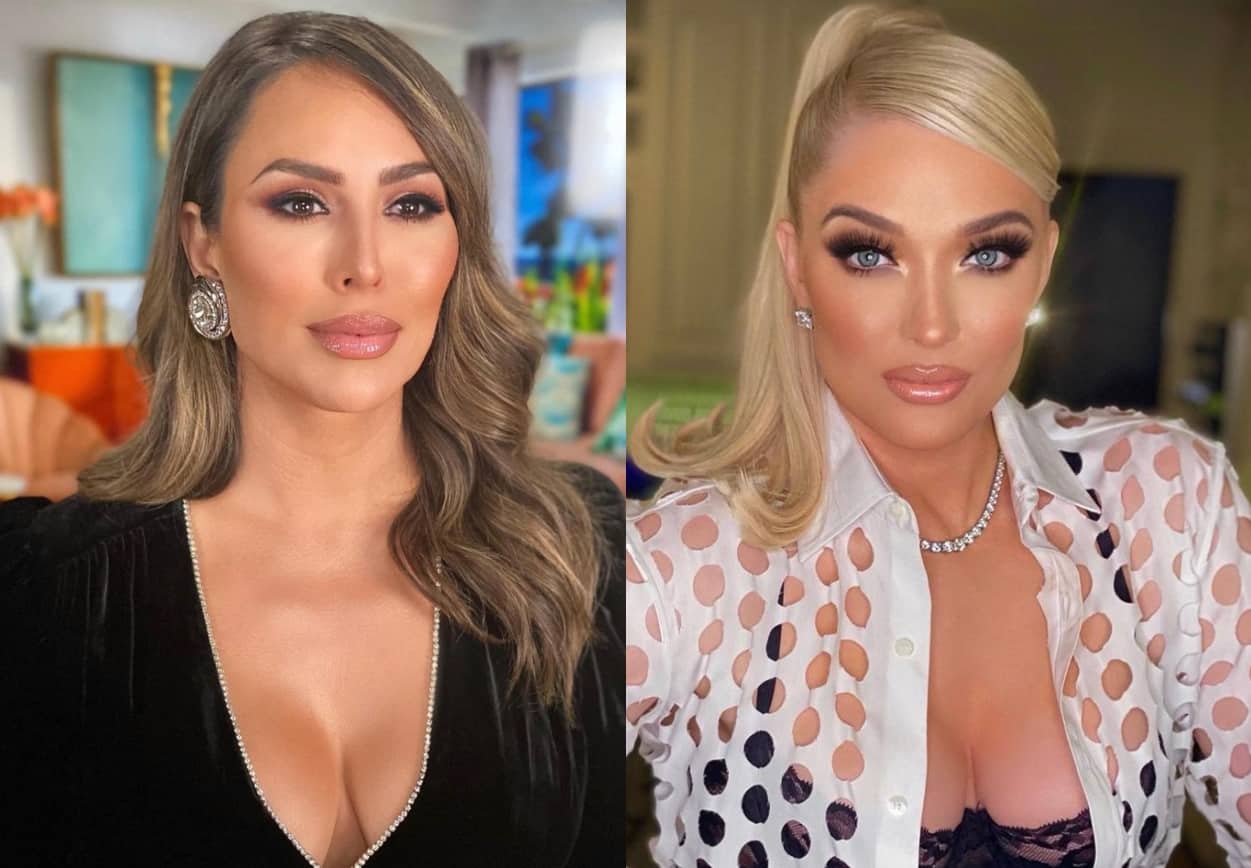 Kelly Dodd found herself in tears as she tuned into The Housewife and the Hustler, a documentary about Erika Jayne and Thomas Girardi‘s alleged crimes against his former clients.

After watching the ABC special, which premiered on Hulu earlier this month, the former Real Housewives of Orange County cast member reacted to the ongoing scandal while also sharing her thoughts on what the Real Housewives of Beverly Hills star should do to repay her and Thomas’ reported victims.

After coming across a post about Erika and the documentary on Instagram, Kelly admitted to crying “so hard” for those who were allegedly conned out of settlements Thomas had won on their behalf.

“I just watched that last night and I cried so hard for those victims .. why did her lawyers drop her ? If I were her I would sell all my stuff and give it to those victims that were hustled for 40 years. Act in good faith,” Kelly wrote in a comment. 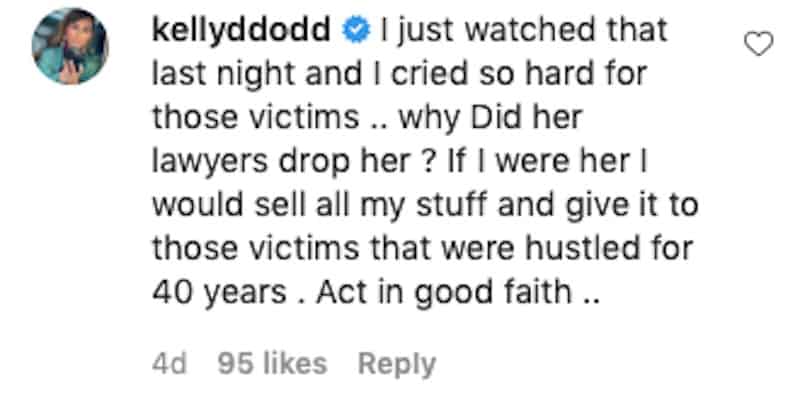 Following the sharing of her comment, an insider confirmed the ex-RHOC star first met Erika in late 2019.

“Kelly met Erika at Bravocon in 2019 and says ‘she was really nice’ and sent her a pair of her shoes from her shoe line,” the source explained to Page Six, adding that Kelly hadn’t spoken to Erika recently.

Hours after the premiere of The Housewife and the Hustler, which raised questions about how much the RHOBH cast member knew about her husband’s legal malpractice, Erika’s lawyers filed a motion to be withdrawn from the ongoing bankruptcy cases against Thomas and his firm, Girardi Keese.

Then, just days later, they decided to remain on the case.

Although Erika filed for divorce from Thomas in November 2020, some believe she did so only in an effort to protect her assets.

Edelson PC, the class-action law firm representing a number of Erika and Thomas’ alleged victims, said in their lawsuit that “while Erika publicly filed for divorce … on information and belief, that ‘divorce’ is simply a sham attempt to fraudulently protect Tom’s and Erika’s money from those that seek to collect on debts owed by Tom and his law firm GK.”

While Erika has been fairly silent in the months since she and Thomas were accused of working together to embezzle millions from his former clients, including orphans and widows of plane crash victims, she said in the trailer for RHOBH that “no one knows the answer [about what is going on] but him.”