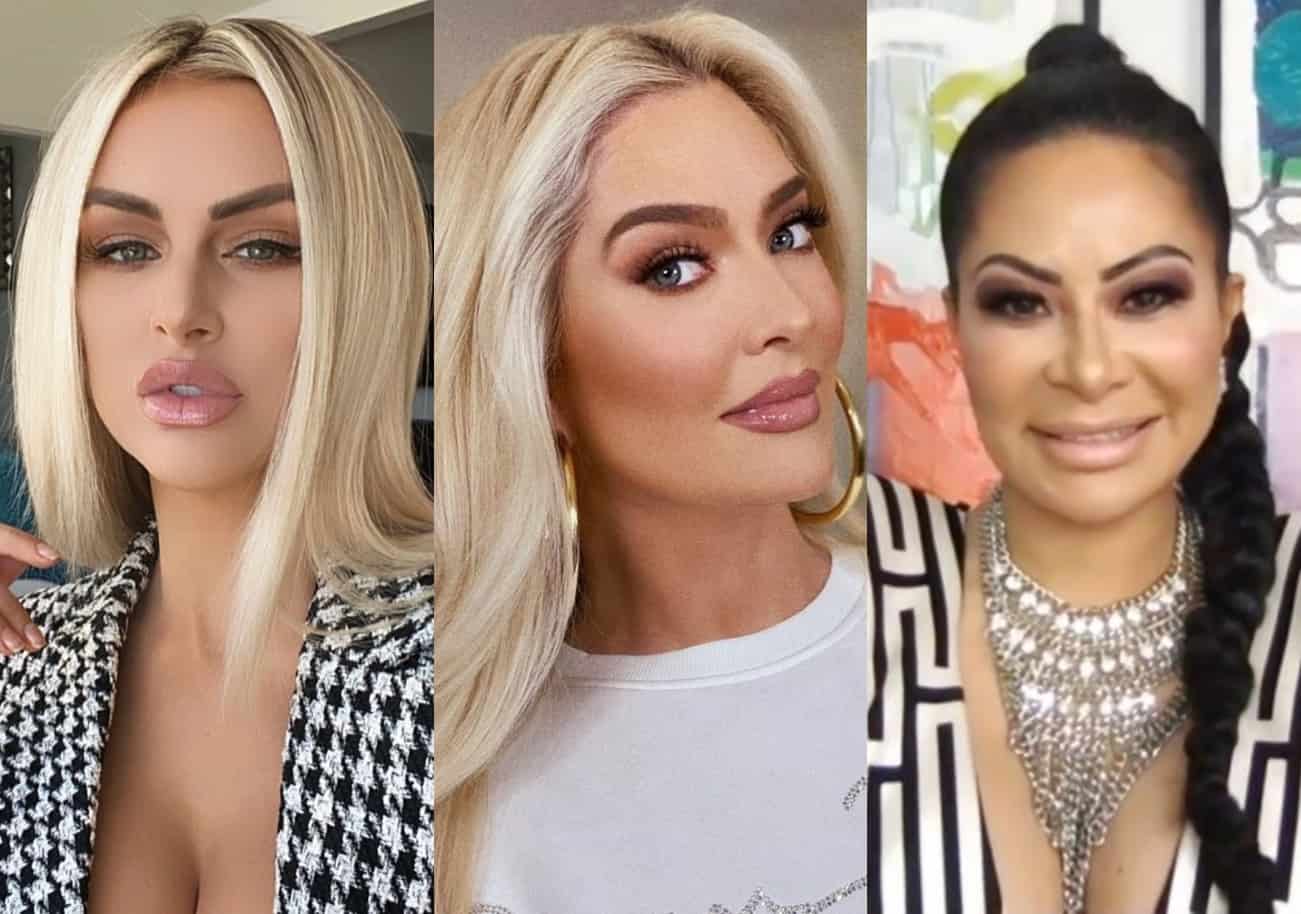 Lala Kent shared her thoughts on joining the cast of The Real Housewives of Beverly Hills during a podcast appearance earlier this week.

Before shading Erika Jayne amid her ongoing legal drama and reacting to the fraud allegations recently brought against Real Housewives of Salt Lake City star Jen Shah, the Vanderpump Rules cast member revealed if she was open to the possibility of becoming a “housewife.”

“I definitely would do [RHOBH]. Of course. Who wouldn’t want to become a housewife? I mean, it’s a completely different level,” Lala asked hosts Jackie and Claudia Oshry while appearing on the June 22 episode of The Morning Toast.

That said, Lala, who is currently engaged to movie producer Randall Emmett, doesn’t believe she’s the right fit at the moment.

“I’m still a little bit too young for the space. I have a brand new baby. Maybe down the line, I would be into it, but then I watch the show, and those b-tches don’t play. I’m tough in the space I’m in, but would I be as tough in that space?” she wondered.

According to Lala, the RHOBH cast doesn’t hold back and brings “real-life stuff” to the surface.

“[Pump Rules] is very much, I don’t want to say a watered-down version, but no one’s husband is robbing people,” she explained, giving a nod to claims that Erika and her husband, Thomas Girardi, stole millions from his former clients.

When Lala, a Utah native, was then asked if she liked the debut season of RHOSLC, which premiered in late 2020, she told the hosts that Bravo “did a really great job” with the series.

“I watched every episode, and I hear this next season is insane,” Lala shared. “I’ve heard that they are like in [Jen’s legal drama]. I think it’s going to be one of the best seasons of the franchise… Jen Shah, she’s so sweet. So when I saw those headlines, I was like, ‘How can this be? What is happening?’”

Also, during her interview on The Morning Toast, Lala admitted to facing challenges as a working mom.

“I still struggle with it. The days where we have to leave for an entire day, it’s definitely difficult. But I’ve had the luxury of a night nurse so I get to pass her off and get a good night’s sleep and during the day, I have someone come in to watch her, which again, is a luxury,” Lala revealed. “It’s definitely a struggle leaving your kid behind, but every person who has to be a working mom has to do it.”

“But I’m very envious of [Scheana Shay] who gets to leave her baby with her mama,” she added.