Home Real Housewives of Orange County News RHOC Alum Braunwyn Windham-Burke Shares Update on Oldest Daughter Bella, Blasts Press for Accusing Her of Calling Paparazzi on Herself, Plus Does Husband Sean Get Along With Girlfriend Fernanda?

RHOC Alum Braunwyn Windham-Burke Shares Update on Oldest Daughter Bella, Blasts Press for Accusing Her of Calling Paparazzi on Herself, Plus Does Husband Sean Get Along With Girlfriend Fernanda? 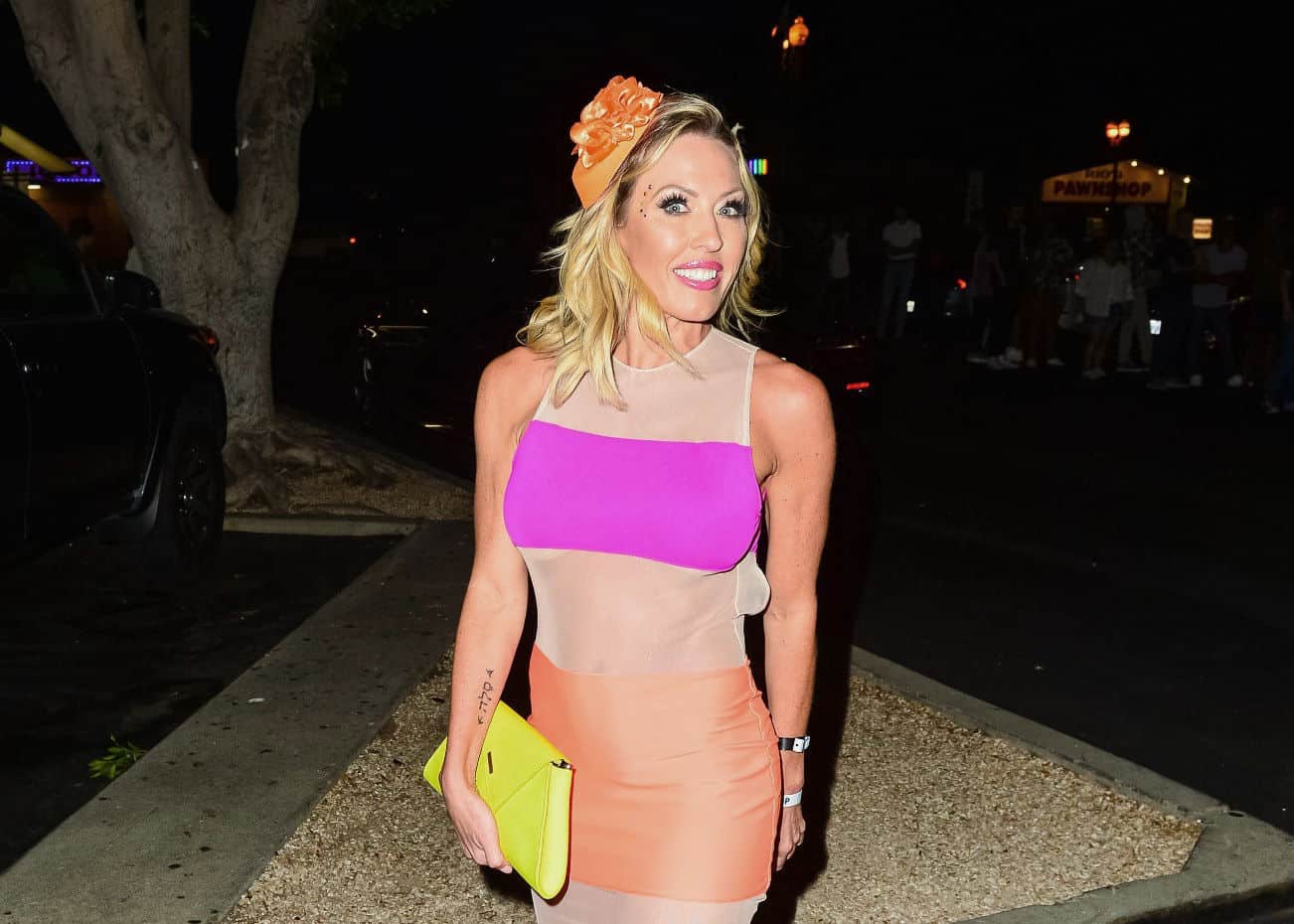 Braunwyn Windham-Burke had a lot to say on Instagram on Monday.

Just under two weeks after the mother-of-seven was booted from her full-time position on The Real Housewives of Orange County, along with Kelly Dodd and Elizabeth Vargas, Braunwyn hosted a Q&A for her fans and followers before going on a rant against Radar Online, who accused her of calling the paparazzi on herself over the weekend.

“How is your eldest with all the attention on [you] now? She seemed like she didn’t enjoy it at first?” a fan asked on June 28.

“My oldest lives on her own with her boyfriend so she does well,” Braunwyn replied on her Instagram Story. “They come over. They hang out. Bella’s off. She’s 21. She’s living her own life, her own dreams. She’s an amazing woman, too.” 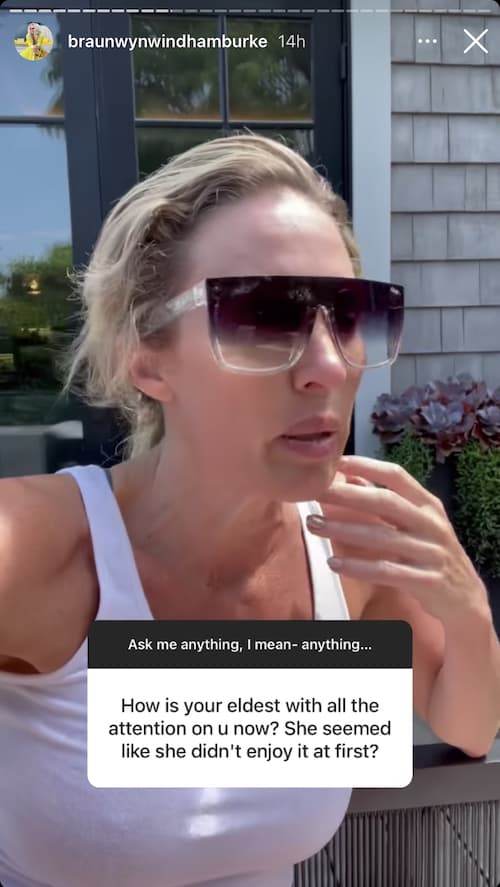 “How does [your husband Sean Burke] get along with your girlfriend [Fernanda Rocha]?” asked a second fan.

“Sean and Fernanda, they get along really well,” Braunwyn confirmed. “Fernanda’s a really cool girl, Sean’s a really cool guy and we are all very honest with each other and we have fun. The other night, we all went out dancing together. We had a great time.” 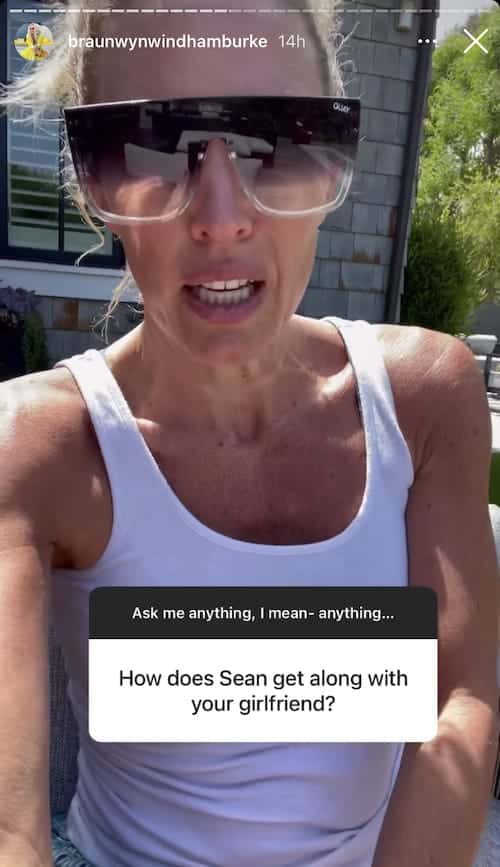 As RHOC fans may know, Braunwyn went public with Fernanda, who previously starred as a “friend” alongside Tamra Judge on season six, earlier this month.

“Is Sean dating anyone?” a third fan wondered.

“I’m going to answer two questions in one. One, do I still live with Sean? [Yes]. Two, is Sean dating anyone? I don’t know, did she say yes to Friday?” Braunwyn says as she turns to her husband, who is beside her. 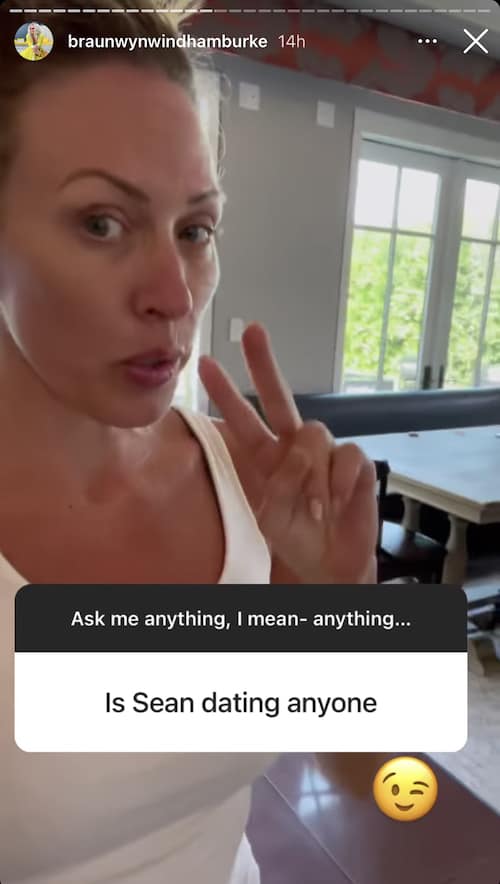 In another series of posts shared to her Instagram Story, Braunwyn fired back at Radar Online for their claims regarding her recent outing at Strut, a gay club in Costa Mesa, California.

“Okay, Radar Online, first of all, f-ck you. I went to Strut for [an] event for OC Pride. There was a step and repeat with a photographer. That’s not calling the paparazzi. That’s taking photos because it’s an important cause. So [f-ck] you for making that to something it wasn’t,” she stated. 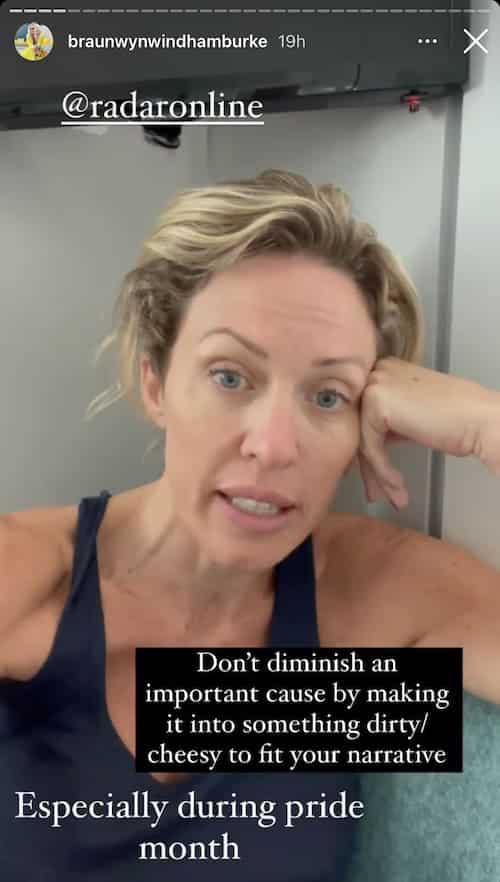 “It was a beautiful night for a great event, and for you to make it something dirty and cheesy, no,” she continued. “You keep saying I call paparazzi. No, I don’t. But I do stop and pose for photos on step and repeats, especially for good causes.”

“Also,” Braunwyn added, “Sean was there. We took photos together. If you didn’t buy them, that’s on you.”

The Real Housewives of Orange County season 16 is expected to go into production sometime in July.