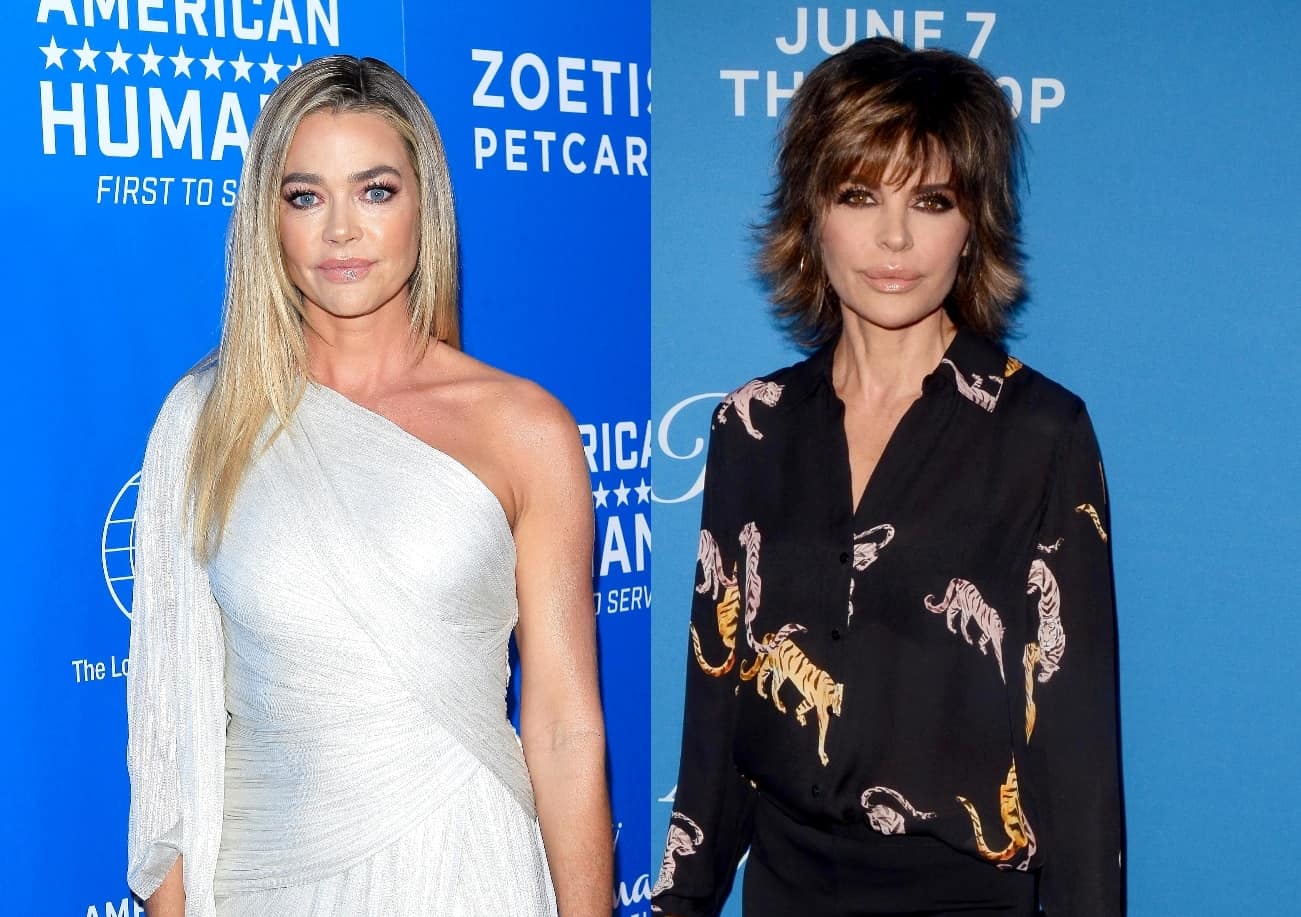 Denise Richards is clapping back as rumors continue to swirl in regard to her potential return to The Real Housewives of Beverly Hills.

After her former castmate and friend, Garcelle Beauvais, appeared on last Wednesday’s episode of Watch What Happens Live and told host Andy Cohen that she believed Denise wanted to come back to RHOBH, Denise took to Twitter, where she fired back at reports suggesting she demanded Lisa Rinna be fired first.

“Pay no attention to the haters – would love to see you come back!” a fan wrote to Denise on July 2 as a number of critics called out the actress for hiding her real life from the Bravo cameras.

“Thank you. And for the record. Did not demand an ultimatum,” Denise revealed.

While Garcelle did say that someone may have to go before Denise would return to the show, she did not say who that person was or clarify if Denise had shared that information with her.

“She’d come back for the [money]. Not to actually share her life on a reality show, which was the assignment,” another person said.

“What show did you watch? I did show my life,” Denise replied. 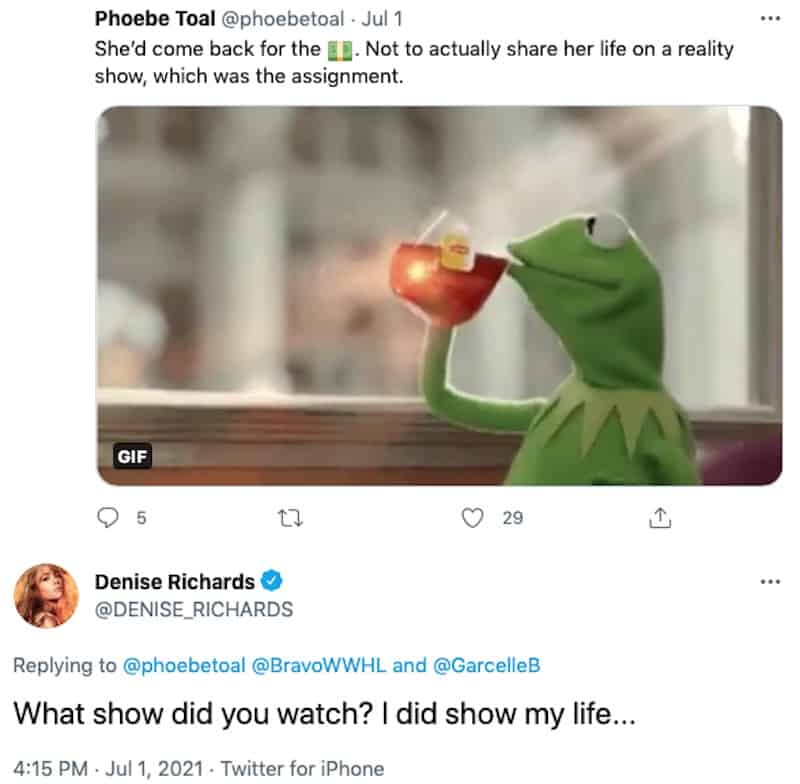 As a number of critics continued to suggest that Denise wasn’t honest with the cameras, another person pointed out that she shared a lot more than cast members from other franchises have.

“[Denise] showed/shared more with us in [two] seasons than some wives do on their entire run [for example, Emily Simpson or Gina Kirschenheiter from The Real Housewives of Orange County], aside being arrested [and] having a sh-tty husband you have to talk about that, Denise was open honest raw as could be,” the fan wrote, adding that the RHOBH audience loved Denise on the show, which was upsetting for the rest of the women.

“Thank you. And with the very humiliating [and] public divorce I had, everything has been out there,” she added. 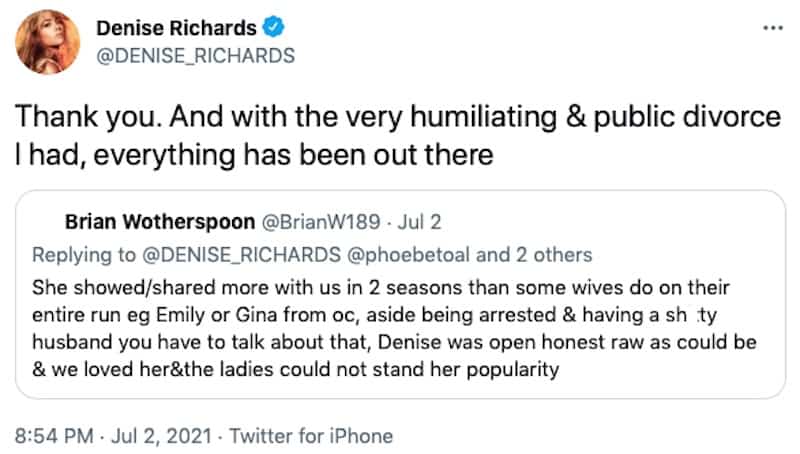 Following rumors of Denise’s supposed ultimatum, Lisa took to her Instagram page, where she responded to her former castmate’s potential demands.