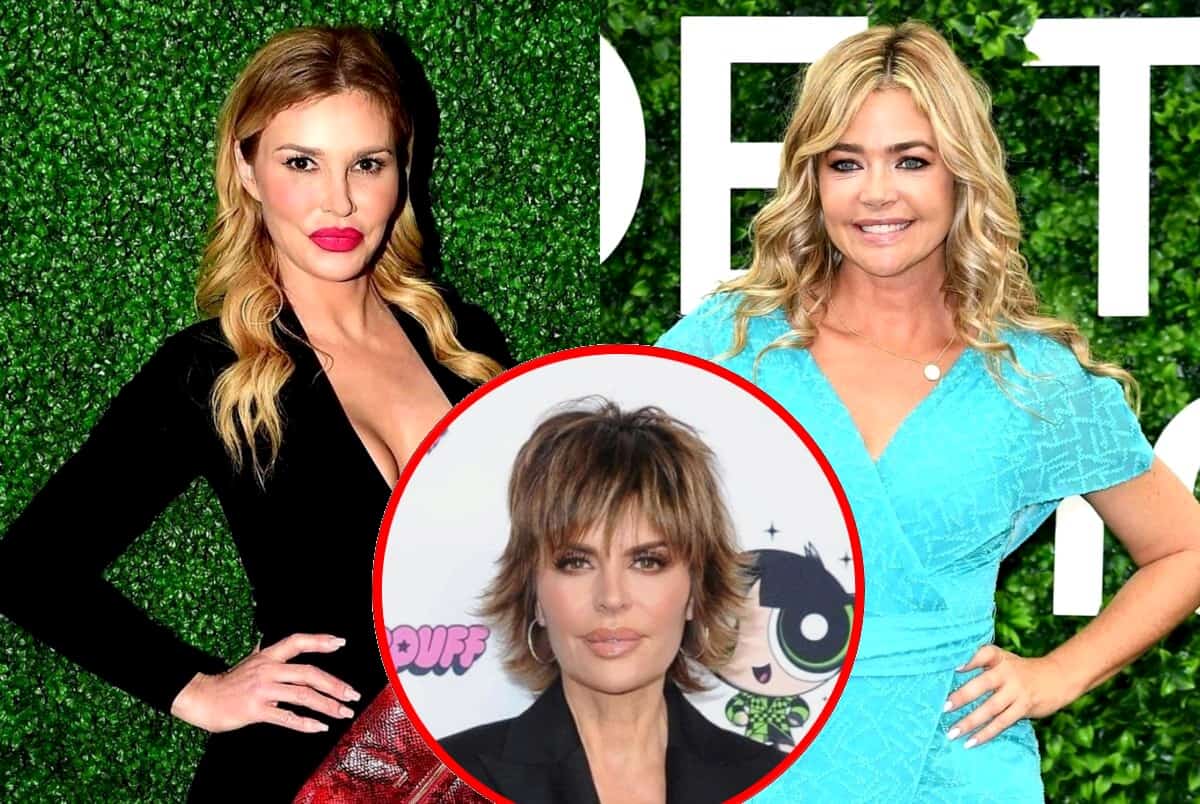 Brandi Glanville is inserting herself into the recent drama involving Denise Richards and Lisa Rinna as she calls Denise the “ultimatum queen.”

Though Brandi claimed last month that Denise had offered her a “public olive branch” after Denise “liked” her photo on Instagram — which the actress subsequently “unliked” — the former Real Housewives of Beverly Hills star is slamming her former co-star once again.

As fans have likely heard, Denise recently denied claims suggesting she demanded that Lisa Rinna be fired from the show so that she could return after Garcelle Beauvais seemingly hinted at the notion on Watch What Happens Live.

“And for the record. Did not demand an ultimatum,” Denise tweeted on July 2 after thanking a fan who encouraged her to “ignore the haters” who accused her of hiding her real life on RHOBH.

Following Denise’s tweet, Brandi decided to weigh in on the former Bond Girl’s denial, claiming Denise has given the network an ultimatum before.

“Funny [Denise Richards] claims not to have given Bravo an ultimatum with [Lisa Rinna] but she sure did with me! She told Bravo she would not participate in the reunion if I was there so I was canceled morning of. Bravo paid me double [’cause] they felt bad,” she tweeted on July 7, adding an [ultimatum] queen hashtag. 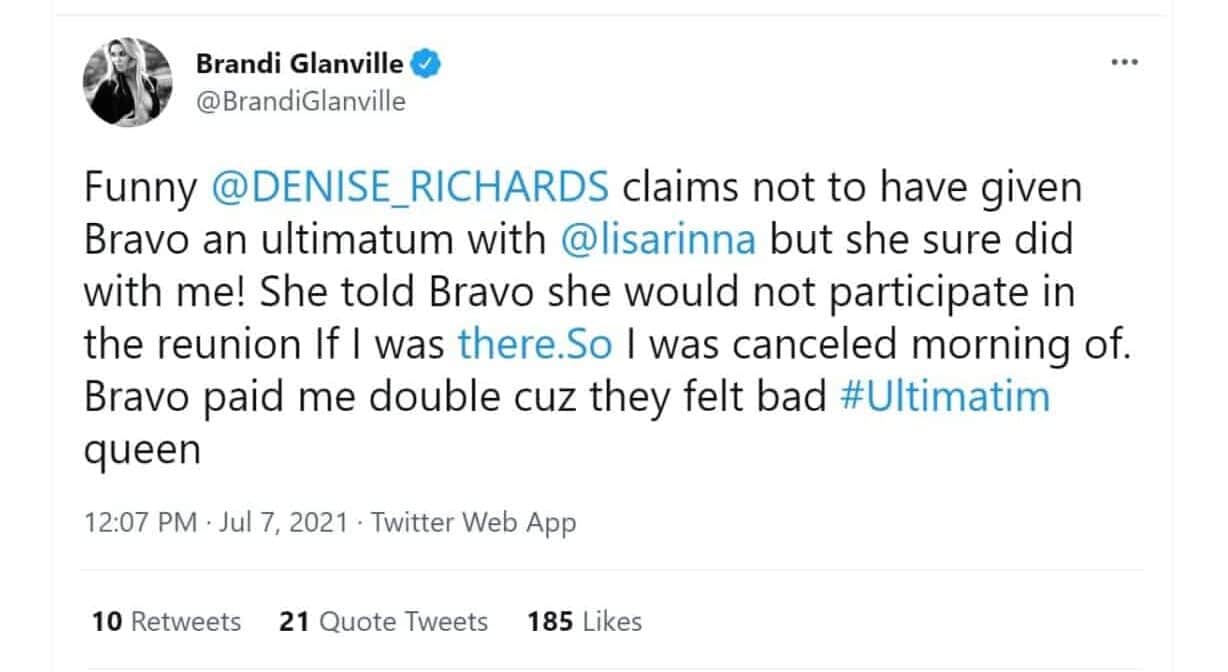 If fans recall, Brandi was originally set to attend the season 10 reunion to hash out her differences with Denise after the mother-of-two alleged that she and Wild Things actress “had sex.” However, at the time. Brandi claimed she and the network “mutually agreed” on the day of the taping that it would be in the cast’s best interest if she did not attend.

“They wanted the other women to hash out their differences without me being there,” she told Celeb Magazine at the time. “Had I been there, I would have been the [Camille Grammer] of the last reunion. I would come in at the end of the reunion and then I would end up being the focal point even though I wasn’t a full-time cast member.”

It’s also interesting that Brandi now claims Bravo paid her “double” what she would have earned if she had been present for the sit-down since she has complained about not being paid in the past.

“I make no money and then they use me the whole season for their PR,” she alleged in August of last year.

For the time being, Denise has yet to respond to Brandi’s tweet, but it’s highly unlikely she’ll even acknowledge her former friend’s latest remarks.