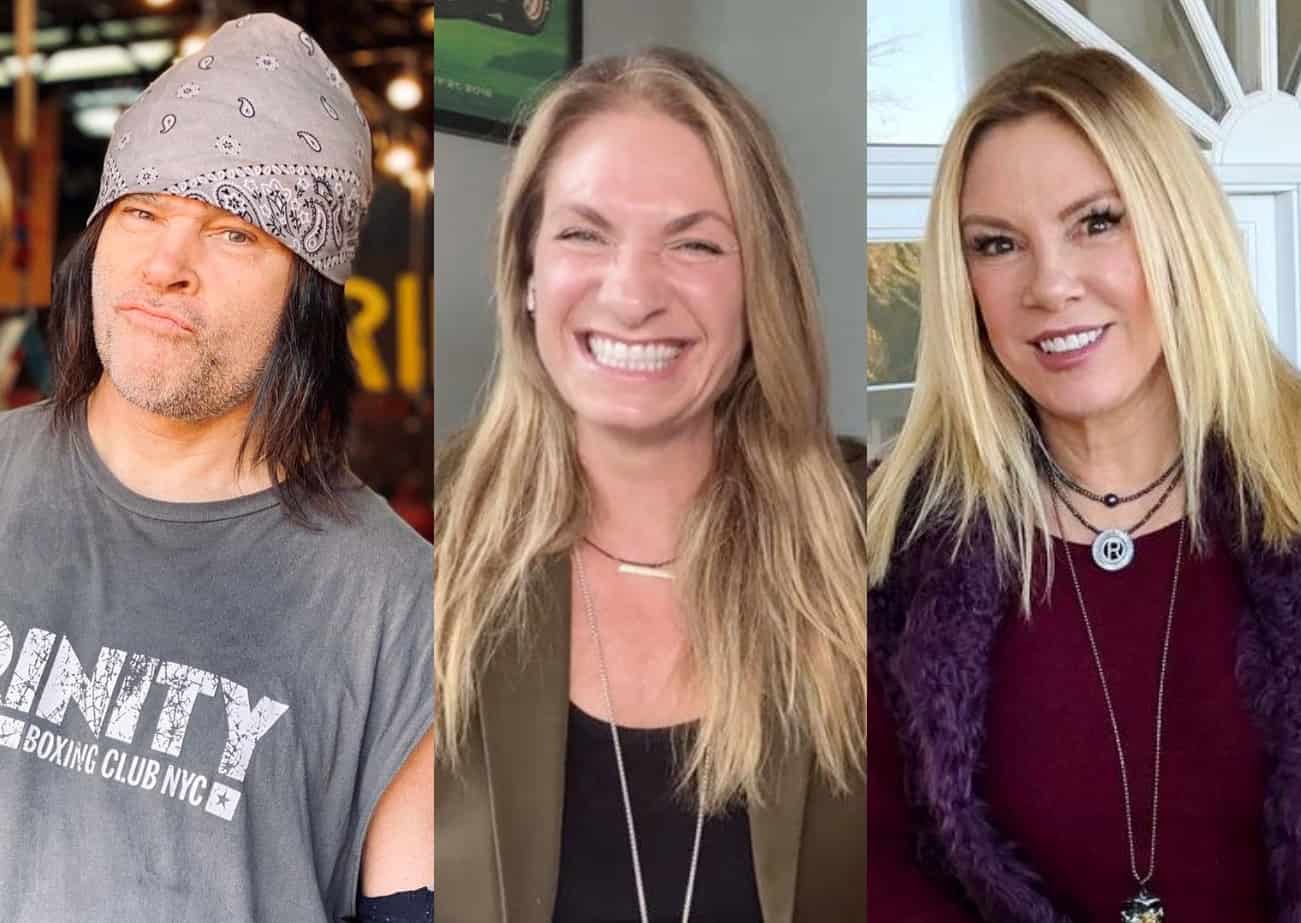 Martin has made several appearances on the Real Housewives of New York City, including the latest episode, where he was seen training Sonja Morgan and Eboni K. Williams. Though he complimented both women during the scene, he apparently had a lot more say. So he took to Instagram to share his thoughts on the cast — and a few others —  following the July 27 episode.

“I am in awe of these women. Starting with the ever Amazing [Leah] McSweeney for whom I would go through hell and back, to these two gems right here, and all the other great women on the show,” he began in the caption of a photo he shared with Eboni and Sonja.

Then, seemingly out of nowhere, he went on to slam Scott Kluth for his treatment of former star Tinsley before weighing in on Dorinda Medley‘s absence.

“I miss [Tinsley],” he wrote. “Honestly, any guy who insists you give up your career for him is a d*ck. Drop him. He’s not for you. I hope she comes back on the show. I never met Dorinda in person but without her personality that show’s not the same.”

Of course, he also shouted out the OGs, but he said Ramona “hates” him for reasons he cannot reveal.

“Luann [de Lesseps] is incredible and Ramona is a rock star even though I think she still hates me for reasons I am not at liberty to discuss because of some legal agreement I signed in haste,” he claimed.

But, he didn’t stop there as he went on to slam Heather by calling out her alleged racist behavior earlier in the season before quoting one of Lisa Rinna‘s famous lines.

“I didn’t meet Heather and I am thankful for that. I don’t like backstabbers,” Martin snarked. “If you’re going to apologize for being a racist, don’t turn your mea culpa into a wea culpa. You f*cked up. We didn’t. Own it girl.”

Martin also seemingly disagrees with those who have called the season boring as he claims that “years from now people will look back on this season and marvel.” Furthermore, he offered his undying support for Eboni, telling his followers, “it’s only called preaching when you don’t want to listen.”

He concluded the post by teasing a future scene with the cast, which he believes could be award-winning.

“Wait till the episode I have these ladies see who can hock a loogie the farthest. I may have breached some confidentially agreement but honestly, I don’t give a f*ck. I might win an Emmy,” he wrote.

Nevertheless, it seems both Leah and Eboni appreciate Martin’s support as Leah commented with fire emojis, while Eboni simply wrote, “You Martin,” along with a heart emoji.