Home Real Housewives of Beverly Hills News REPORT: Erika Jayne Gave “No Approval” on Collectibles Being Sold at Auction, Wants Payment Settled So She Can “Move on” as Attorney Speaks

REPORT: Erika Jayne Gave “No Approval” on Collectibles Being Sold at Auction, Wants Payment Settled So She Can “Move on” as Attorney Speaks 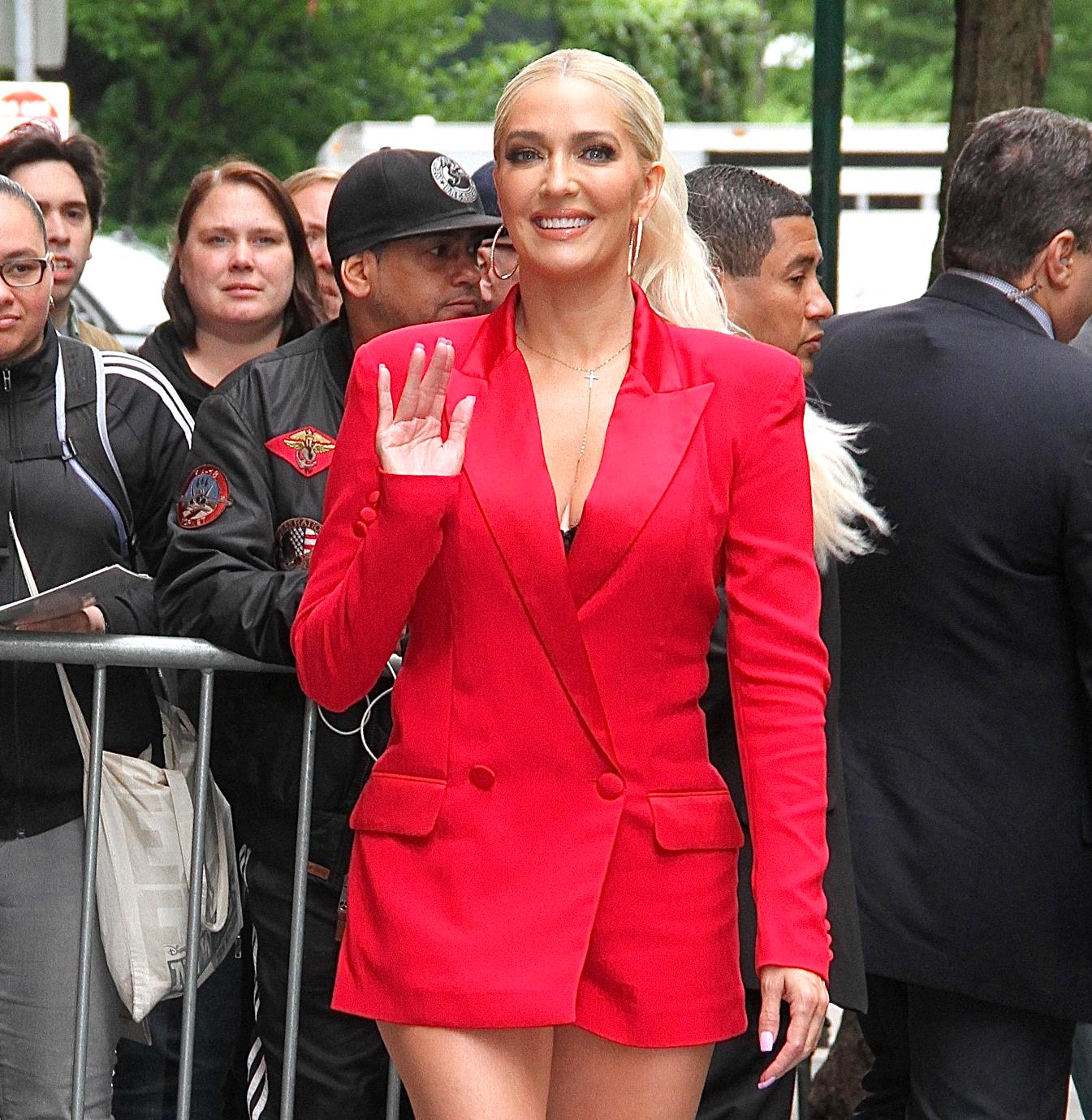 Erika Jayne had no say in her collectible items being put up for auction amid estranged husband Thomas Girardi‘s bankruptcy proceedings.

According to a new report, the Real Housewives of Beverly Hills cast member did not approve of the sale and didn’t enjoy seeing it make headlines. However, at the same time, she’s reportedly hoping the auction will lead to the repayment of those Thomas owes so she can “move on.”

“These are all seized items,” a source told Us Weekly on August 17. “She had no approval on what was going to be auctioned off and what’s not auctioned off.”

Erika “doesn’t have a say either way,” the insider continued. “She’s just letting the law firm do what it needs to do. She wants the payment to be settled so she can just move on in life.”

In July, it was confirmed that the “office furniture, business machinery and equipment, as well as furnishings and decorations comprised of art, oriental rugs, sports memorabilia, wine, music memorabilia, statues, vintage law (and other) books, a vintage piano, a Cadillac DTS and much more” of Girardi Keese would be sold in an auction to pay off Thomas’ former clients, creditors, and other lenders. But when the auction was actually launched, bidders learned a selection of “Erika Jayne collectibles,” including the RHOBH cast member’s signed magazine covers, framed photos, and the Billboard plaque for her 2009 single “Roller Coaster,” were also available starting at $350.

Throughout the legal scandal that she and Thomas have been facing for the past several months, Erika has maintained her innocence, claiming she was completely in the dark about her husband’s alleged crimes.

“When I entered this marriage 27 years old, which was 20 years ago, Tom had everything — it was all set up, so I just inserted myself in there,” Erika said during a July episode of RHOBH. “Just because you ‘have a lot of money’ doesn’t mean you ‘have a lot of independence’ and if you’re not in charge of your own finances from the get, where are you going to go?”

In a statement to Reality Blurb on August 17, attorney Ronald Richards said that while Erika “did not have a choice” when it came to her items being auctioned off in Thomas’ auction, she also didn’t fight the sale.

“She didn’t object to the auction,” he shared.