by Lindsay Cronin May 27, 2021 247 comments
ShareTweetWhatsappPinterestRedditTumblrMailFlipboard

Erika Jayne‘s starring role on The Real Housewives of Beverly Hills may come back to bite her.

One week after the performer was featured on the premiere episode of season 11, attorney Ronald Richards confirmed that by admitting to using an antidepressant on the show, she waived her psychiatrist patient privilege.

“Initial privilege comments about the first episode: There was a complete waiver of the psychiatrist patient privilege and there was an admission of being under the influence of Lexapro,” he tweeted on May 26. “This was one of many admissions that the show has provided thus far. More to come soon…”

In response to Ronald’s post on Twitter, one woman sought to clarify that Erika’s medical records were now able to be discussed in open court.

“When one talks about them on TV, yes,” he confirmed. 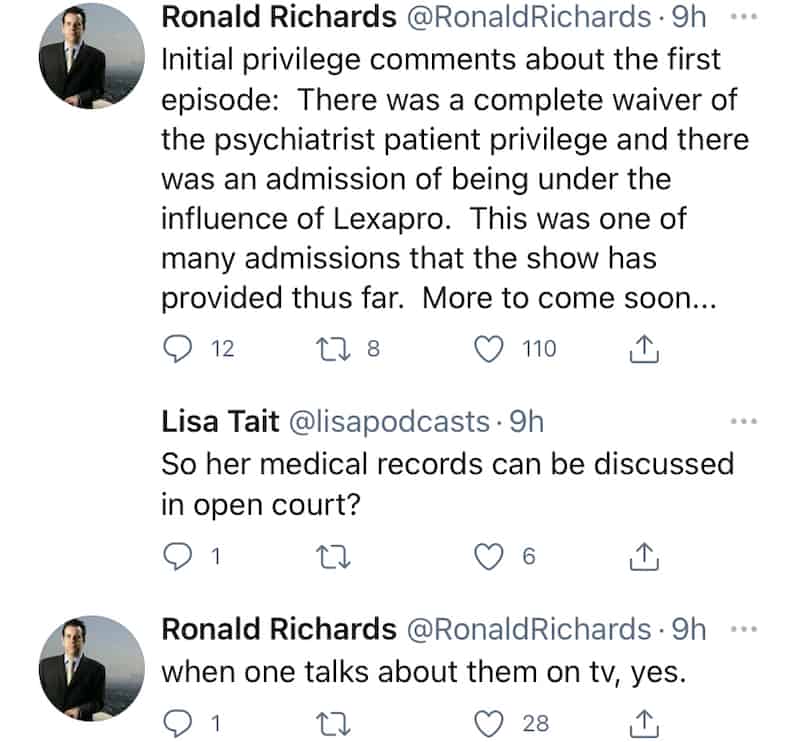 During the premiere episode, Erika admitted to losing herself amid the coronavirus pandemic.

“I couldn’t shake it. I was feeling this incredible dread. Who am I if I’m not working?” she wondered. “Every day, I woke up, and I dreaded waking up. So I called the psychiatrist and I went on Lexapro.”

Erika then told her castmates that the antidepressant was the “greatest thing.”

Also on Twitter this week, Ronald responded to another person who wanted to know if there was a total number on how much Thomas Girardi and his law firm, Girardi Keese, were being sued for. 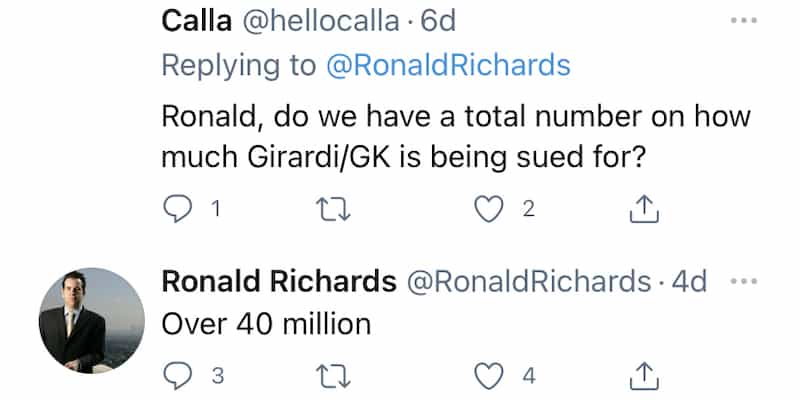 In addition to owing millions to former clients, Thomas is also accused of owing millions more to creditors and other lenders he borrowed from in recent years but failed to repay.

Prior to the show’s premiere, it was reported that investigators would be keeping close tabs on what Erika says and does on the show in an effort to gather evidence against her and her now-estranged husband.