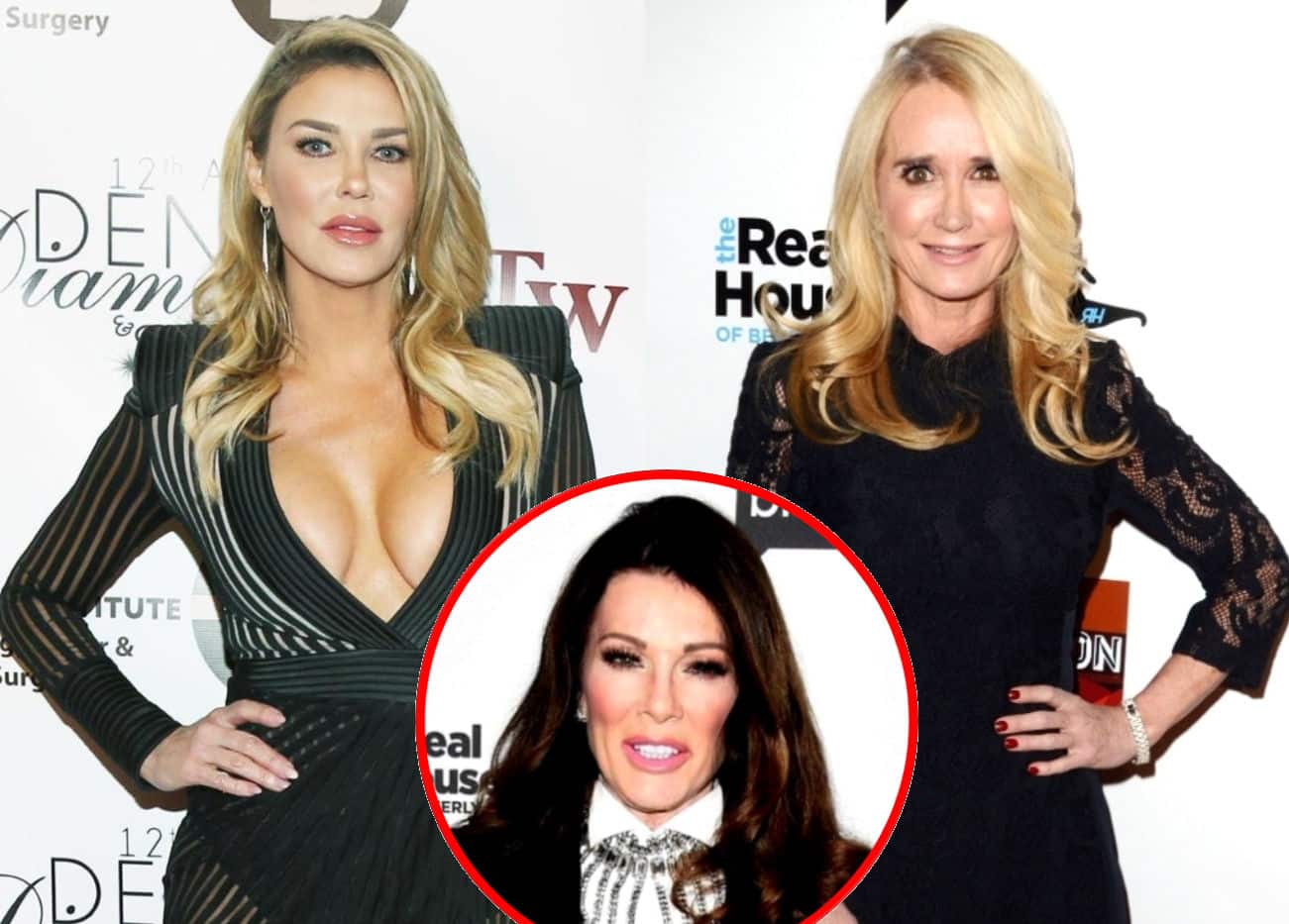 Brandi Glanville confirmed she is no longer in touch with Kim Richards on Wednesday night’s episode of Bravo’s Chat Room.

After host Porsha Williams of The Real Housewives of Atlanta questioned the former Real Housewives of Beverly Hills cast member about which of her season five co-stars she’s still in touch with, Brandi opened up about a hot tub fight that led to her current estrangement from Kim.

As for the rest of the RHOBH season five cast, Brandi said she’s still in touch with most of her former castmates, aside from Lisa Vanderpump, of course.

“I will never, ever want to see, I’ll call [her] LVC, again. I text with [Yolanda Hadid], I text with [Lisa Rinna], [and Kyle Richards] and I talk and text often,” Brandi explained, giving a nod to her ongoing feud with Vanderpump, who she’s frequently dissed as “Lisa Vander-C-nt.”

Following the appearance, an insider told Entertainment Tonight that Brandi was exaggerating about her hot tub dispute with Kim.

Brandi and Kim had a moment together that “turned into a bit of a vicious fight, but all in good fun,” the source insisted, adding that the encounter took place over a year ago in a hot tub filled with just two feet of water.

Although what prompted the fight remains a mystery, this isn’t the first time Brandi and Kim have been on the outs. In fact, they’ve had an up-and-down friendship for some time. And, in April, Brandi confirmed they were not speaking due to a joke she made about threesomes in the midst of her affair claims against Denise Richards.

“We fight, it’s just because we do,” Brandi said at the time. “I last talked to her New Year’s Eve and I saw the promo for Housewives where [Kathy Hilton] said she changed her number. I don’t know if that’s the case. I texted her, I emailed her. Nothing happened to have us not be talking, and we have the Blonde and Blonder thing coming up [at] The Improv, we kept pushing it back, and so I don’t know where any of that stands now, because we’re not talking.”

“It’s depressing,” she continued, “and I talked to Kyle about it and, you know, Kyle is not that close to her either. So she’s like, ‘I don’t know what to tell you. You’ve been such a great friend to her. I don’t know what’s going on with her…’ So it’s sad because I do love her.”

The Real Housewives of Beverly Hills season 11 is currently airing on Wednesdays at 8/7 on Bravo.