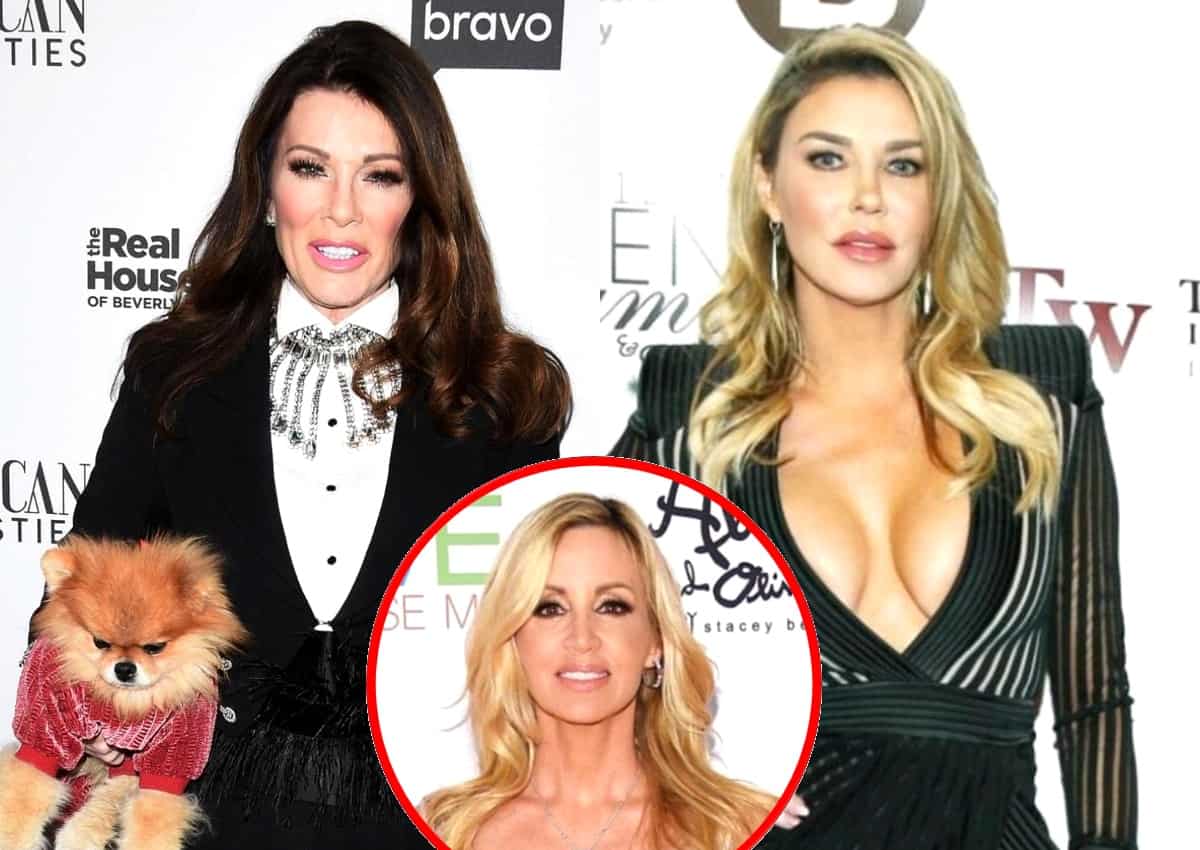 Lisa Vanderpump and Camille Grammer were mentioned on a recent episode of Brandi Glanville‘s podcast, and after hearing that Brandi had accused her of stooping to her level by trash-talking the Real Housewives of Beverly Hills cast on her own podcast, Lisa took to Twitter to set the record straight.

After Brandi told listeners, and guest Andy Cohen, that she had to remind people on Twitter that Camille lives in Malibu after she and Lisa supposedly suggested on All Things Vanderpump that none of the RHOBH cast lives in Beverly Hills, Lisa confirmed that Camille never actually appeared on her podcast.

“I thought Brandi didn’t lie… Camille has not been on my podcast….oh and she lives in Brentwood,” Lisa told a fan page on Twitter, according to a screenshot shared by Bravo Snarkside on Instagram. 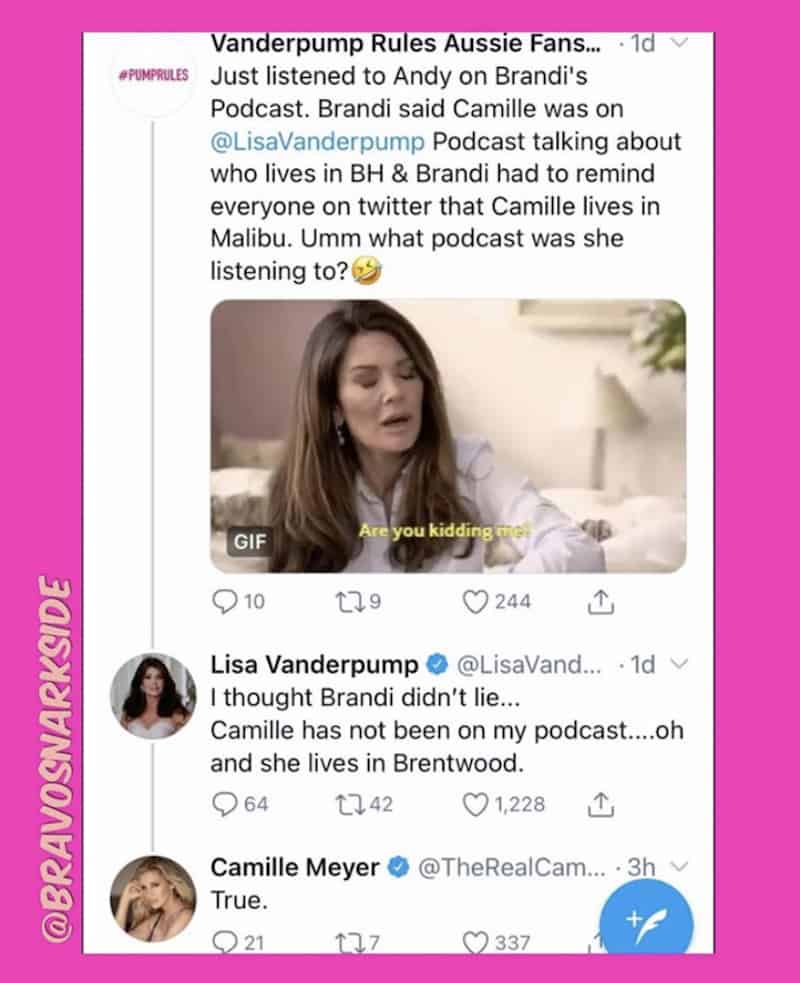 Camille also responded to another person on Twitter who slammed Brandi as a “disaster” for suggesting she listened to an episode of Lisa’s podcast that didn’t actually exist.

“Yep – straight out lie Brandi has told to Andy Cohen, that she listened to [Camille Grammer] on LVP’s podcast!! What a disaster she is,” the fan stated.

During the September 25 episode of Brandi Glanville Unfiltered, Brandi accused Lisa and Camille of calling out the women of RHOBH for failing to live in the correct zip code.

“I’m like, ‘Oh, she’s stooped to my level finally.’ I heard a little bit about her and Camille’s podcast about nobody lives in Beverly Hills and then I had to remind people on Twitter that Camille lives in f*cking Malibu,” Brandi said.

Brandi then added that she would have loved to have heard the parts that were “cut out” of the nonexistent podcast between her former co-stars.

“Oh to be a fly in that room. I want to know the parts they cut out,” she told Andy.