Home Real Housewives of Beverly Hills News Ex RHOBH Star Lisa Vanderpump Weighs in on Denise and Brandi Affair Drama and Admits She Wants to Speak to Denise, Dishes on Vanderpump Dogs Spinoff and Reveals If She’ll Welcome the Real Housewives to Her New Podcast

Ex RHOBH Star Lisa Vanderpump Weighs in on Denise and Brandi Affair Drama and Admits She Wants to Speak to Denise, Dishes on Vanderpump Dogs Spinoff and Reveals If She’ll Welcome the Real Housewives to Her New Podcast 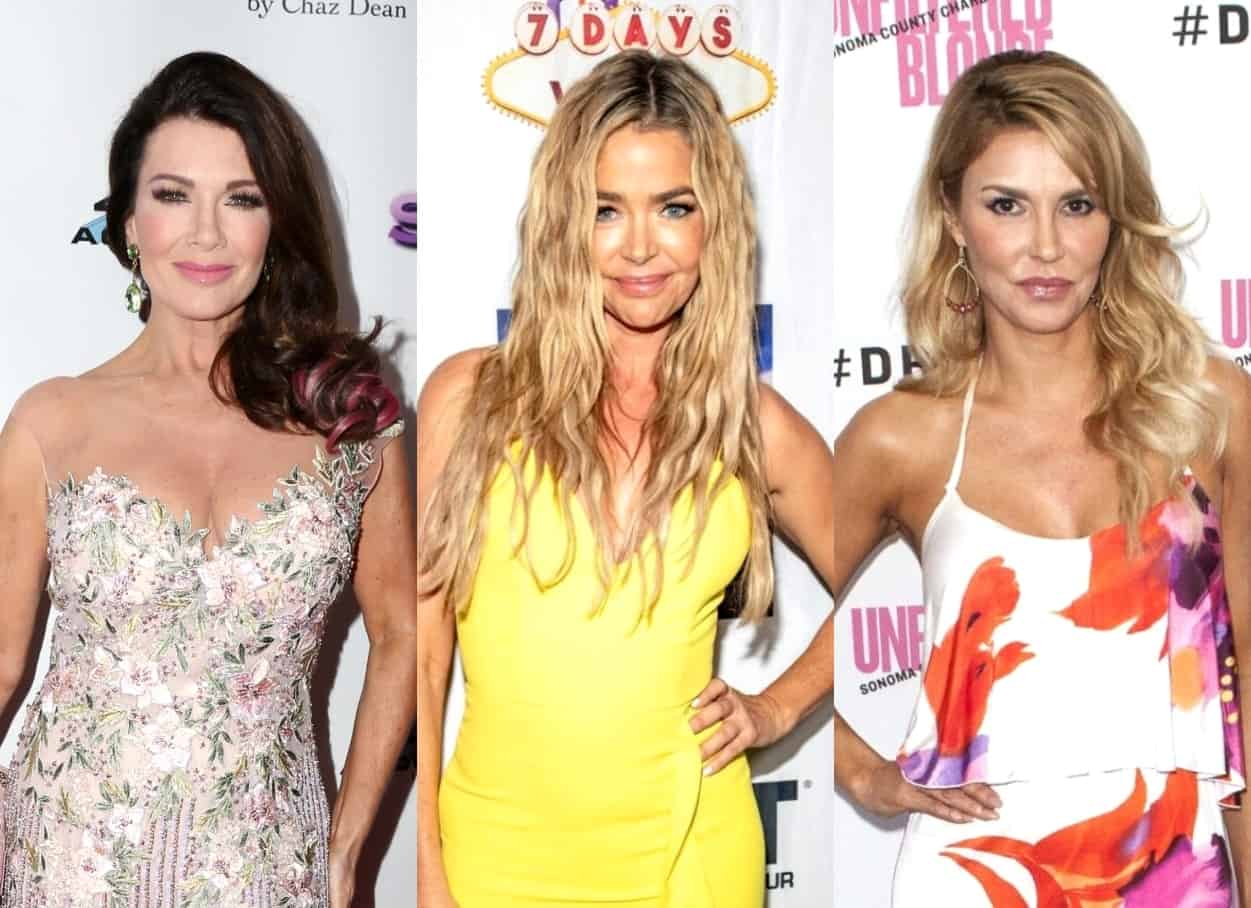 Lisa Vanderpump is putting in her two cents as the rumors regarding Denise Richards and Brandi Glanville‘s alleged affair continue to be a hot topic on The Real Housewives of Beverly Hills.

After insisting she hasn’t seen any episodes of the series since she quit the show last June, Lisa said she “probably” believes Denise’s side of the story before revealing she would “love” to speak to her, dishing on her Vanderpump Dogs spinoff, and revealing which Bravolebrities she hopes to interview on her new podcast.

“I hear Denise has been having a really rough time, and I always had a great connection with her,” Lisa explained to Entertainment Tonight during an August 12 interview. “We have a lot in common, you know, in terms of having adopted children and a huge dog lover. I would love to speak to her at some point.”

On the heels of her exit last year, fans suspected that Lisa would land her own spinoff due to the extent of the footage her animal rescue center, Vanderpump Dogs, received during season nine. One year later, NBCUniversal confirmed that Vanderpump Dogs, a reality series based out of the organization, would air on their streaming service, Peacock.

“It’s a kind of natural fit, really. There’s so many stories,” Lisa said of her new show. “Heartwarming stories, heartbreaking stories — we’ve seen a lot of very sad cases, but also wonderful stories of dogs enriching humans’ lives and humans enriching the dogs’ lives…I think people will really relate to it. It will be stories of people that are looking for dogs and also what’s going on at the center on a day-to-day basis.”

Also during the interview, Lisa addressed her new podcast, revealing that the idea for her show came about because she loves to connect with people.

“I really do love talking to people that have supported us over the years. It’s all gonna be about fan questions and people that inspire me, you know? And I mean on many different levels, as celebrities, as business [people], iconic people. It’s just started, but I’m very, very excited about that.”

Among her guests, Lisa said that fans may hear from some Real Housewives, but not necessarily those on RHOBH.

“I’m going to have all the Housewives on of course… said no one ever. Well not from Beverly Hills,” she noted.

While Lisa may not be inviting any of the current cast onto her new series, she did say she’d like to welcome former co-star Joyce Giraud to the show and would also love to chat with Vanderpump Rules star James Kennedy.

Lisa’s podcast, All Things Vanderpump, will launch sometime in the coming weeks.