Home Real Housewives of Potomac News Gizelle Bryant Addresses Drama With Wendy on RHOP, Claims Wendy Never Liked Her as Karen Calls Out Costar for Getting Ashley to Do Her Dirty Work and Responds to Gizelle’s Diss

Gizelle Bryant Addresses Drama With Wendy on RHOP, Claims Wendy Never Liked Her as Karen Calls Out Costar for Getting Ashley to Do Her Dirty Work and Responds to Gizelle’s Diss 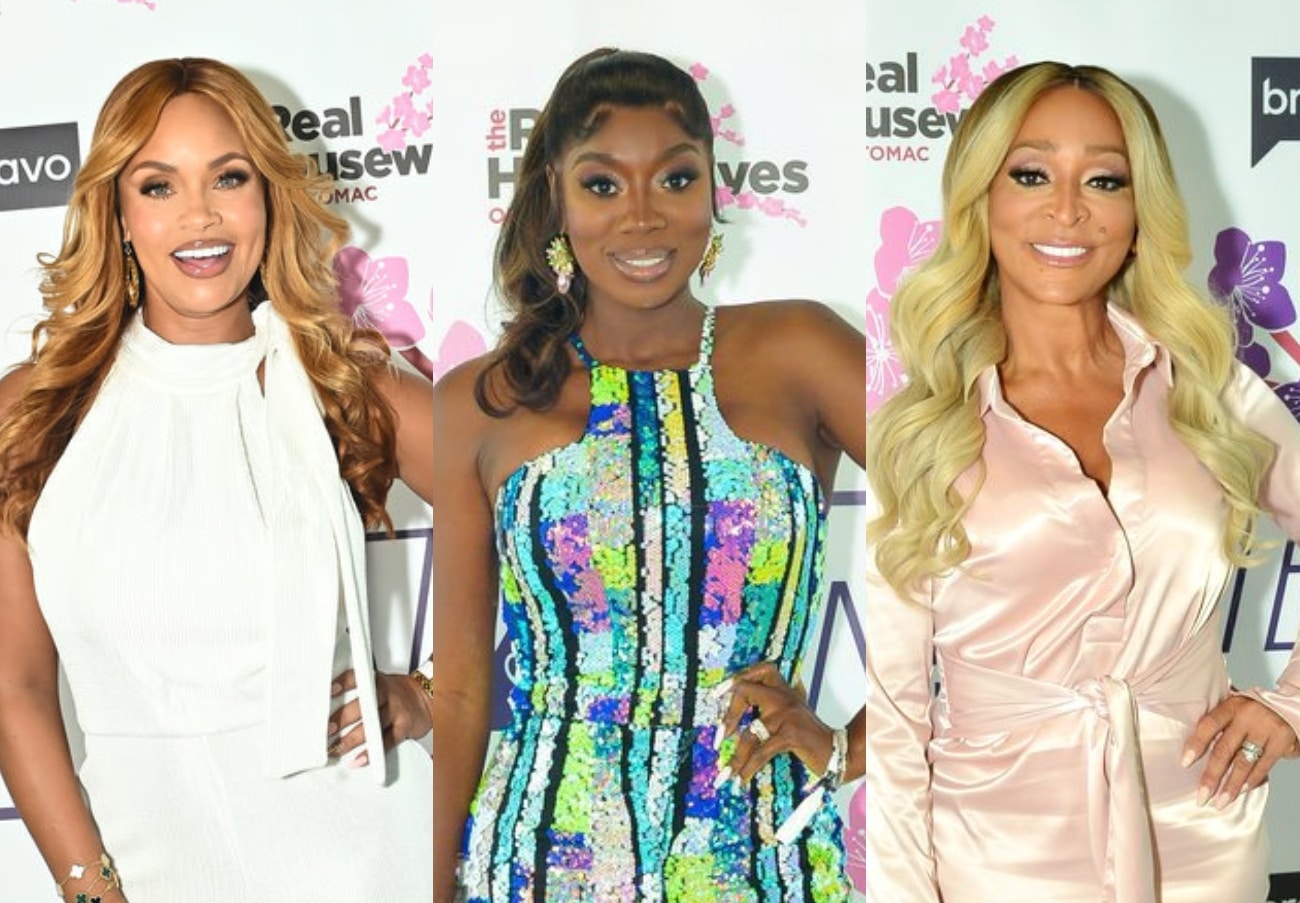 Gizelle Bryant is reacting to the tense moment she had with Wendy Osefo on the latest Real Housewives of Potomac episode as Karen Huger weighs in with her own thoughts.

The cast trip to Williamsburg, Virginia, has been full of drama, especially between Gizelle and Wendy. But after Ashley Darby pulled Wendy aside to let her know Gizelle had been discussing cheating rumors about her husband, Eddie Osefo, the professor had had enough.

As a result, Wendy confronted Gizelle in front of the group, letting the My Word author know she was putting her on “notice.”

“Instead of you coming to me as a woman, you decide to talk to Ashley,” Wendy said to Gizelle on the August 22 episode. “And so, I’m putting your *ss on notice, because what you’re not going to do, let’s be very clear, is you’re not going to play with my husband’s name. Don’t f*ck with my family.”

So when Gizelle was asked about the heated confrontation on Bravo’s Chat Room, with co-host Porsha Williams and guest host Karen anxiously awaiting her reaction, she shared her take on the tense moment.

“It’s a couple things. One, I was thinking Wendy never liked me — ever,” she said. “She was just pretending. That’s number one, because she went to a negative space way too fast. And number two, I was thinking, when I see crazy come, I don’t negotiate with crazy. I never do that.”

As expected, Karen had a completely different perspective, which she wasn’t afraid to share with Porsha and her longtime co-star.

“Well, actually, I feel that anyone who continuously comes after one of the girls in the group’s husband or their marriage got to be prepared to pay the piper, and Gizelle paid the piper,” the Grand Dame quipped. “Wendy ripped her a new seat. But it’s sad to see that because they are sisters in more than one way.”

Gizelle then clapped back by noting some messy things Karen has had to say about their castmates’ significant others in the past before claiming she wasn’t trying to come for Wendy’s husband. But, of course, Karen disagreed as she accused Gizelle of getting Ashley to do her dirty work.

“You sort of did,” she snarked. “You actually, you know, did good though, Gizelle. I’m gonna give you credit. You passed it off to Ashley, and Ashley actually threw the rock for you, and you hit your hand.”

The mother-of-three responded, “First of all, it wasn’t messy, it wasn’t nasty. We have all seen messy and nasty, and that wasn’t it. So that’s where I am with that.”

After agreeing that Ashley can in fact “be messy,” Karen asked her frenemy why she didn’t just go straight to Wendy about the “Eddie rumors.”

“But, Gizelle, if she really wanted or cared about Wendy — I’m saying this to your face in this virtual box where I’m safe — girl, if you cared about her, you would have taken her aside and told her,” Karen asserted. “You wouldn’t have just dragged her about in front of everybody.”

The RHOP ladies also addressed the comment Gizelle made on the show about Karen not being a true friend to Wendy.

“Let’s be clear. Wendy, Karen really doesn’t like you. Candiace [Dillard Bassett] and Karen used to have the same Mommie Dearest dysfunctional relationship,” Gizelle said in a confessional. “So, go right ahead and fall in the Mother Goose trap.”

As for Karen’s response to Gizelle’s diss, she stated, “As far as Wendy goes, I’m gonna uplift a sister. I’m gonna pick her up; I’m not gonna knock her down. I’m gonna make sure these girls are OK in the group.”