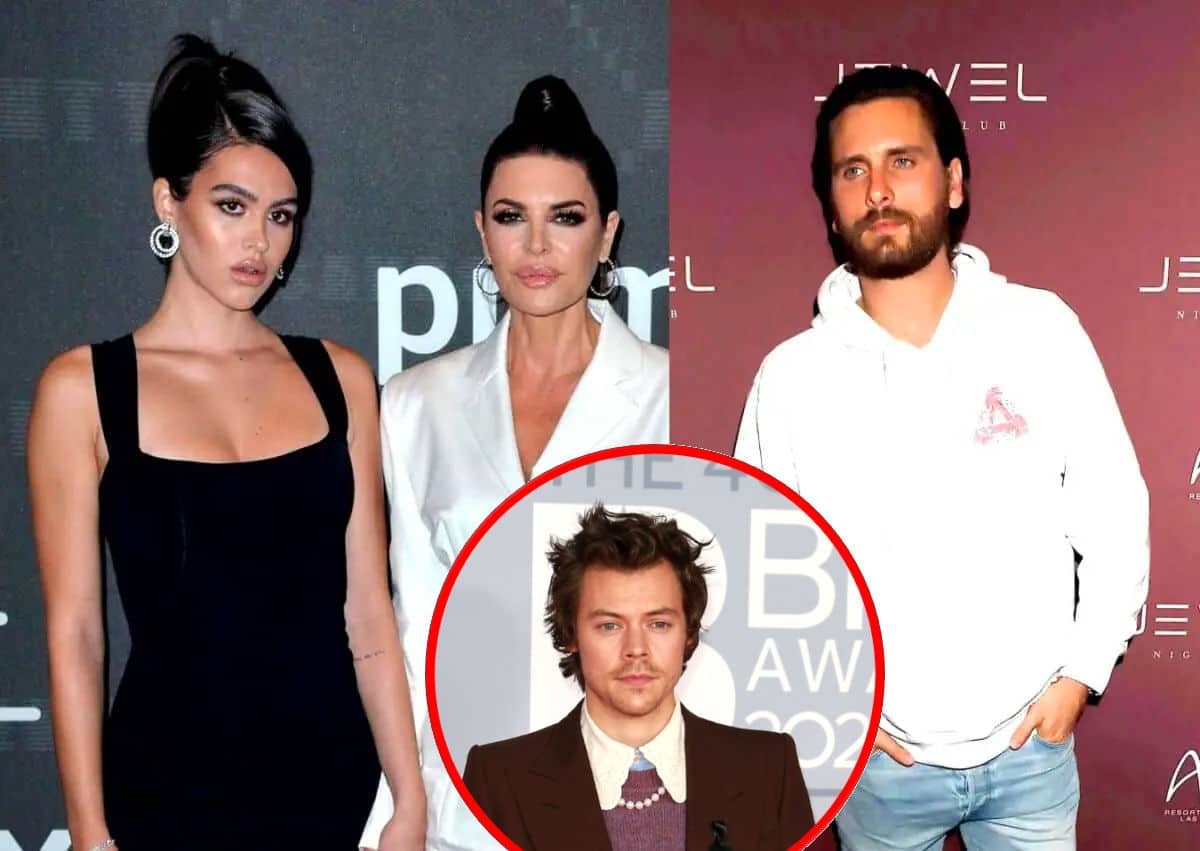 Lisa Rinna questioned daughter Amelia Hamlin‘s relationship with the much-older Scott Disick during Wednesday’s episode of The Real Housewives of Beverly Hills. And the very next day, the 20-year-old model weighed in on her mother’s comments on Instagram.

After Paper Magazine shared a photo of Amelia recreating one of Lisa’s looks on their social media page on Thursday, August 26, Amelia addressed the criticism of her romance with her 38-year-old boyfriend.

“Ugh, love the support,” Amelia replied, along with a crying and white heart emoji. 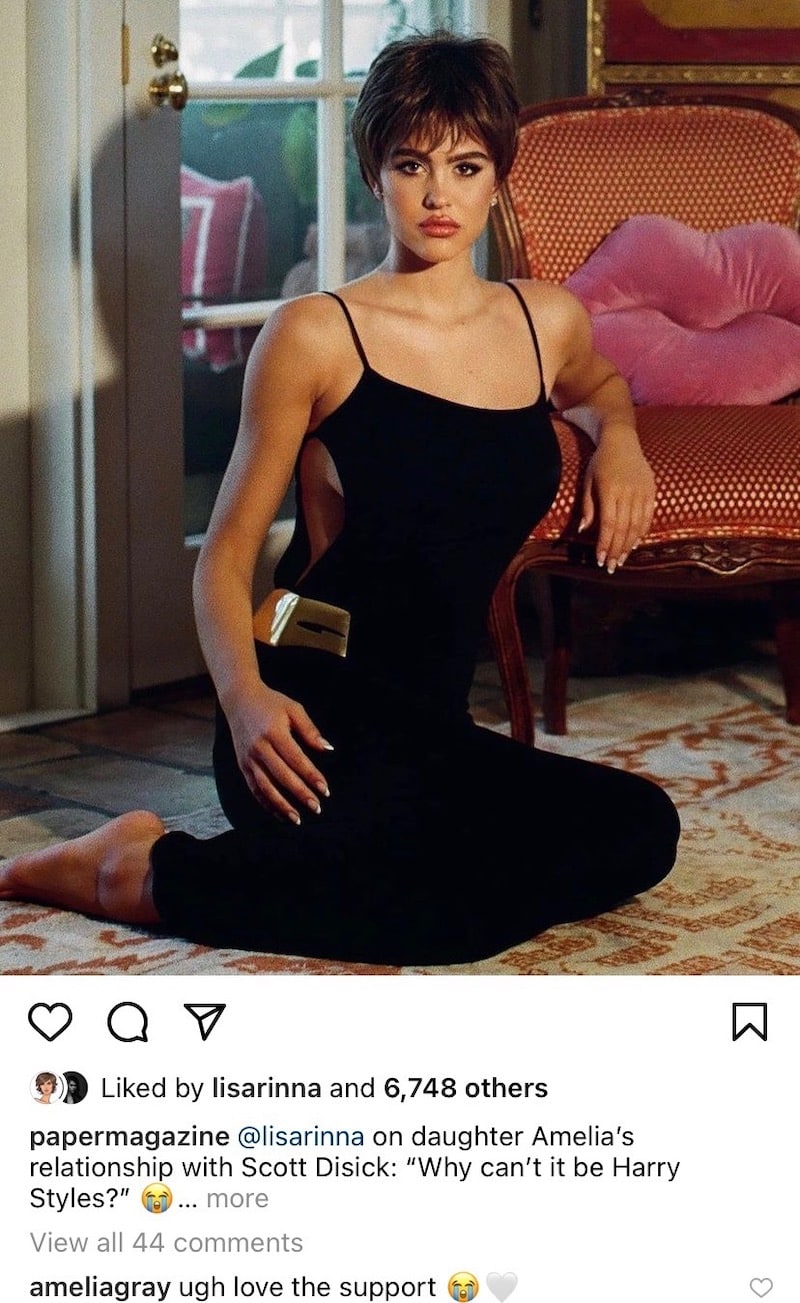 During the latest episode of RHOBH, Lisa revealed that while her husband, Harry Hamlin, is on board with a potential future marriage between their oldest daughter, Delilah Hamlin, 23, and her boyfriend, Eyal Booker, he wasn’t so sure about the outcome of Amelia and Scott’s relationship.

“[Harry Hamlin] made it quite clear that he would not object if Delilah and Eyal got married, which is pretty shocking, but that says a lot,” Lisa said. “I can’t say the same for Amelia at this point now.”

Also during the show, Lisa asked Amelia, “Why can’t it be Harry Styles? Why the f-ck is it Scott Disick?”

Ever since Amelia and Scott, who shares three children with ex-girlfriend Kourtney Kardashian, were first linked in October 2020, the couple has been faced with criticism over their 18-year age gap. And in December 2020, Amelia slammed “extra weird and [judgmental]” people who were judging her relationship on her Instagram Story.

“People can embrace themselves however they feel fit for them at that moment in time,” she wrote at the time. “People grow. People learn to love themselves more and more.”

Some reports have suggested that Lisa and Harry are completely against Amelia and Scott’s romance, with one report claiming they were hoping she “would come to her senses” before “Scott ruins their daughter’s life.” However, an insider told Us Weekly in March that although the couple was “skeptical” at first, seeing their daughter happy had made them feel better about the relationship.