Did Cary Deuber Blame Tiffany Moon for RHOD Cancellation? She Speaks Out After Seemingly Agreeing the Series’ Newbie “Divided” the Cast 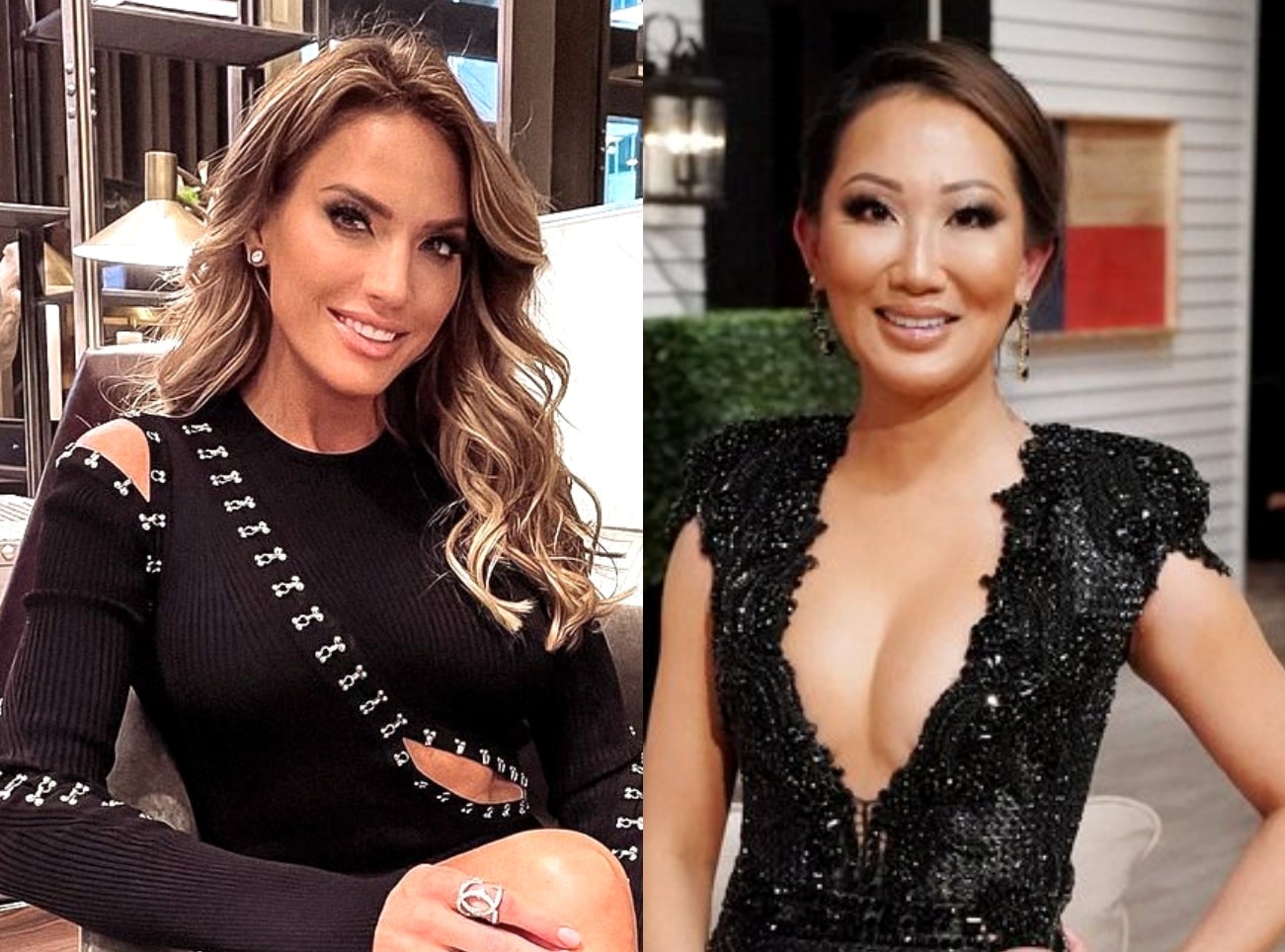 Cary Deuber is under fire after allegedly blaming Dr. Tiffany Moon for the recent cancellation of The Real Housewives of Dallas.

During an appearance on a podcast earlier this week, Cary, who appeared in a full-time role throughout the first three seasons of the Bravo show, seemingly agreed that Tiffany “divided” the cast before admitting she encouraged the season five newbie to move forward from her feud with Kameron Westcott.

“Do you think by casting Tiffany… do you think she’s kind of the one who divided this group?” David Yontef asked Cary on the August 30 episode of his podcast, Behind the Velvet Rope.

Although Cary went on to note that she wasn’t around during production on RHOD season five, nor did she watch the recent episodes, she revealed she actually called Tiffany before the reunion.

“[I] was like, ‘Hey girl, what’s going on? Because my friend is real upset, you know, Kam.’ And she was like, ‘Oh, it’s going to be fine… We’re going to make up.’ And I was like, ‘Well, good. You guys need to have forward progress.’ She seemed nice but I don’t think she really took my advice,” Cary recalled.

According to Cary, she didn’t enjoy seeing certain cast members go after one another over “deep-seeded, horrible things,” and she said it seemed as though they were determined to “ruin each other’s lives.” She also noted that it wasn’t exactly fun to watch racial tensions play out.

“I think it’s important to educate people, but you can do that in a way that is a little bit classier and a little bit more… entertaining. And then feather in some of the stuff that’s funny,” she explained. “Like, have an educated conversation with somebody, talk to them about everything, but then like feather in some comedy. It can’t just be all one or the other.”

After the episode aired, Cary was confronted by a fan on Twitter, who wanted to know why Cary allegedly felt Tiffany was responsible for the end of RHOD.

“You mentioned in a DM exchange with me that you didn’t have the time and that you were drowning in your practice to know what the ladies were up to. What changed for you to believe that [Tiffany Moon] was the reason for #RHOD demise?” the person asked.

“Nothing’s changed,” Cary replied. “I don’t believe [and] never said that any [one] person was the reason for the show not coming back. That tiny summary is a real reach lol. I think this group just had nowhere to grow, and it showed.” 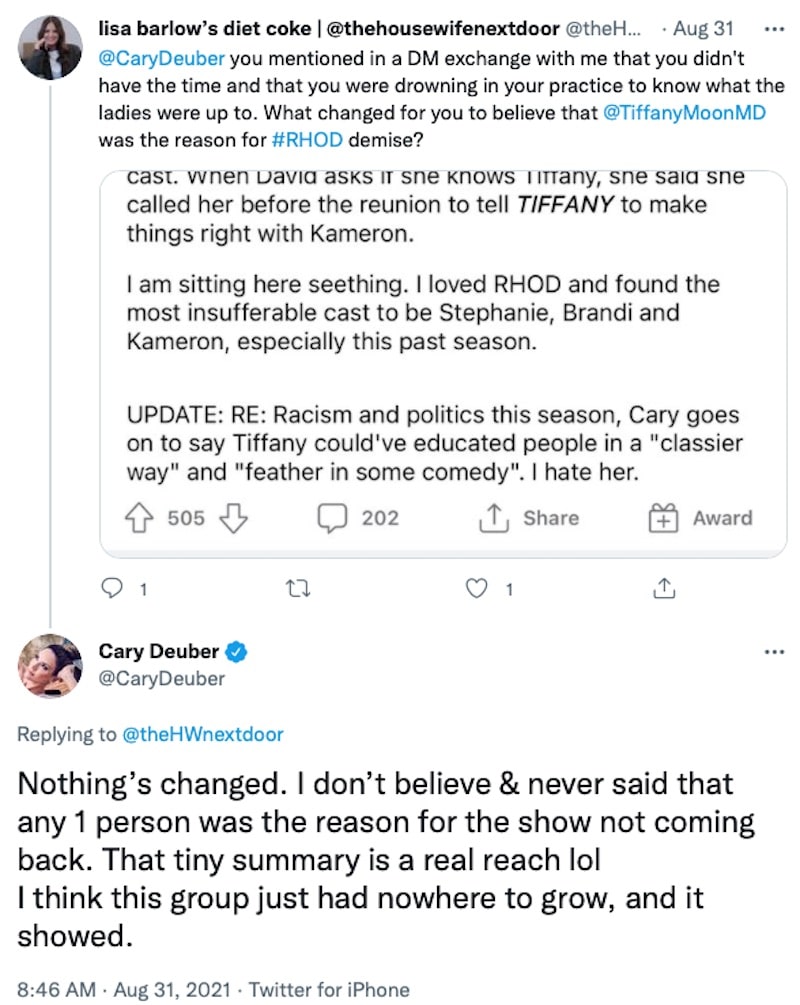 The Real Housewives of Dallas season premiered on April 11, 2016, and on August 17, Bravo officially confirmed they would not be moving forward with a sixth season.