Home Real Housewives of Orange County News Tamra Judge Says Husband Eddie Canceled Their Bravo Subscription And Explains Why, Reveals Who She Wants The Chance To Film With If She Returns To RHOC And Dishes On Random Call From Shannon

Tamra Judge Says Husband Eddie Canceled Their Bravo Subscription And Explains Why, Reveals Who She Wants The Chance To Film With If She Returns To RHOC And Dishes On Random Call From Shannon 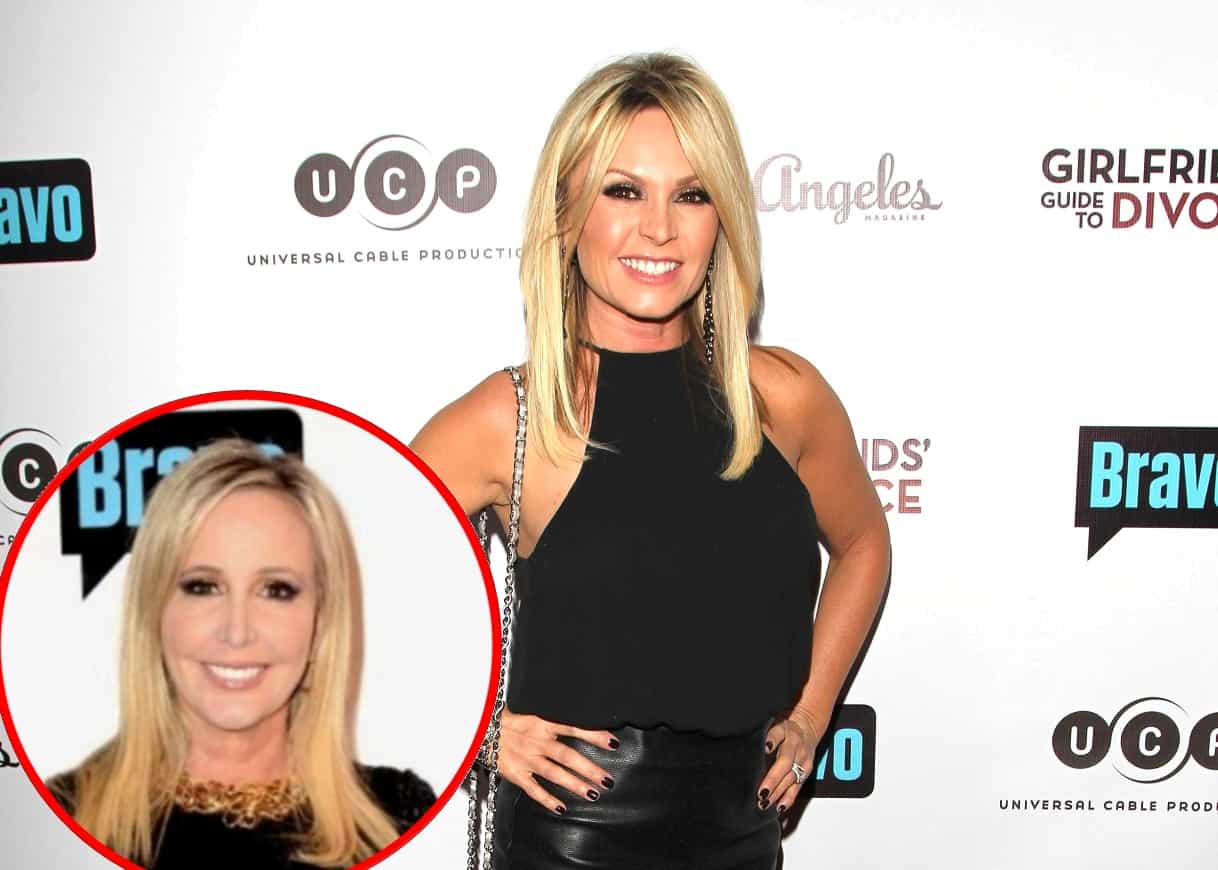 Tamra Judge explains why her Bravo subscription was canceled as she reveals the surprising person she hopes to film with if she returns to The Real Housewives of Orange County. She also discusses a phone call she received from ex-friend Shannon Beador.

Rumors have been swirling about Tamra’s possible return to RHOC, and the “hottest housewife” has made it clear that she would love to rejoin the show. However, though she kept up with what was happening throughout season 15 via Instagram, her husband Eddie Judge determined that watching the show was too painful for Tamra, and he canceled their Bravo subscription.

“Eddie actually — he knew I was kind of having a hard time with it [and] he canceled Bravo,” she revealed on the Side Piece with Melissa Pfeister podcast. “It was just healthier for me not to watch it. I did watch the very first episode, and then after that he’s like, ‘Click.’ Bye Bye!'”

Tamra claims she still has no idea if producers will ask her to come back, but if they do, she wants to film with her ex-husband, Simon Barney, who she has a “friendship” with now.

“I would like to be able to go back and show that side of our relationship, because I feel like he forever gets a bad rap because he was on the show and he was uptight,” she explained. “He was never a horrible guy, he was just very conservative, and none of it made him comfortable. I think now it would be a little bit different to see a softer side of him.”

As for Shannon, she would also like to film with her former friend if given the opportunity, but this time she doesn’t have any plans to protect her. The Cut Fitness owner says she’s finished with the “one-sided relationship” before revealing that Shannon refused to visit her when Eddie was having heart surgery, even after production asked her to do so.

“Production asked her, they said, ‘Hey, Eddie’s having a heart procedure at Hope, can you go meet Tamra’ —  because we couldn’t film at the hospital — ‘so we can get her to catch up on what’s going on?’ And she’s like, ‘No, I’m busy,'” Tamra alleged. “They asked her and they ended up sending Ryan [Vieth], my son instead, and he drove down to Newport and we sat around and talked about it. But I thought, ‘Wow.’ She’s not one of those people who cares about other people, it’s what can you do for [her].”

The former reality star also claims that Shannon thought it was “no big deal” when she was “fired” from the show. Then, as Tamra has mentioned several times before, Shannon allegedly stopped taking her calls altogether. But even after they were estranged for a while, she received a random call from Shannon, who needed to vent about her ex-husband, David Beador.

“And then she called me crying, and texting me, [because] David’s girlfriend [Lesley Cook] signed her child support check or alimony check — whatever it was — I’m like, ‘Really?’ After what I’m going through right now,” she recalled.

“Because David’s girlfriend at the time signed her support check she called,” she continued. “And I’m dealing with my kids whose dad has cancer, just lost my job at Bravo [and] I just got an offer on my house and I don’t know if I should sell it. I’m in panic mode [thinking], ‘Is this house too expensive for me?’ All those things going on in my head and she can’t even pick up the phone, but yet she calls me about a check. I’m like, ‘B*itch, I don’t care if Michael Jackson signs your damn check.”

The Real Housewives of Orange County season 16 cast has still not been announced as decisions are reportedly still being made.