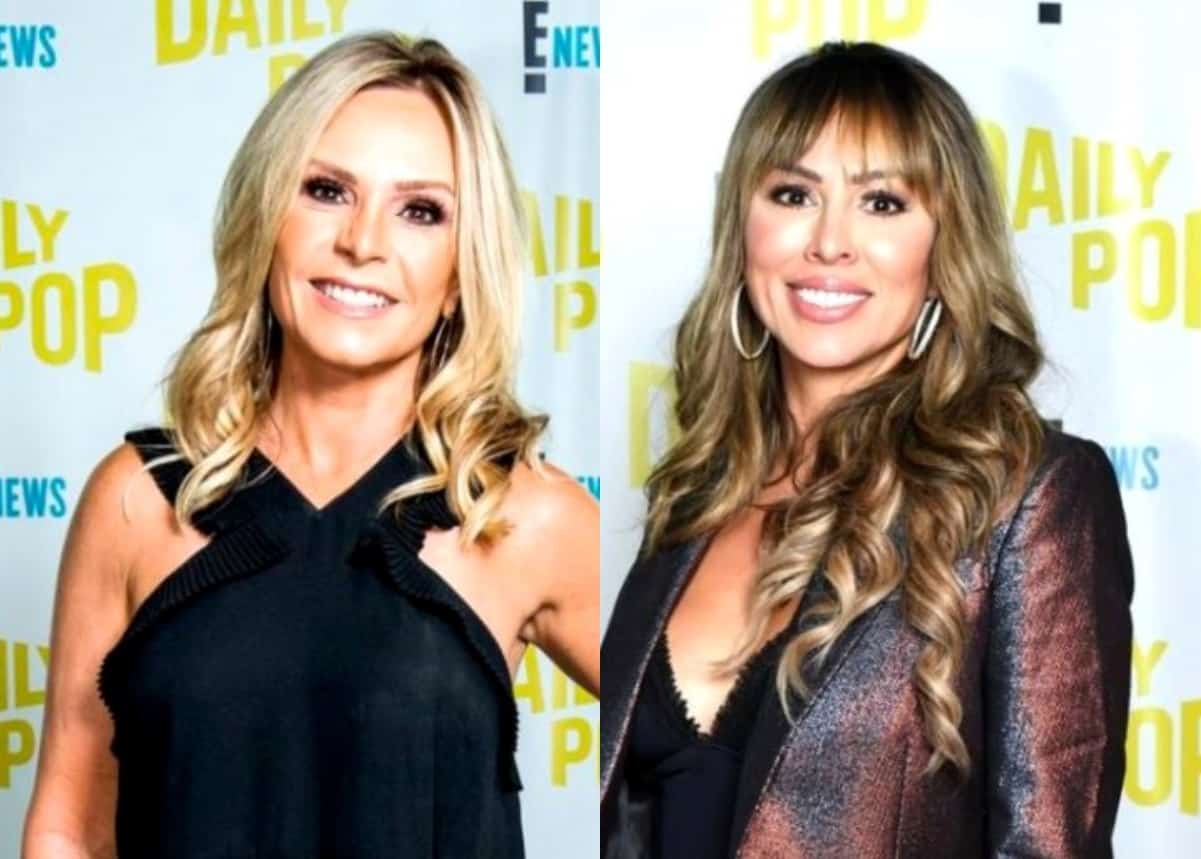 Tamra Judge isn’t so sure that Kelly Dodd will be fired from the Real Housewives of Orange County cast ahead of its upcoming 16th season.

Following Andy Cohen‘s claims of a “reboot,” Tamra admitted that she isn’t expecting to see the network part ways with the controversial reality star, even though she doesn’t understand a number of casting decisions they’ve made for the show during the past seasons.

“I will believe that when I see that,” Tamra told Us Weekly of Kelly’s potential firing on February 4. “I certainly know that she has rocked the boat many times when I was on the show … but I kind of feel like Kelly’s a tough one and everything just slides off of her. There’s never really been any real punishment for the things that she has done.”

In addition to seemingly poking fun at the Black Lives Matter movement with a “Drunk Wives Matter” hat last fall and making a slew of insensitive comments about COVID-19 throughout 2020, Kelly accused her RHOC co-star, Braunwyn Windham-Burke, of faking alcoholism on season 15.

Although Kelly has apologized for much of her behavior, Tamra seems to have questions about why Bravo hasn’t fired her yet.

“I am very confused [about] what Bravo is thinking nowadays and what they think is good TV and who they think is a good cast member,” she explained.

While rumors have suggested Kelly will be fired for her past antics, she denied any such thing on Twitter in January, telling her fans and followers, “No I am not fired!!!” and noting that contracts had not yet come out.

Around the same time, she was axed by Positive Beverage, who explained that they would no longer be working with her due to her “controversial views and opinions.”

Despite their past issues, Tamra admitted that there is a “very sweet” and “nice side” to Kelly that she really enjoys.

“I think sometimes she just lets her mouth move too much,” Tamra explained. “We don’t hang in the same circle, we don’t talk. … If I was on [the show], we probably would’ve made up. The one thing about Kelly and myself is we move on fairly easy. It’s not like we harbor bad feelings and hate and things like that.”

In other RHOC news, Kelly recently agreed with a fan on Twitter who suggested she take a break from social media.

No word yet on when filming will begin on The Real Housewives of Orange County season 16.