Jennifer Tilly Accuses Kyle Richards of Instigating Fights Between Erika and Sutton on RHOBH as Kyle Responds, Plus Dorit Addresses Garcelle Being Left Out of ‘Fox Force Five’ 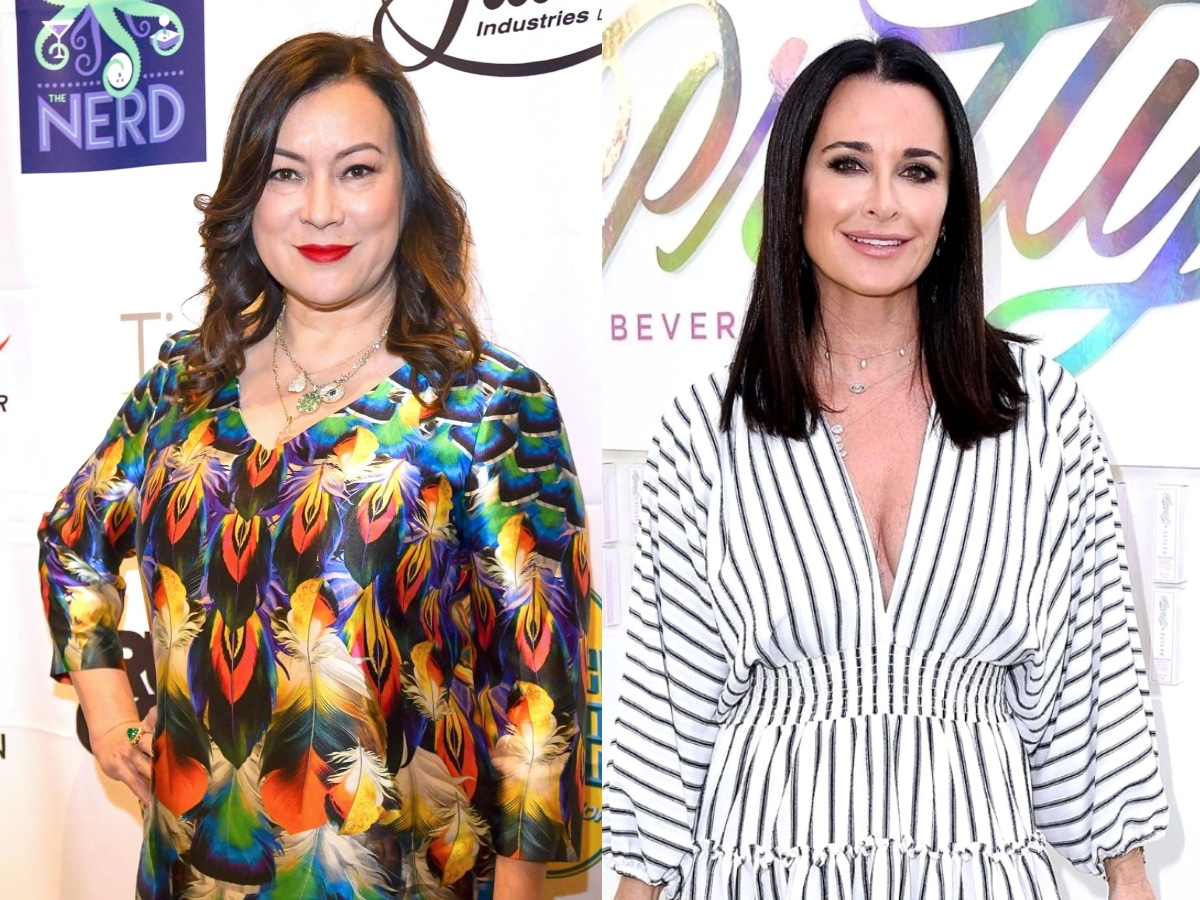 Jennifer Tilly appeared on Watch What Happens Live on Wednesday night, where the actress and longtime friend of Sutton Stracke accused Kyle Richards of instigating fights amongst her castmates on The Real Housewives of Beverly Hills.

After fellow guest Dorit Kemsley was asked whether or not she felt that Kyle was sparking debates between Erika Jayne and Sutton Stracke, Jennifer said Kyle likes to keep things “interesting,” which prompted a quick response from Kyle on Twitter.

“I think Kyle instigates fights,” Jennifer interjected. “She’s like, let’s get interesting here… You know, she loves Sutton. She loves Erika. But you know, she just wants to mix it up a little. But 100 percent she’s an instigator.”

Although Jennifer told Kyle directly, “Don’t at me Kyle,” Kyle did just that with a post on Twitter.

“I’m coming for you [Jennifer Tilly],” Kyle wrote, along with a winking face with tongue emoji and two kissing emoji.

Throughout RHOBH season 11, Kyle encouraged Sutton to voice her thoughts about Erika after hearing them come out of Sutton’s mouth when Erika wasn’t around. And, while she did so plenty, it seemed Kyle was always awaiting a bit more from her castmate in terms of her questions for Erika.

Also during the episode, a fan wanted to know why Dorit couldn’t understand why Garcelle was feeling left out of the group, especially considering she and a number of other cast members, including Erika, Kyle, Lisa Rinna, and Teddi Mellencamp, have their own friend group, which has been deemed the “Fox Force Five.”

“That has nothing to do with the actual group. It’s something outside of the group,” Dorit explained of Garcelle’s absence from the clique.

“And, you know, I understand that she feels like an outsider but when you don’t make someone feel that way and you have always, listen…” Dorit continued.

But before she could go on, Andy asked, “You feel that you’ve been welcoming?”