Home Real Housewives of Beverly Hills News Was Erika Jayne Invited to Kyle Richards’ Party For Portia? Here’s Why She Didn’t Attend as Teddi Films For RHOBH, and Tom and Erika’s $1.2 Million Home is Sold Plus How Proceeds Will Be Split

Was Erika Jayne Invited to Kyle Richards’ Party For Portia? Here’s Why She Didn’t Attend as Teddi Films For RHOBH, and Tom and Erika’s $1.2 Million Home is Sold Plus How Proceeds Will Be Split 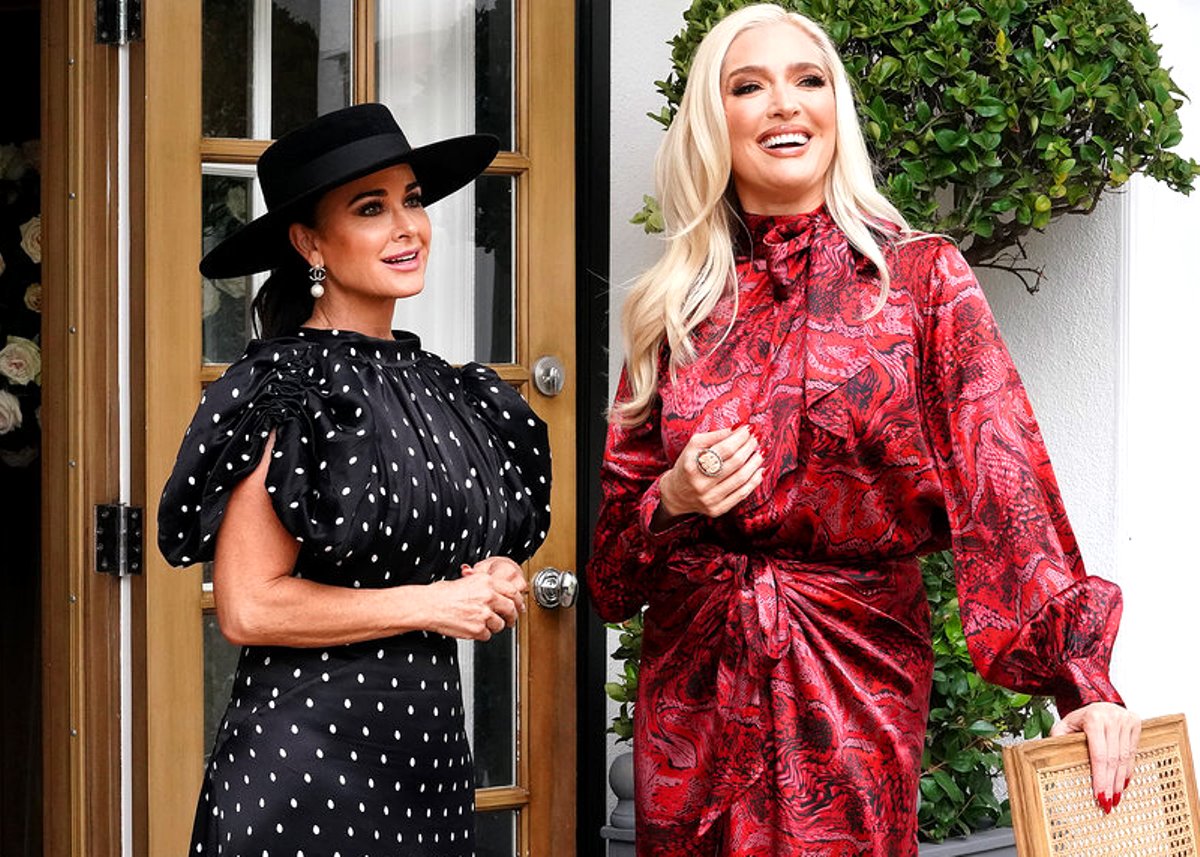 Erika Jayne was noticeably absent from Kyle Richards‘ daughter’s recent circus-themed bat mitzvah. But did she get snubbed or choose to skip the event following claims that Kyle spread rumors about her since-estranged husband Thomas Girardi years ago?

As news of the recent sale of Erika and Thomas’ La Quinta home hit the web, an insider came forward to reveal just why the Real Housewives of Beverly Hills star wasn’t present as Portia Umansky celebrated her 13th birthday.

“Erika was invited but could not make it,” the source told Us Weekly on October 6, noting that Erika was “out of town” on Saturday, October 2, when the event was held.

While Garcelle Beauvais was also absent, a number of RHOBH cast members were in attendance, including Lisa Rinna, Sutton Stracke, Dorit Kemsley, and Crystal Kung Minkoff.

“Such a special evening celebrating you [Portia Umansky]. I am so incredibly proud of you,” Kyle wrote in the caption of an Instagram post amid the bash. “While studying for your bat mitzvah you still pulled off straight A’s in school. Your speeches both in temple and at the party blew us away. I am the luckiest Mom in the world. I love you so much.”

As for the cameras present at the event, a second source confirmed the birthday party was filmed for RHOBH — and that former cast member Teddi Mellencamp, who announced her departure from the show in September 2020, was caught on camera.

“Her family and Kyle’s are close and she’s just genuine friends with some of the other cast,” the insider said. “There’s always a chance Teddi’s around for these types of events.”

In other Erika Jayne news, the RHOBH cast member’s three-bedroom, four-bathroom home in La Quinta recently sold for $1.2 million. According to court documents obtained by Radar Online, the trustee presiding over Thomas’ bankruptcy case has confirmed the earnings from the sale will bring in $730,000 to the recently-disbarred attorney’s estate and be used to pay back his many victims, including burn victim Joseph Ruigomez, who he owes $11 million.

In September, weeks before the home was sold, attorney Ronald Richards, who is representing the trustee, revealed $584,000 from the sale would be forwarded to Joseph while $335,000 would be put towards the trustee’s attorney’s bill.

Months ago, a judge signed off on Joseph being allowed to collect the remainder of the money owed from Erika.