PHOTO: Jim Edmonds Shades Ex Meghan King’s Wedding? Wears “Anti Biden” T-Shirt as She Marries President’s Nephew, Did He Get a Heads Up? Plus, How Meghan’s Family Feels 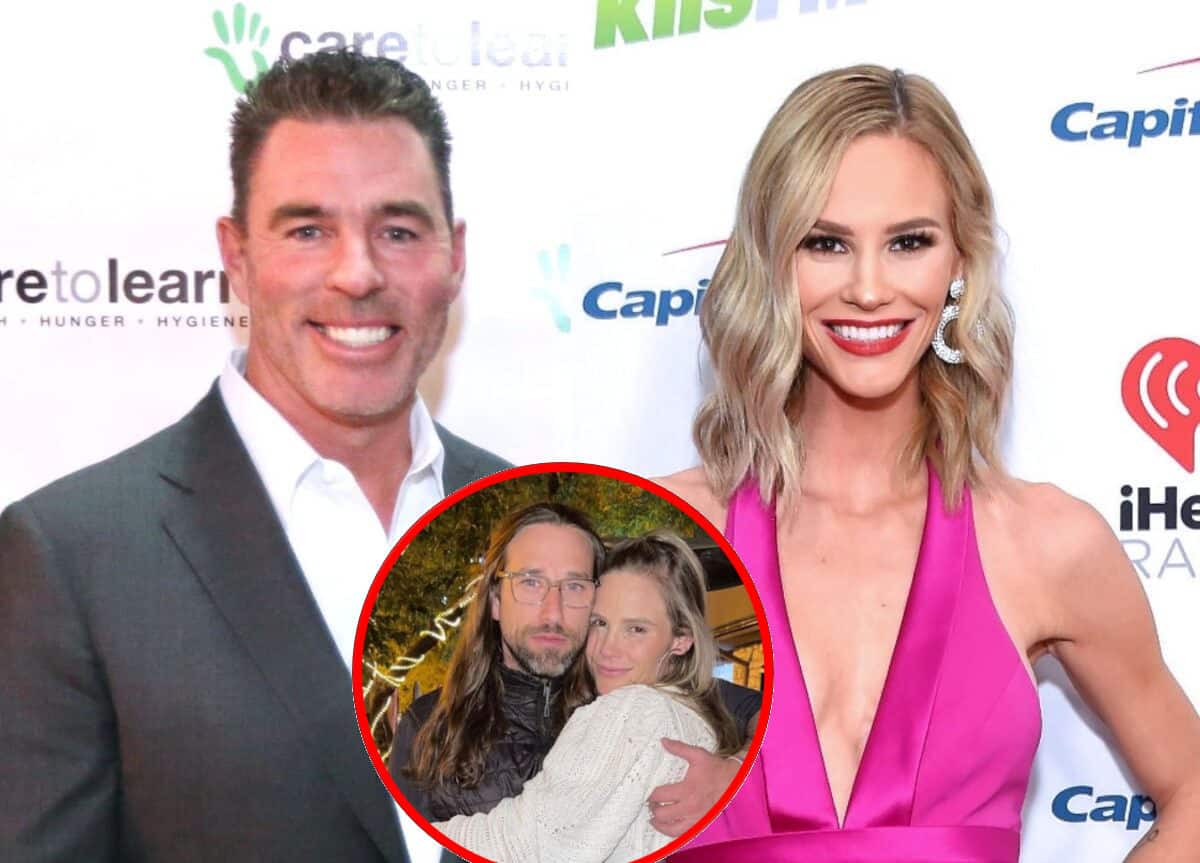 On October 9, two days before Meghan and Cuffe said, “I do,” after reportedly dating for less than a month, Hayley shared a photo of herself and Jim standing beside one another and proclaiming their dislike of the president.

“Glad my shirt worked out for ya!” Jim’s fiancée, Kortnie O’Connor, replied. 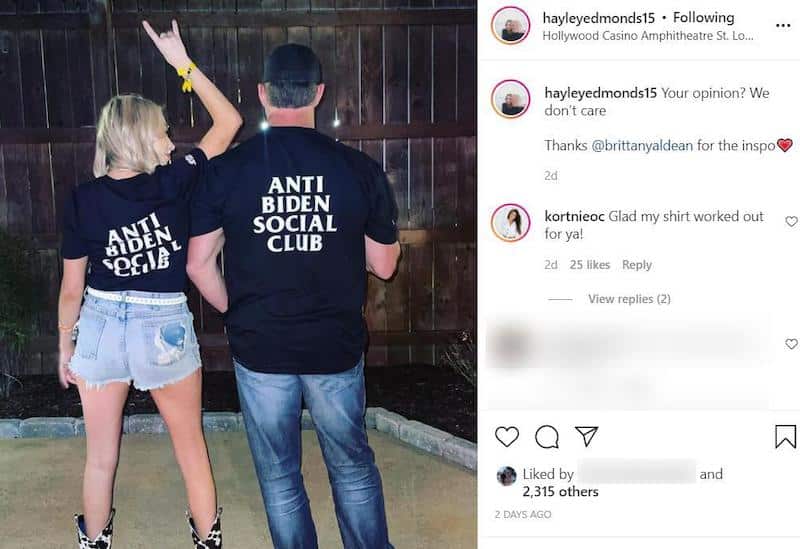 On October 11, after Meghan and Cuffe’s marriage was confirmed, a source told Us Weekly that Meghan’s relatives were caught off-guard by how quickly the couple tied the knot. After all, it was just weeks ago that Meghan and Cuffe publicly confirmed they were dating.

“Her family is a bit shocked that she tied the knot so quickly,” the insider shared.

As for whether or not Jim, who filed for divorce from Meghan in October 2019, months after being caught up in a sexting scandal, knew about Meghan and Cuffe’s nuptials in advance, the source said he was given a heads up.

“She has very little communication with her ex, but he was given a heads up a few days prior,” the insider said. “Mainly because her kids were part of the wedding.”

As RHOC fans may recall, Jim and Meghan finalized their divorce in May of this year following a yearslong custody battle over their three kids, including daughter Aspen, 4, and twin sons Hart and Hayes, 3.

Following Meghan and Cuffe’s wedding on Monday, which was held at Cuffe’s childhood home in Kennett Square, Pennsylvania, and attended by the president and First Lady Jill Biden, Meghan spoke of their whirlwind romance.