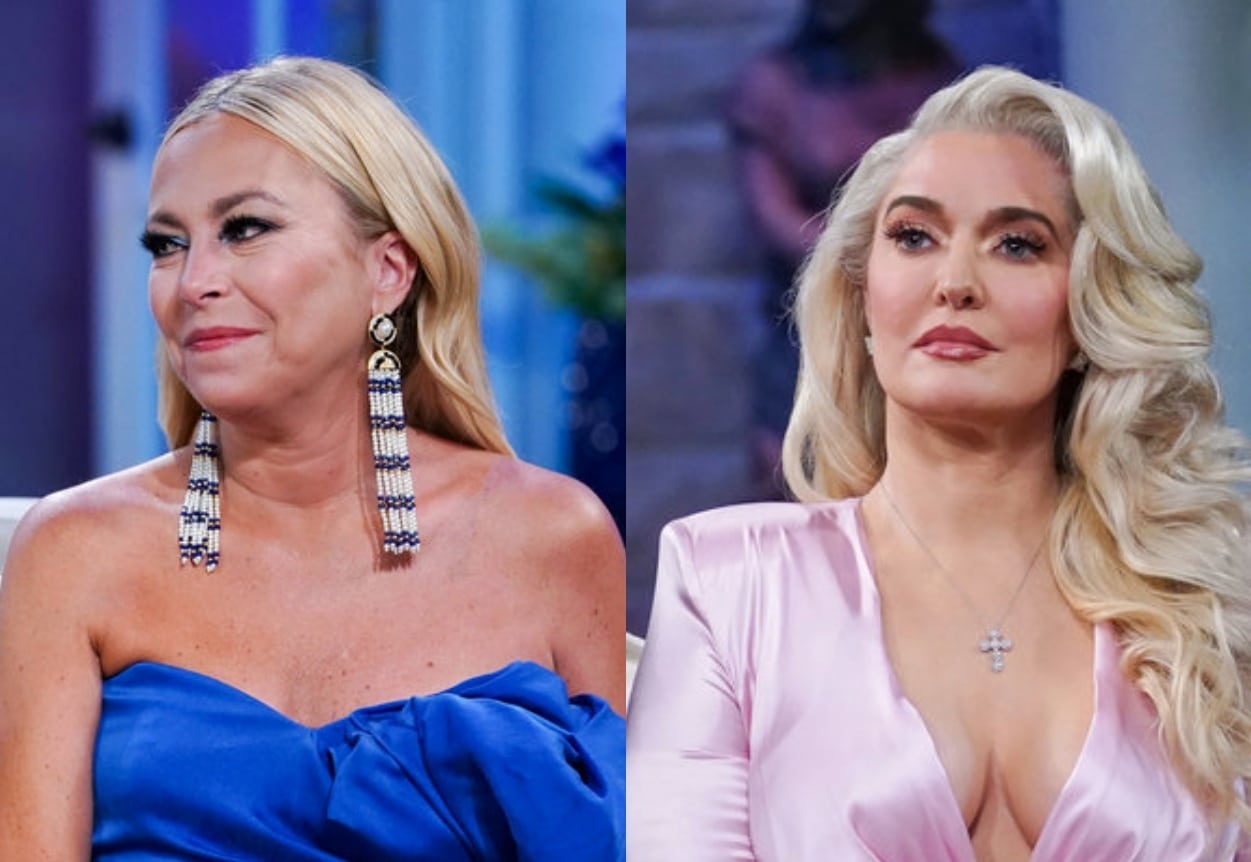 Weeks after fans watched as Erika threatened Sutton with a lawsuit, Sutton looked back on one of the most dramatic moments of season 11, saying that when it came to the entirety of her conversation with Erika, more details were disclosed at the taping of the four-part reunion special.

“She did say something kind of underneath her breath to me that was a threat that I took very seriously,” Sutton revealed to Page Six on October 14. “I said I would never repeat it, and [Andy Cohen] got it out of me . I don’t know where it’s going to be in the reunion, but I think we might get to hear it.”

Throughout RHOBH season 11, Sutton was seen questioning Erika about the many allegations being made against her and Thomas Girardi, including the claims that they stole $2 million from orphans and widows of plane crash victims. And, at one particular moment, Sutton suggested Erika had lied.

“Would you like to get sued?” Erika fired back.

“I did feel threatened,” Sutton recalled of the tense moment. “That night I did, yes. I didn’t know what that meant. No one’s ever threatened me like that. I don’t go to dinner parties with people like this that threaten [others]. I found it [to be] very odd behavior.”

Erika also looked back on the moment with their co-stars and told the ladies that Sutton “should be threatened” by her comments.

“Walking into the dinner, I knew it was going to be tense, but I didn’t quite expect that reaction,” Sutton admitted. “She was going through a lot. So I was like, ‘OK, just don’t cry, Sutton’ … I wasn’t going to let someone point their finger at me, cuss at me and threaten me. No.”

Although Sutton couldn’t confirm where she and Erika stand with one another today, she encouraged fans to “watch the reunion” while suggesting that a future reconciliation could happen.

“I’m a very forgiving person and I always have been. It’s the way I was raised, and I think it’s good for you to be forgiving,” she stated. “All of us should always live in that space. That’s the only way [to move forward]. That’s what I can say.”

Amid the RHOBH season 11 reunion, it was revealed that many had called for Bravo to fire Erika. However, when asked if she felt that Erika should be booted from the show, Sutton wouldn’t respond. Instead, she said Erika’s future on the show is up to her.

“I am not a Bravo executive, so I don’t think I can speak to this one. I think that’s up to Erika. Whatever she wants to do.”

If Erika does return for season 12, Sutton hopes to see a different side of her often icy castmate.

“Erika’s really a sweetheart until you make her angry. I lived through it,” she said, adding that the part-time pop star was “fun to watch” in past seasons. “She’s got a very creative side to her that I think is interesting.”