RHOC’s Kelly Dodd Accuses Heather Dubrow of “Lying” Over Comments in Housewives Tell-All, Says She Has “Real Issues” With Book 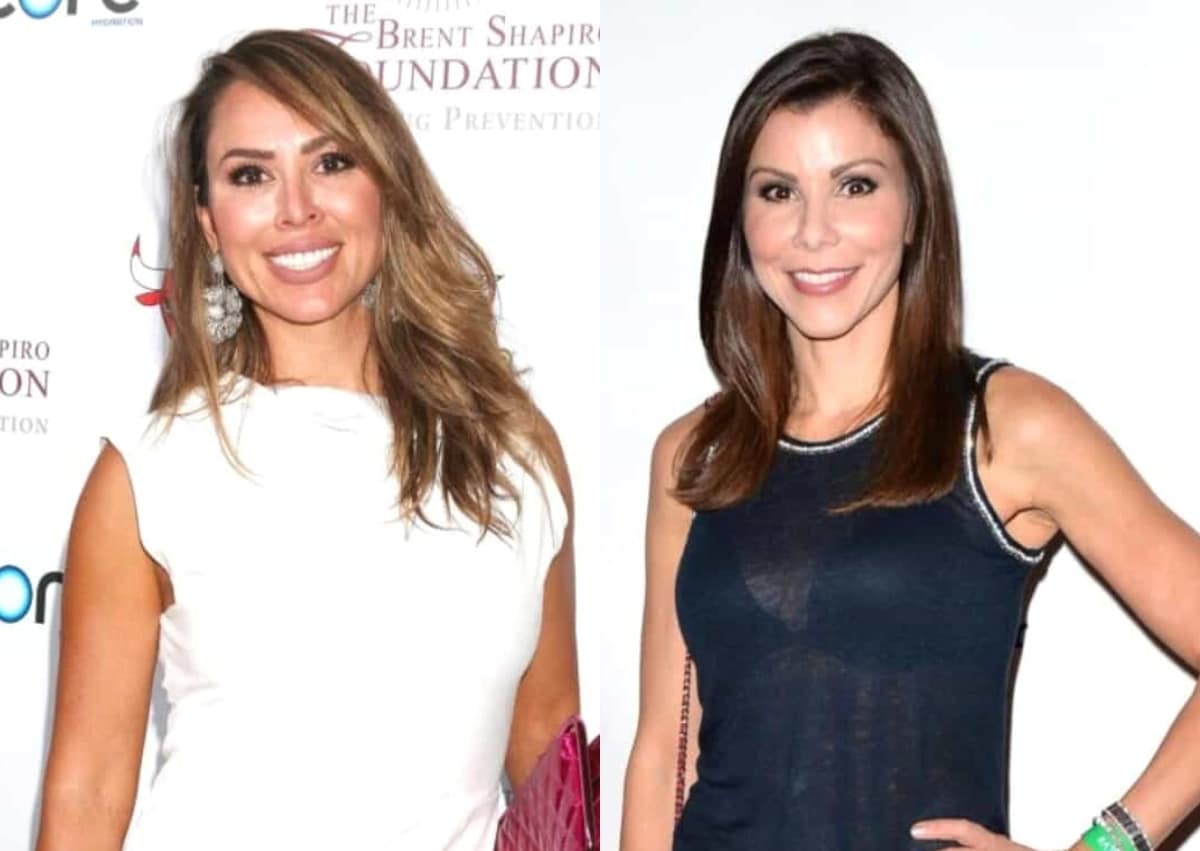 Kelly Dodd is speaking out against the comments Heather Dubrow made in the recently-released Real Housewives tell-all from reporter Dave Quinn, Not All Diamonds and Rosé: The Inside Story of The Real Housewives from the People Who Lived It.

In a post shared to her Instagram page, the Real Housewives of Orange County alum deemed Heather’s statements about the franchise “bull crap” and vowed to discuss the matter on an upcoming episode of her podcast with husband Rick Leventhal, Unmasked.

“I have some real issues with this book!! Allowing [Heather Dubrow] to weigh in on seasons she didn’t film… She claimed she never watched the show after she left so is she lying?” Kelly asked in the caption of her post. “Why would she be talking trash about me for things she says I did during seasons she wasn’t involved in and allegedly never saw? I’m going to cover this on my podcast this week.”

In addition to taking aim at Heather in her caption, Kelly shared some additional thoughts in her video.

“I have a real problem with Heather Dubrow commenting on seasons that, I didn’t film with her for four years, and she’s commenting on bull crap and I’m going to talk about this on my podcast on Monday — how they clearly try to make her look good and me look bad,” she stated. “Why are they letting her comment on seasons she was not even on? [We’ll] talk about this on Monday on my podcast.”

In the video shared with Kelly’s post, a couple of stars were seen next to specific comments Heather made.

In one excerpt, Heather spoke of how she handled herself after leaving RHOC after season 11.

“When I left the show, I unfollowed everyone, too. You don’t follow your sorority account when you graduate college, you kind of move on,” she stated. “And of course, there’s a certain level of FOMO. ‘Is it going to be better without me? Are people going to like the fact that I’m gone?’ I’m human. I totally thought about stuff like that. It’s not easy.”

In a second excerpt, Heather commented on the way certain cast members “hate” their co-stars after Kelly was quoted as saying she was “ecstatic” when she and the rest of the cast heard that Tamra Judge had been fired from her full-time position on the series after season 14.

“Don’t you think it’s weird, if you listen to these former Housewives, how much they hate these other Housewives?” Heather wondered.

“I love Tamra. Tamra plays this show like no one else — and I did use those words properly. She has a directive for the year, she knows what she’s going to do, and she’s very, very good at it. It’s one of the things I actually admire about her, and it’s one of the reasons why we’ve always remained friends,” Heather continued. “She was a young single mother and that mentality still stays with her. This is her bread and butter. She’s doing what she needs to do for her family.”

During another portion of the book, Heather was seen targeting Kelly and suggesting she got away with a lot during her time on the show.

Heather returned to The Real Housewives of Orange County for season 16, which is expected to premiere on Bravo sometime later this year.