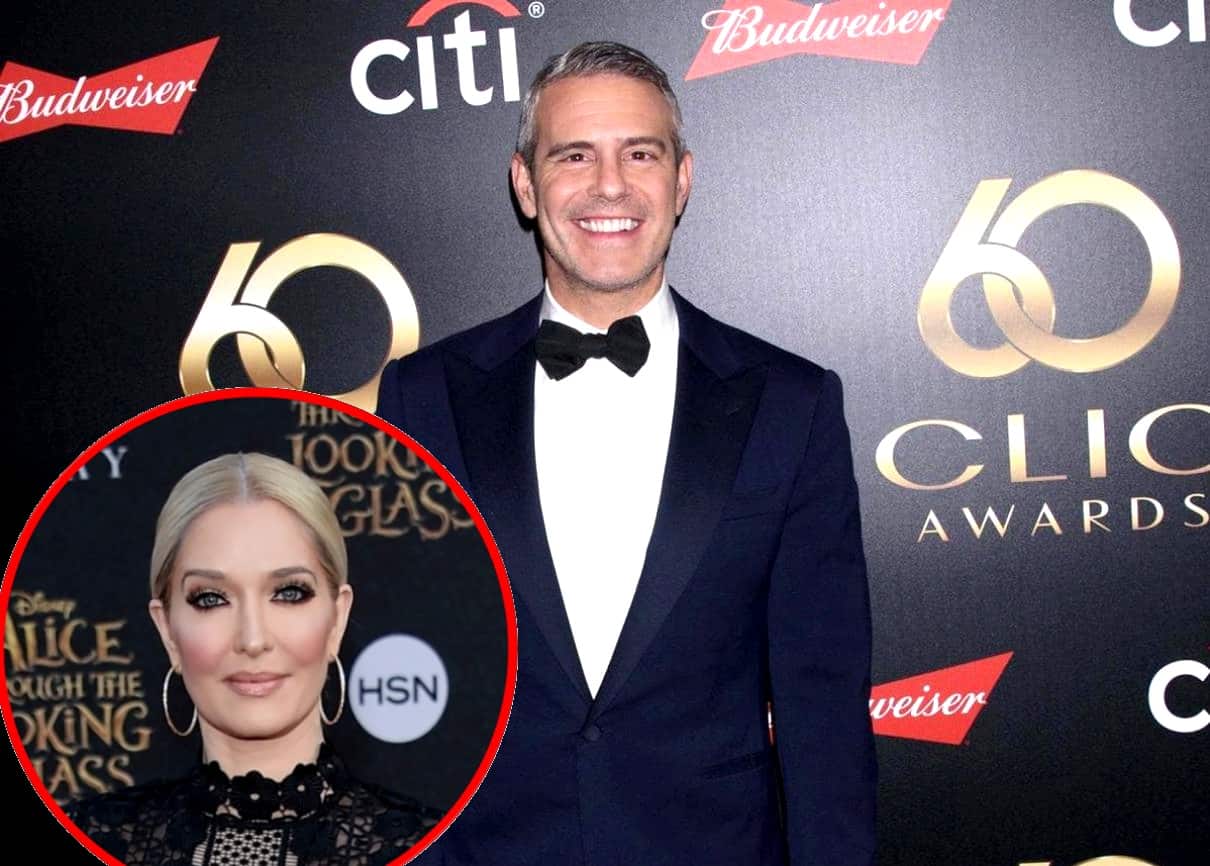 Erika Jayne revealed she was giving Andy Cohen a very pricey gift while attending his baby shower in January 2019. However, the gift never actually arrived — and Andy couldn’t be happier.

While promoting his new book, Glitter Every Day: 365 Quotes from Women I Love, in New York City on Tuesday, the Watch What Happens Live host looked back on Erika’s unique gift and explained why he was glad the Real Housewives of Beverly Hills cast member never actually sent it.

After he then mentioned the gift at a different event and was promptly questioned about whether or not he feared the gesture would somehow “implicate” him, he reached out to the RHOBH star.

“I called Erika and was like, ‘Look, I got to be straight with you. This now is going to run in the paper and it’s going to look like I’m throwing you under the bus,’” Andy recalled.

As fans well know, Erika has been entangled in a messy legal scandal with her now-estranged husband, Thomas Girardi, since last year. Throughout the drama, she’s faced a number of lawsuits, some of which accuse her of using money meant for Thomas’ former clients to fund her lavish lifestyle.

Despite the serious allegations being made against her, Andy said he didn’t want her to feel as if he was making comments alluding to her potential guilt.

Amid the conversation, Erika remembered that she hadn’t sent the stock to Andy and his son, Benjamin, now two, and she agreed that it was better that she hadn’t.

The Real Housewives of Beverly Hills cast is currently in production on season 12.