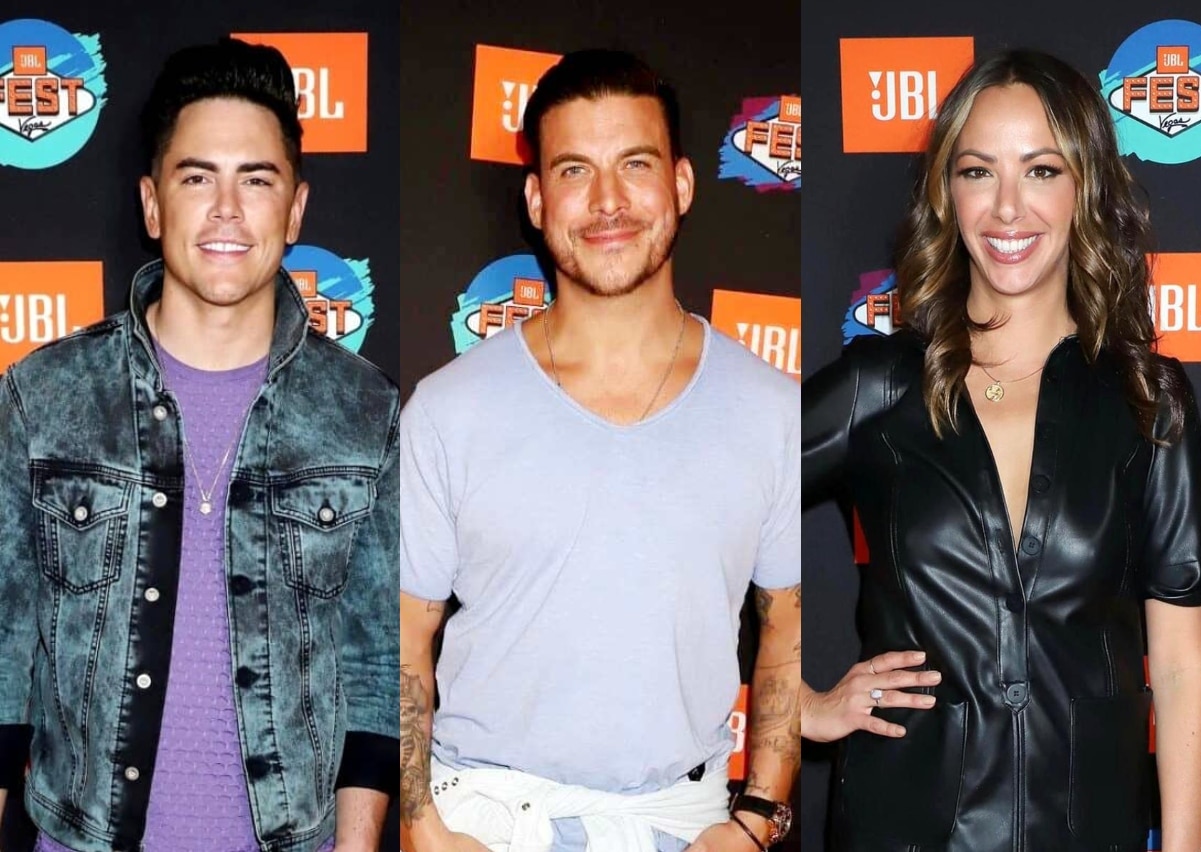 Is Tom Sandoval back in touch with Jax Taylor after their years-long feud?

During a recent interview, the Vanderpump Rules cast member confirmed he recently spent time with Jax before sharing his thoughts on their drama, his past issues with Kristen Doute, and revealing the best and worst parts of filming a reality show.

“I saw Jax and [Brittany Cartwright] at [Stassi Schroeder]’s house last month,” Tom revealed on the November 5 episode of Teahive Movie Night with Toxsique Diamond after being asked if he’s still in touch with his former Pump Rules cast mates.

Aside from season one’s Laura-Leigh, Sandoval said he and the past and present stars of the show “all do keep in touch.”

“No matter what happens to us… there’s a level of respect we have for each other because whether we’ve had our ups and downs or not, we all have really put ourselves out there. I do [see Kristen]. She just had a party at her house two or three weeks ago. Her and her boyfriend, Alex Menache, we’re tight,” Tom continued.

During the early seasons of Pump Rules, Tom and Kristen’s dating life, and all the drama that came with it, was spotlighted. And, during one particular season, it was revealed that Kristen had slept with Jax, who was one of Tom’s closest friends at the time.

Looking back, Tom said it’s all water under the bridge.

“It’s been so, so long since all that happened. I feel like it was a lifetime ago,” Tom admitted. “It’s one of those things, I’ve had issues with Jax and Kristen besides that, other issues, and they’ve had issues with me. It’s so exhausting to carry that around. I don’t need to walk into an event or party or a friend’s house and be like, ‘Uh! They’re here.’ You just gotta grow from it. You gotta move on.”

As for the best and worst things about filming a reality show, Tom said that tough conversations between castmates get both of those honors.

Also during the interview, Tom said that as season nine continues, fans will watch as he and his castmates “take psychedelics on camera” for the very first time.