Scheana Shay Addresses Lisa’s “Hurtful” Comment to Katie as She and Brock React to Lala’s Split, Plus Where They Stand Today With Vanderpump Rules Costar 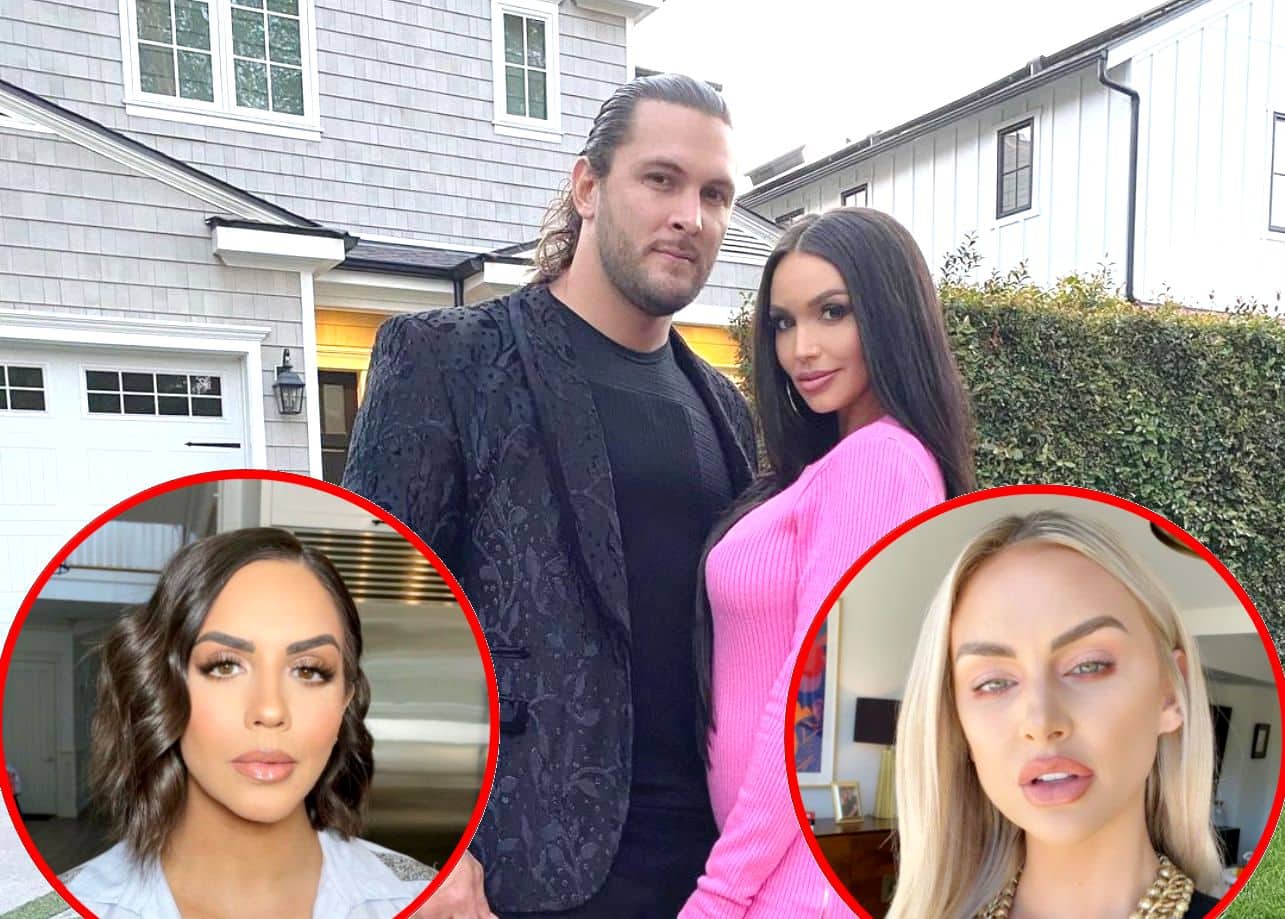 Scheana Shay didn’t love hearing the comments Lisa Vanderpump made to Katie Maloney in regard to her ongoing fertility struggles with husband Tom Schwartz.

Following a recent episode of Vanderpump Rules, Scheana opened up about the “hurtful” conversation before addressing the split between Lala Kent and Randall Emmett. She also shared where she and Lala stand with one another today, months after they butted heads over Brock Davies‘ past.

“I think when it comes to women’s fertility, I don’t know if rude is the right word but… I think some people don’t understand how hurtful that can be to someone,” Scheana said during a November 20 interview with Us Weekly. “They just ask and they’re not even thinking. But I think we need to make it more known it’s more inappropriate when someone has been trying. You don’t know what someone’s struggles are.”

On the show, Lisa asked Katie, who suggested Tom get his sperm tested on an earlier episode of season nine, if she was even trying to get pregnant. And after the clip was aired, Katie admitted the conversation was “invalidating” and “invasive.”

In addition to Katie and Tom’s baby plans, fans have also been seeing a lot about Lala and Randall’s split in recent weeks.

Speaking of the breakup, Scheana said she hoped she and Randall would be able to come to a co-parenting agreement.

“When you go through a separation, it’s not easy, especially when a kid’s involved I can’t even imagine but she is a very strong woman and she’s going to be just fine,” Scheana said of her Pump Rules castmate.

Then, when asked if she was hoping for a reconciliation between them, Scheana proclaimed, “No!”

“I want her to do what’s best for her. I think they need some time apart. I’m hopeful they can come to an easy agreement for Ocean’s sake. I hope that can work itself out. The relationship, that’s another subject but I hope they can figure that out for her,” she continued.

Meanwhile, Brock weighed in on the split, which was allegedly prompted by supposed photos of Randall with other women, saying, “I think the truth needs to come out.”

Also during the interview, Scheana and Brock offered an update on where they both stand with Lala currently. And, as they explained, they are in very different places with their co-star.

“We were just hanging out the other night. I’ve forgiven her many times. She’s forgiven me. We’re hoping this can be the last time,” Scheana shared, adding, “I think there’s still a couple more [issues between us] this season that you’ll see.”

Then, confirming he and Lala are not in such a peaceful place, Brock said, “I’m definitely not finished with her yet.”