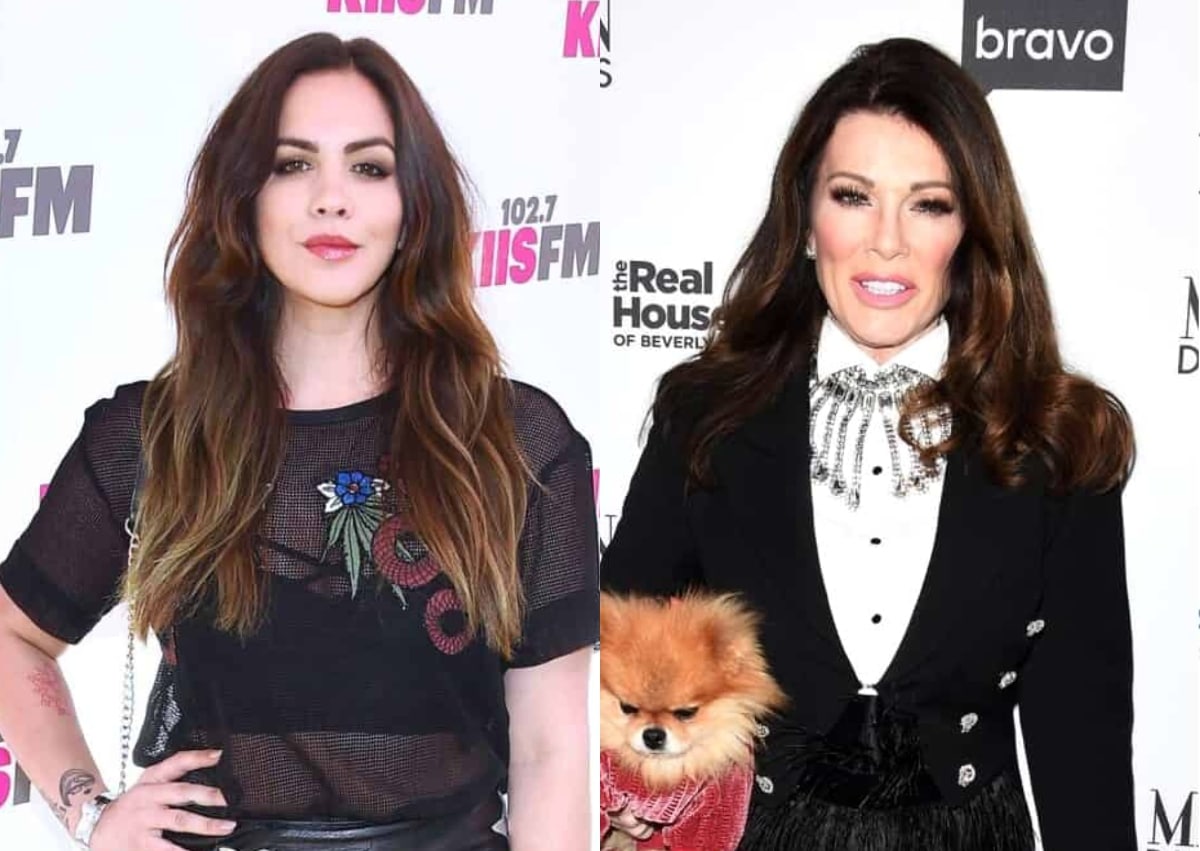 Katie Maloney looked back on a conversation she had with Lisa Vanderpump about her fertility during a recent episode of her podcast.

After she and Tom Schwartz, 39, were seen addressing their plans to start a family on Vanderpump Rules and opening up about Katie’s past abortion, the 34-year-old reality star admitted that when it came to the questions she received from Vanderpump, 61, she felt her inquiries were both “invalidating” and “invasive.”

“When I sit down and I’m talking to Lisa [Vanderpump] and she’s like, ‘Well, why are you guys going to see a fertility doctor? Did you even try?’ That question — I get where it was coming from; it’s coming from a good place. But it can feel very invalidating and invasive,” Katie recalled on the October 22 episode of You’re Gonna Love Me, via Showbiz Cheat Sheet.

“Because it’s like, ‘Yes, I tried. Of course, we tried,’” Katie explained.

In addition to the “societal pressure” Katie feels as a woman, the Pump Rules cast member said that she’s faced added pressure due to the fact that a number of her co-stars and friends, including Stassi Schroeder, Lala Kent, Brittany Cartwright, and Scheana Shay, have welcomed their first children in recent months.

“Everyone around me is getting pregnant, which is amazing, like one blessing after the next. But I started to feel like all eyes were on me. And my friends were like, ‘You’re next! It’s going to happen! Keep trying! Keep going!'” Katie recalled. “It was a lot.”

As the baby boom continued, Katie said she “wasn’t handling it very well.”

“This is just so much pressure,” she admitted.

While Katie is well-aware that people are waiting on the edges of their seats for a pregnancy announcement from her and Tom, she said on her podcast that she wants her journey to unfold naturally.

During an April interview, Tom shared his thoughts on family planning with the Bravo Insider.

“So many friends in our lives have given birth or are about to give birth, and it’s a beautiful thing. We’re celebrating their newfound parenthood and anticipating ours sometime in the next few years,” he said.