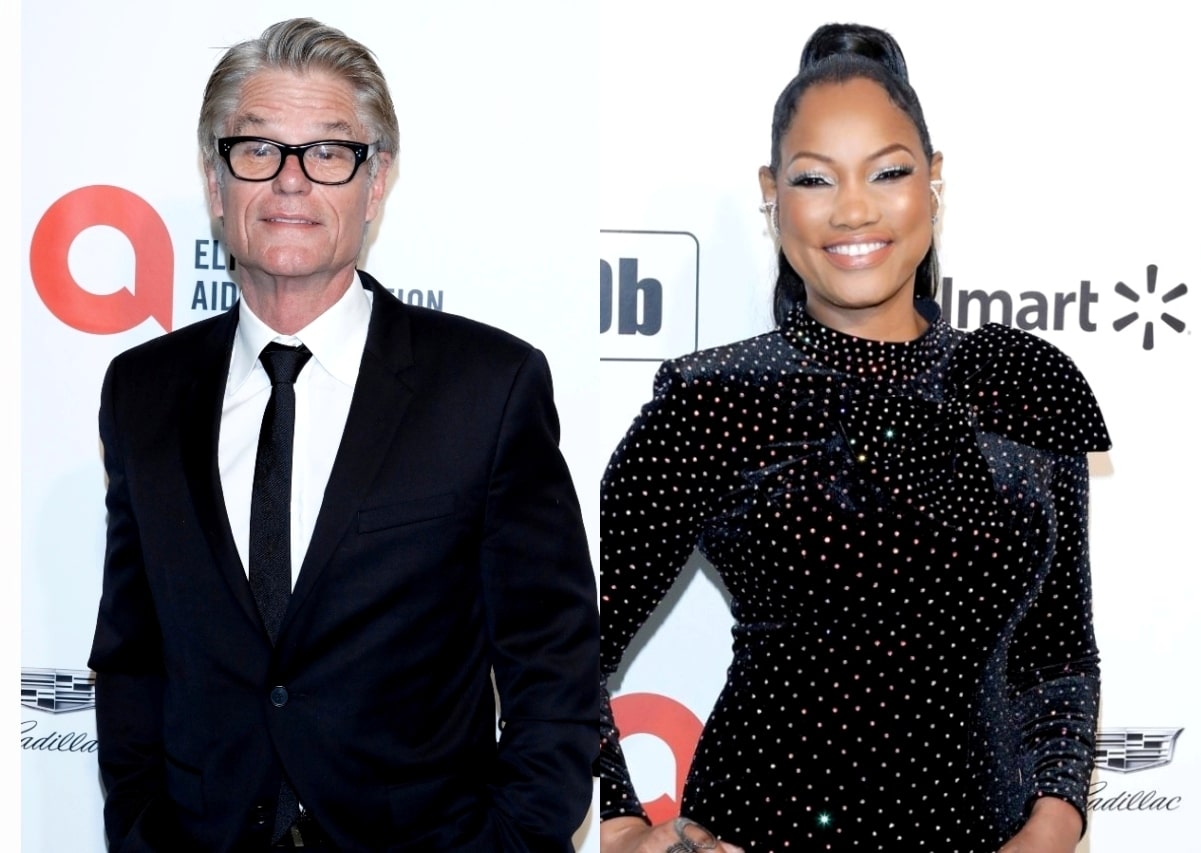 Harry Hamlin appeared on Watch What Happens Live on Sunday night, where he was asked about wife Lisa Rinna‘s claims that he asked her “what happened” to Garcelle Beauvais and said she looked “so unhappy” amid The Real Housewives of Beverly Hills season 11.

Amid production on season 12, Harry explained what he really said about Garcelle before sharing his thoughts on Erika Jayne‘s reunion performance, Sutton Stracke, and Crystal Kung-Minkoff‘s “ugly leather pants” feud in his backyard, and more.

“What I said was, because I’ve known Garcelle for years and she’s always so, in my experience with her, she’s always been so sweet, so nice, so bubbly, so up and it seemed as though she’d undergone some kind of transition and I wanted to know what Lisa thought about why she didn’t seem to be the same person we had known for 20 years,” he explained on the November 30 episode of the WWHL: After Show. “That’s what it came down to.”

On the live broadcast of WWHL, Harry also spoke of Garcelle, saying he is “really glad” she and Lisa made amends at the RHOBH reunion.

“I’m just glad that they have reconciled and look, we’ve been friends with Garcelle for years, much longer than any of the other girls on the show, so I’m really glad,” he shared.

He also confirmed that he wasn’t upset with Garcelle for failing to offer a “formal” thanks for the pasta sauce he and wife Lisa dropped off at her home.

“No no no… and I texted her. I said, ‘Garcelle, I never expected a thank you. I just wanted you to enjoy the sauce.’ I don’t even remember how that came up. Did Lisa actually accuse her of not thanking [me]?” he wondered. Then, when host Andy Cohen confirmed that was the case, he added, “Well, naughty on her.”

Although Harry was admittedly hesitant to accept Lisa’s role on RHOBH, he’s now quite involved and had some strong opinions about the reunion, specifically regarding Andy’s treatment of Erika.

“You were really hard on her. You were tough, okay?” he told the host. “And she handled herself brilliantly, given how you were turning the screw. She’s in a very tough spot.”

When Andy later asked about the hypocrisy claims made against Lisa, who was accused of being harder on past cast members than she was on Erika, Harry explained, “But Erika has never told an untruth, as far as we know, to Lisa.”

As for the dramatic encounter that took place between Sutton and Crystal in his yard, Harry said that he was shocked to find the ladies screaming as he handled some dishes.

He then shared his opinion on Crystal’s infamous pants.

“They were great,” he said of the look.