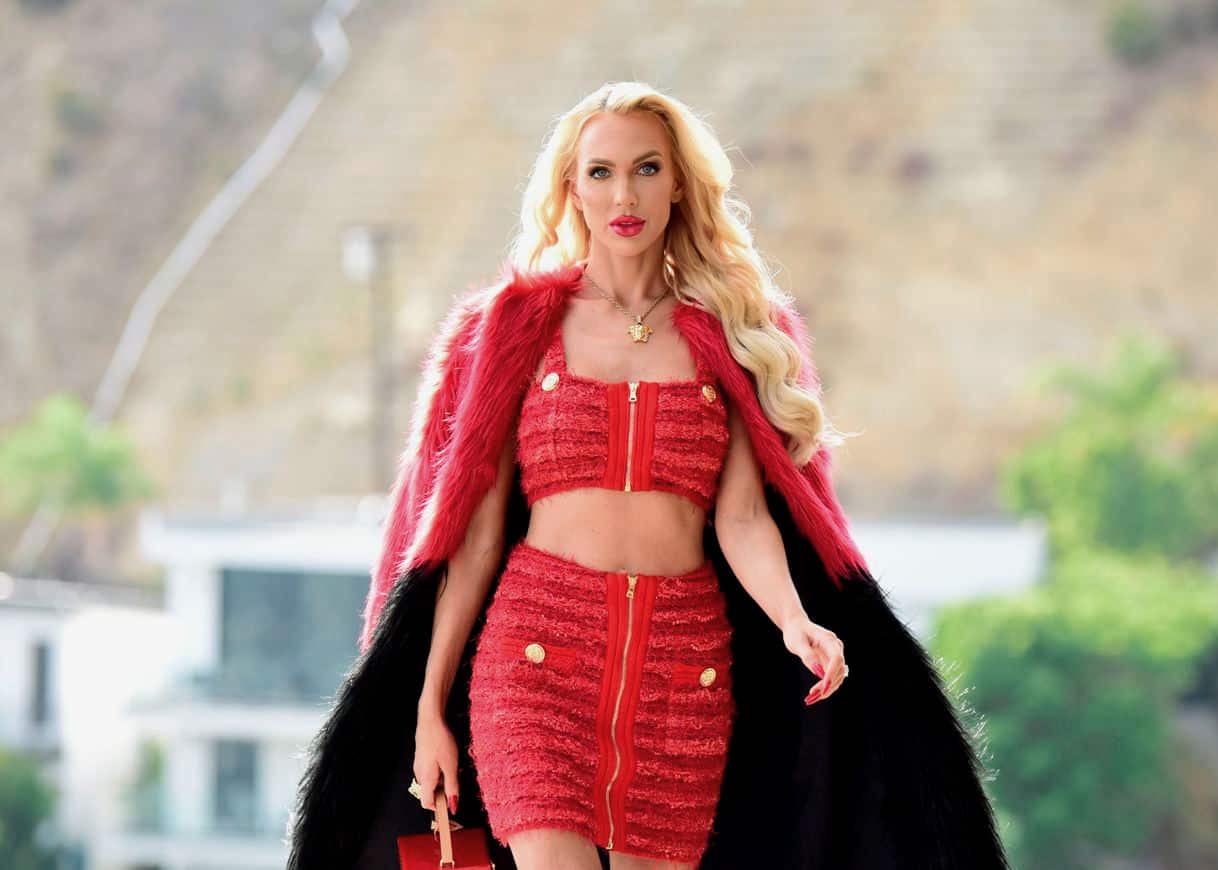 Christine Quinn doesn’t believe Netflix did the best job in portraying the reality of her pregnancy on Selling Sunset.

After filming the final moments of pregnancy and the early moments of parenthood for season four, Christine is admitting that she found it extremely hurtful that so many felt she had an easy time transitioning into mom life following a traumatic birthing experience and emergency C-section earlier this year.

“I was pregnant on top of dealing with postpartum depression… this season was really difficult for me,” Christine revealed to ET Canada on December 10. “I did the best that I could with the emotions that I was dealing with at the time and that I’m still dealing with now.”

Christine and her husband, Christian Richard, who she married on the third season of the reality series, welcomed son Christian Georges Dumontet, now seven months, in the midst of production on season four. And while it may have looked like a breeze, Christine was faced with some major issues after the baby’s birth.

“The problem that I was facing [was] everyone was saying, ‘Oh, well, you know, she’s so thin. She’s so this. She’s so that.’ But inside you know, I was dealing with PTSD,” she noted.

Although Christine said she was “absolutely” upfront with her Selling Sunset producers about the hardships she was facing, she was ultimately left feeling hurt by the way everything played out on the show.

“They make fun of the fact of me being late in the show. ‘Oh, Christine’s late. Oh, Christine’s late.’ And it’s because I was literally having panic attacks and I was worried about my pregnancy and something going wrong because every time I was working, I was walking into work,” she shared. “It was a lion’s den and these girls were pitted against me. And it was really, really difficult.”

“It was extremely hurtful considering the process that I went through,” Christine continued. “And I know, you know, editing and chronological order on the show doesn’t really necessarily help because I had my baby and then I was doing a yoga scene. But in real life and that yoga scene, I was actually pregnant.”

As Selling Sunset fans may have seen, the yoga scene in question led some to suspect Christine had actually faked her pregnancy, which she quickly denied.

“They edited me from you know, the boobs up so I got a lot of backlash on social media saying, ‘I can’t believe you’re doing yoga two weeks after giving birth after having an emergency c-section,’” she recalled. “My process was not easy by any means and on TV, they make it look easy. But I was struggling in real life. I really was.”

In July, while celebrating her son’s two-month birthday, Christine admitted on Instagram that filming Selling Sunset season four amid her pregnancy was “one of the most difficult things I have ever done.”

“I am not often publicly vulnerable, as I feel the responsibility to put on a brave face, despite still feeling at the time hopeless, terrified, and to this day traumatized. Both myself, and baby Christian are lucky to be alive,” she wrote.