Tamra Judge Reveals Real Reason for Noella’s Awkward Lunch With Nicole on RHOC, Talks Her Split From James, and Denise Richards Calling Her Amid Brandi Affair Drama, Plus Live Viewing 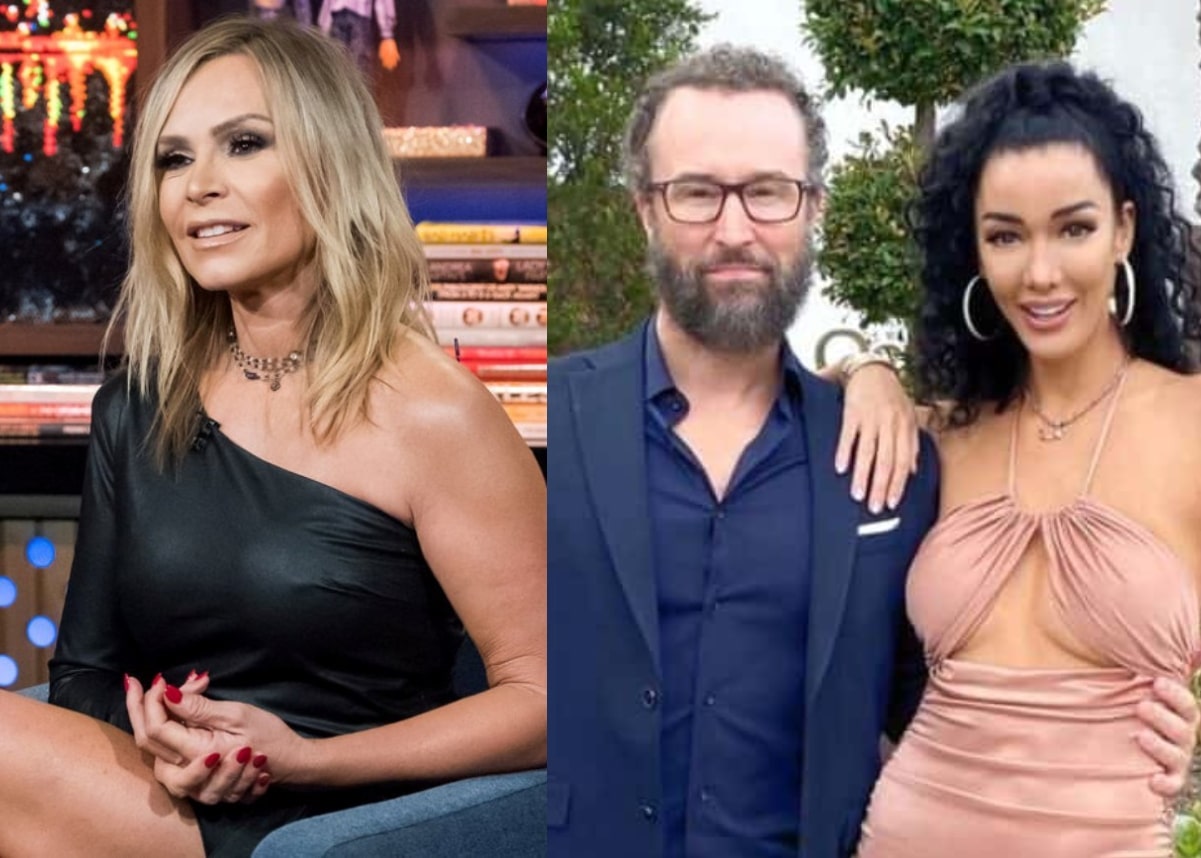 Following an awkward lunch between Noella Bergener and Nicole James, during which Nicole seemed more concerned with getting Noella up and out of a restaurant rather than consoling her as she broke down over her messy split from James Bergener, Tamra revealed what may be a big explanation for Nicole’s behavior.

“It’s hearsay… [but] evidently, Noella showed up very intoxicated,” Tamra shared on a recent episode of Two T’s in a Pod. “And so Nicole was like, you know, when you have that drunk friend and you’re like, ‘Okay, sit down, okay get up, okay let’s go.'”

While Tamra made it clear that she didn’t know this information firsthand, she said that considering how the scene played out, “it just makes sense.”

Following Tamra’s potential revelation, Brandi Glanville, who was appearing on the podcast as a guest, said Noella’s antics seemed inauthentic.

As for Noella and James’ split, Tamra said the breakup happened as RHOC season 16 was filmed — and that she heard James “didn’t want to film.” She also noted that Noella and James were allegedly living in Puerto Rico together when she learned she had been cast.

According to Tamra, Noella returned to her and James’ Newport Beach rental after being chosen for season 16.

“I think it is a lot. And I feel like, as a viewer, it’s [Gina Kirschenheiter]’s situation all over again. She comes in, instantly gets divorced. We never see the husband. We never see the kids. How do we get invested in a story that we only see one side of?” Tamra wondered.

Also on the podcast episode, Tamra shared an odd detail about her interaction with Denise Richards post-Brandi affair rumors.

“She called me when that happened,” Tamra revealed. “When she got home [from Rome] she called me. And she’s like, ‘I didn’t do it. It didn’t happen.’ She says she has text messages.”

“I don’t know why she called me,” she added.