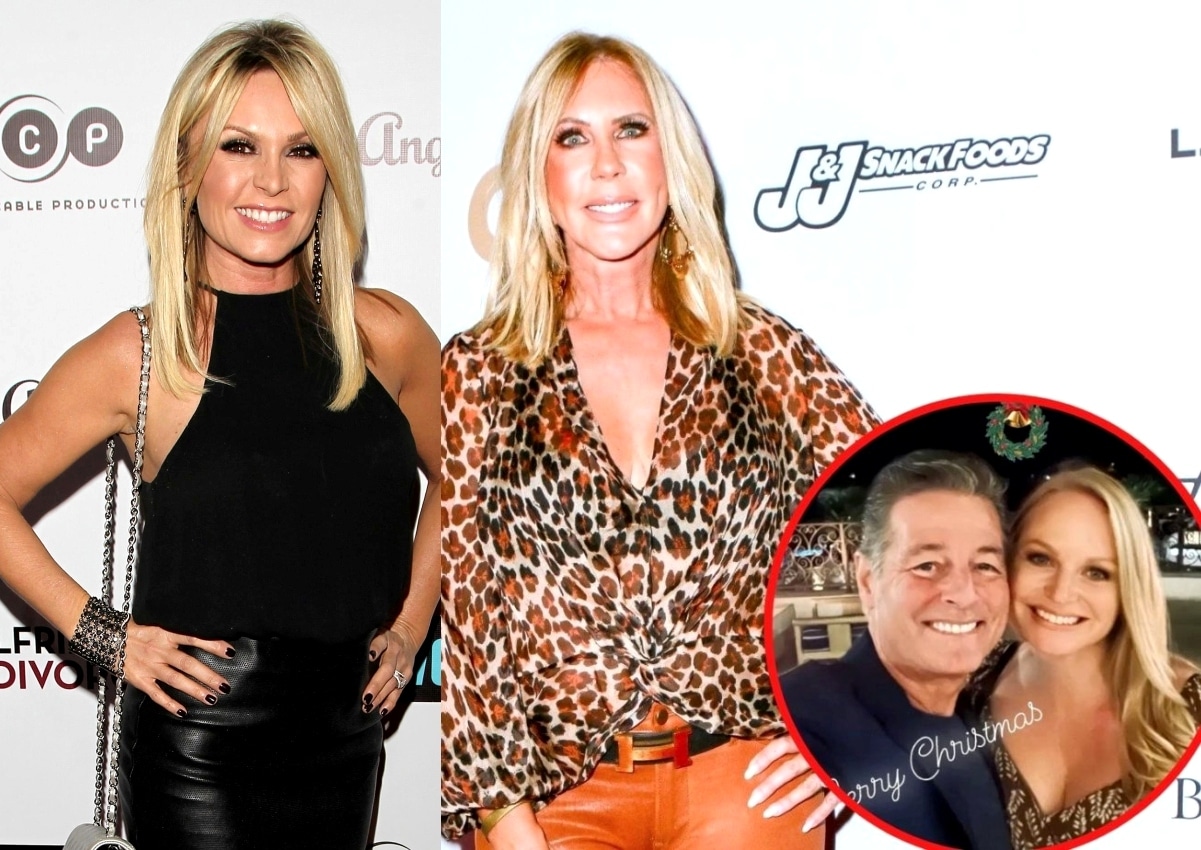 Vicki Gunvalson recently had an awkward encounter with her former fiancé, Steve Lodge, and his new fiancée, Janis Carlson.

Just over a week after Steve, 63, confirmed his engagement to the much younger Janis, 37, Tamra Judge appeared on Jeff Lewis‘ podcast, where she revealed details about her longtime friend and former Real Housewives of Orange County castmate’s restaurant run-in.

While Tamra has remained close to Vicki, 59, following their January 2020 exits from RHOC, she admitted to offering kind words to Steve in regard to his new relationship.

“He says he’s in love, he’s never had love like this before. And I said, ‘Congratulations, I’m glad you’re in love.’ Everyone deserves love. What am I supposed to do? I’m not going to argue with the guy! I’m trying to keep the peace,” she explained.

Steve announced his engagement to Janis on January 3, just three months after the end of his two-year engagement to Vicki was confirmed.

“We are completely head over heels in love and can’t wait to be husband and wife. Janis is a beautiful person, inside and out,” he told Us Weekly at the time. “We have incredible chemistry, we’re very compatible, emotionally connected and have mutual respect for each other. We are equally yoked and look forward to happiness.”

A short time later, Vicki spoke out against Steve, slamming her ex as a “fame-wh-re” during an interview with Page Six.

In other Vicki Gunvalson news, the OG of the OC is getting ready to celebrate her “breakup party” at the Hustler Club’s Kings of Hustler male revue in Las Vegas — and she’ll be cashing in big on the appearance.

According to a report from Page Six, the event is set to take place on the rooftop of Larry Flynt’s venue on February 5 and will garner Vicki “in the 10s of thousands.”

“When Vicki was first approached about doing the appearance, she was still healing from her breakup with Steve,” a source told the outlet on January 12. “She was also super upset about his engagement — but not anymore.”

Vicki is now “ready to put herself out there again. She’s happily single and can’t wait to showcase her freedom,” the insider continued. “She’s super excited for the appearance.”