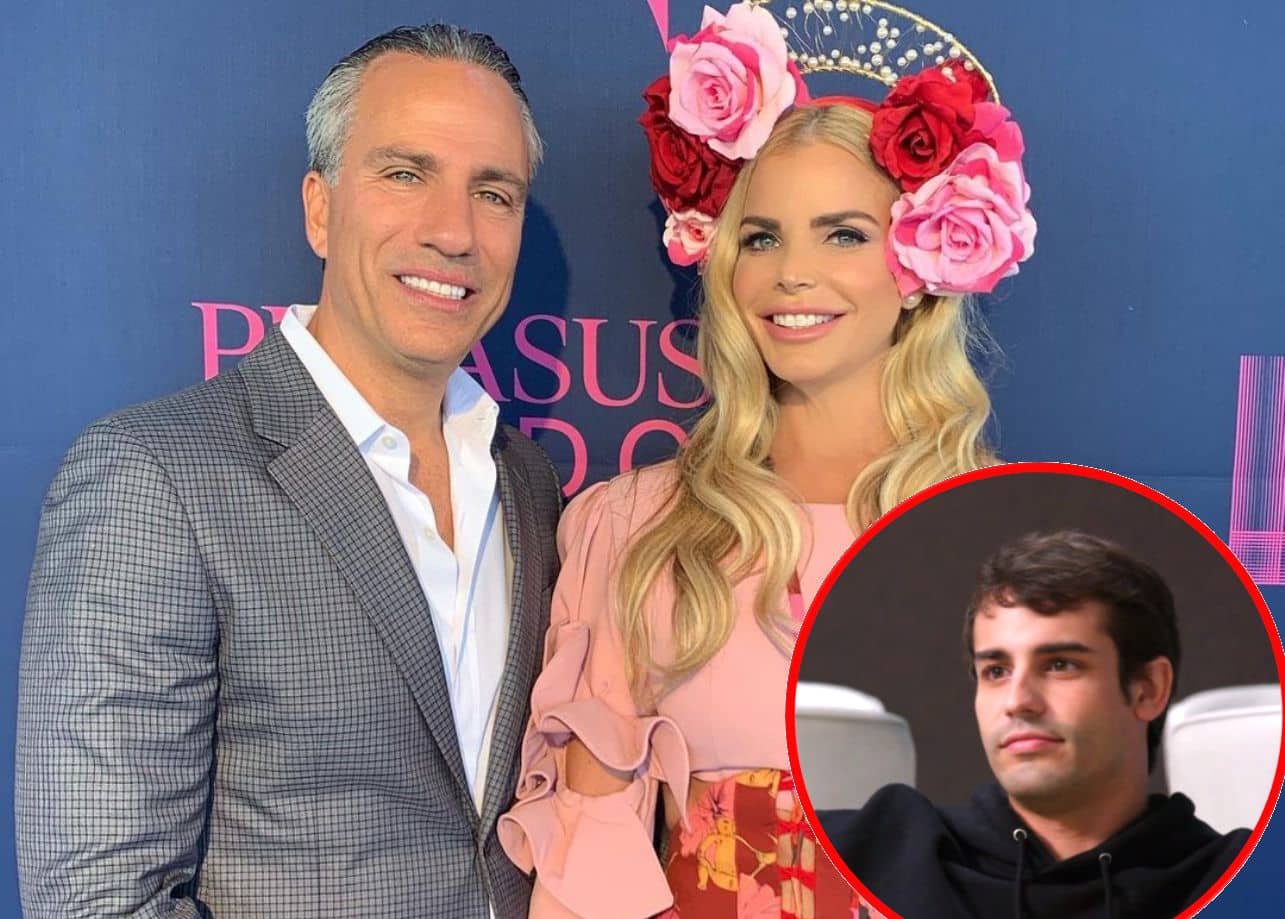 Alexis Echevarria spoke out about her oldest son Peter Rosello‘s recent arrest on Tuesday’s episode of Watch What Happens Live.

Before offering an update on Peter’s relationship with her now-husband, Todd Nepola, and explaining why neither of her sons, including her youngest, Frankie, were present when she and Todd wed, Alexis reacted to Peter’s being accused of allegedly slapping and kicking his girlfriend.

“I really can’t talk about that so I’m not going to but he does have legal representation. And at this point, we’re denying the allegations,” Alexia said on the January 25 episode of WWHL. “That’s all I can say at this point. As a mother, obviously, you can feel my pain.”

Although Alexia’s hardships with Peter have continued, she told host Andy Cohen that his relationship with Todd has improved.

“They’re in a great place today. They’re closer than ever. I feel like sometimes you gotta get uncomfortable in order to see results. So we got uncomfortable. We got together as a family and at the end, we moved forward,” she shared.

Todd is also more understanding today of what she and Peter went through with Frankie (following the near-deadly car accident he was involved in after RHOM season two) than he was amid production.

“Todd’s been in our family for five years already and until you’re in it and you see what we go through on a day to day basis, and see that Peter is such a good, loving brother with his brother, [you wouldn’t understand],” Alexia stated. “I know who my son is you know and only a mother that’s been in a situation like that can really relate to something like that. It’s like your whole family falls apart.”

As for her and Todd’s recent wedding in St. Barts, Alexis confirmed to Andy that Peter and Frankie weren’t present.

“They weren’t. It was just something… Todd and I just wanted to have this moment between him and us. We wanted no interruptions. [And] it was beautiful,” she explained.

Later, during the WWHL: After Show, Alexia was asked if she’d rehire Guerdy Abraira after she told the group about the venue backing out before telling her.

“I feel like Guerdy is amazing at what she does so I totally would hire her again,” Alexia replied. “I think she said that at the moment because it was like the only time that she kind of found to actually say that. Maybe she thought I needed [Marysol Patton]’s support, and Lisa’s support, like the whole group just to get me through finding out that I didn’t have no venue. I think she did it from a good place.”

She then got a little shady after Lisa Hochstein denied feeling that Julia Lemigova was manipulating Adriana de Moura.

“But do you think Adriana’s manipulating [Julia]?” Alexia wondered.

New episodes of The Real Housewives of Miami season four begin streaming every Thursday on Peacock.