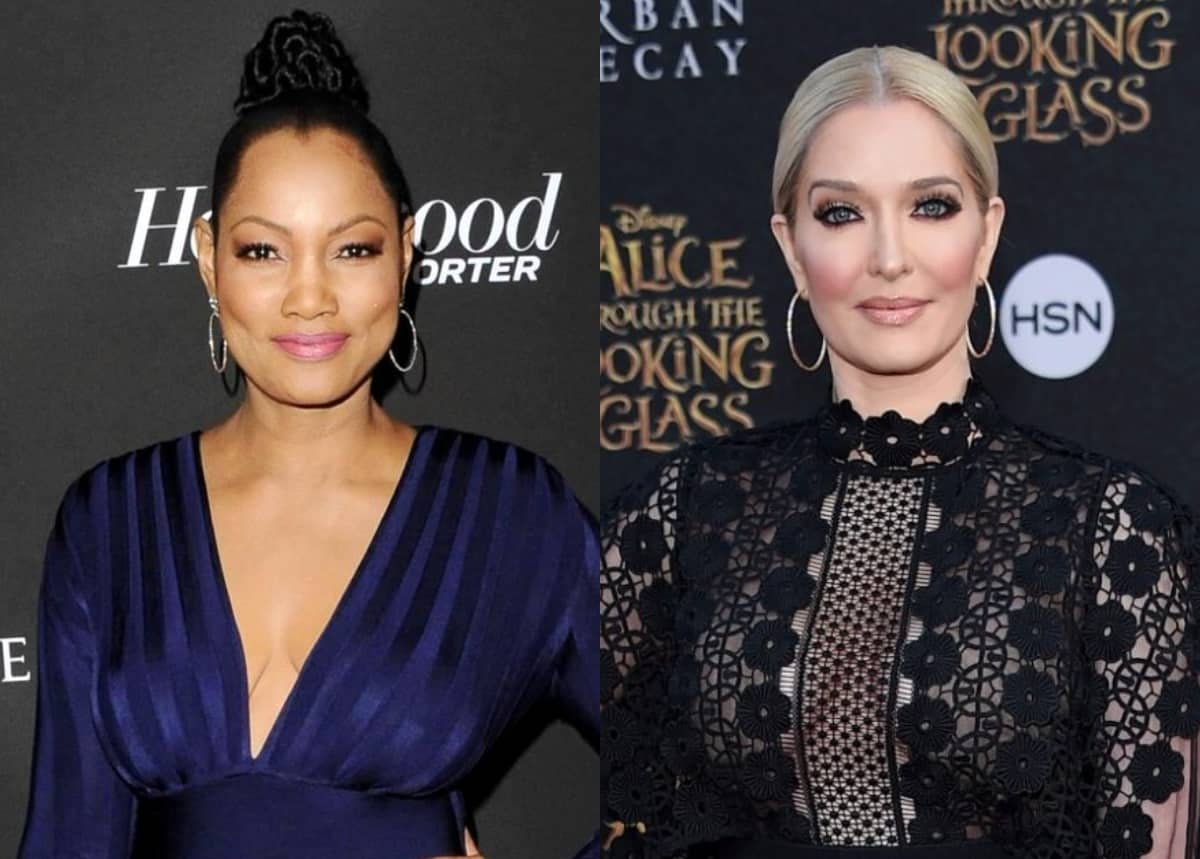 Garcelle Beauvais addressed the latest happenings of Erika Jayne‘s legal journey on Monday’s episode of her talk show, The Real.

After arriving back to Los Angeles from an allegedly drama-filled trip to Aspen with her Real Housewives of Beverly Hills co-stars, Garcelle discussed the recent news regarding a pair of earrings that Erika’s estranged husband, Thomas Girardi, allegedly purchased for her with $750,000 of his clients’ money.

“If I was in Erika’s shoes… I would give up the diamonds quickly,” Garcelle said on the January 31 episode of The Real, via Queens of Bravo on Instagram.

As RHOBH fans may have heard, Erika was accused of refusing to hand over the diamond earrings, which are estimated to be worth $1.4 million today, last week, just over a year after Thomas was forced into Chapter 7 bankruptcy and accused of owing his former clients and other creditors $101 million.

He allegedly hid what he did by describing the earrings as a “cost” item in his financial records.

Continuing on to her co-hosts, Garcelle said, “I believe she’s giving them to a third party until it’s decided if she does have to give them back but… There’s so much more she could do — even if she’s not guilty of knowing everything that Tom was doing.”

Throughout the many months of claims regarding Thomas’ supposed crimes against his clients, including the embezzlement of millions from widows and orphans of plane crash victims, Erika has insisted, both on the show and off, that she is innocent of all claims and knew nothing about the former attorney’s misdeeds.

According to Garcelle, she believes that if Erika would do more to show that she is working to assist the victims involved in the many cases against her husband, she wouldn’t come off as so cold.

“This is a way of saying, ‘I have compassion for you and therefore, take the jewelry, take the necklace.’ I mean, when she shows up for work, she is diamond-ed out. So she’s got a lot. So getting rid of those diamond earrings is not going to hurt her,” she noted.

Garcelle then questioned if and why Erika would get “joy out of wearing them.”

Although Erika seemingly shut down rumors of a feud with Garcelle by sharing a happy photo of them together on her Instagram page over the weekend, just days after Garcelle unfollowed her, this is sure to cause a rift between them.

The Real Housewives of Beverly Hills season 12 will air later this year on Bravo.