Home Keeping Up With the Kardashians Kim Kardashian Reveals Reason For Divorcing Kanye West, Talks Co-Parenting With Kanye, and Why It’s “Scary” Without Him

Kim Kardashian Reveals Reason For Divorcing Kanye West, Talks Co-Parenting With Kanye, and Why It’s “Scary” Without Him 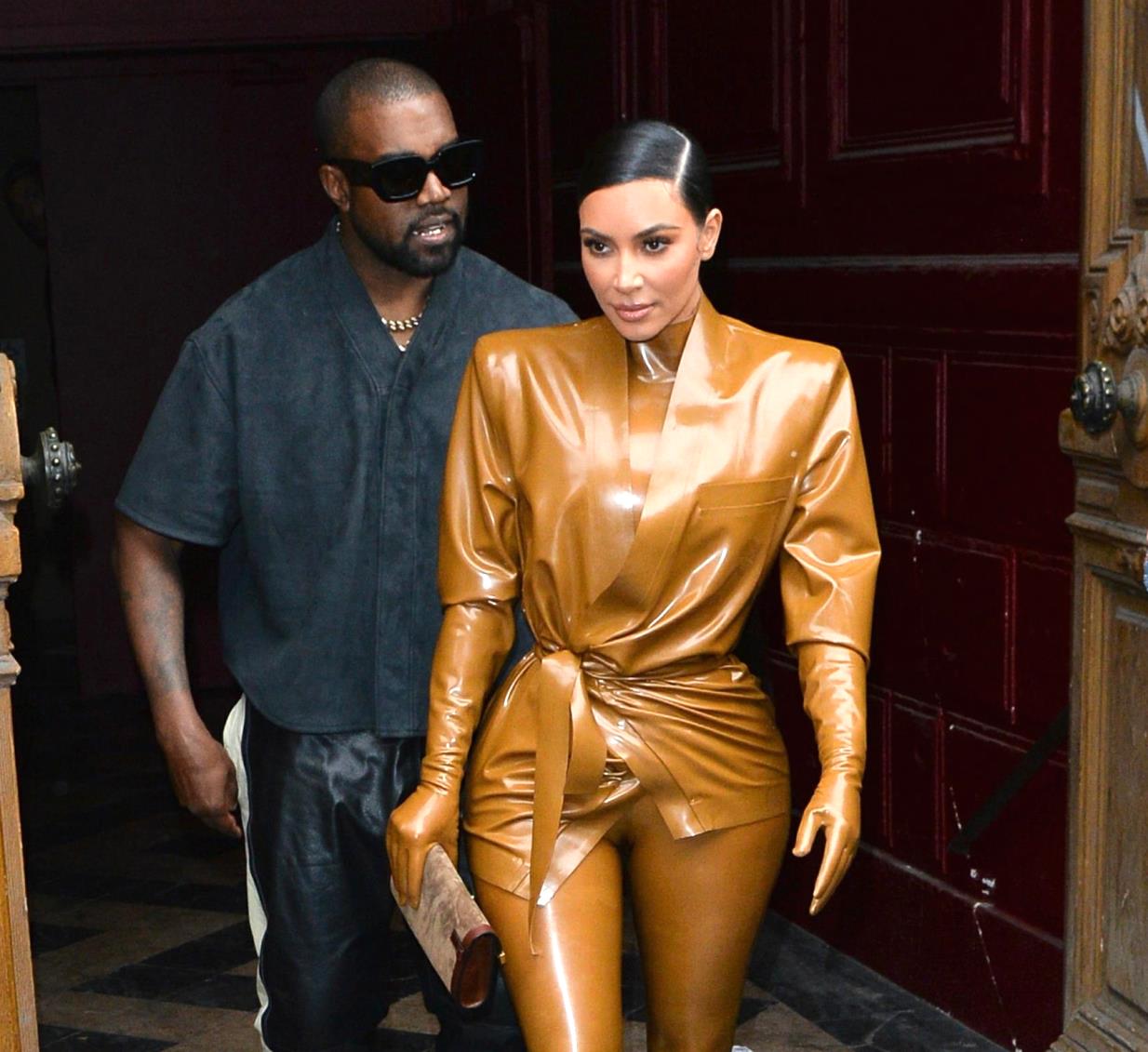 Kim Kardashian opened up about her February 2021 split from Kanye West during a new interview with Vogue.

While appearing on the fashion magazine’s March 2022 cover, the 41-year-old Keeping Up With the Kardashians alum spoke about the moments that led up to her decision to end her six-year marriage to the rapper, 44, with whom she shares four children, including North, 8, Saint, 6, Chicago, 3 and Psalm, 2.

“For so long, I did what made other people happy,” Kim said, via PEOPLE. “And I think in the last two years I decided, I’m going to make myself happy. And that feels really good. And even if that created changes and caused my divorce, I think it’s important to be honest with yourself about what really makes you happy. I’ve chosen myself. I think it’s okay to choose you.”

Kim began dating Kanye in 2012, about a decade after their initial meeting, and in May 2014, just under a year after they welcomed North, they wed.

“My 40s are about being Team Me,” Kim continued. “I’m going to eat well. I’m going to work out. I’m going to have more fun, spend more time with my kids and the people who make me happy. I’m going to put my phone down. Unfollow if I don’t want to see something on Instagram. [My sister] [Khloe Kardashian] came up with the best phrase for that yesterday. She said, ‘Post and ghost.'”

Looking forward to her future, Kim said she’s learning how to live without her former spouse.

“I always think, ‘What will be next?’ Because I always had Kanye, who knew exactly what the next fashion era would be for me,” she explained. “And there’s something scary about being out there on your own, but also something so liberating. Who knows? I might just be in Skims and be so comfy and casual and wear no makeup, and that might be what I feel like representing to the world. Maybe it’s just not that serious.”

Although Kim and Kanye appeared to be fairly civil when it came to co-parenting their four children, drama erupted last month when Kanye accused Kim of failing to invite him to their daughter Chicago’s fourth birthday. Then, just weeks later, Kanye lashed out at Kim on Instagram for allowing North to be on TikTok “against [his] will,” and he suggested she tried to “kidnap” Chicago from him.

Despite the drama, Kim told Vogue she plans to stay civil with Kanye for the sake of their children.

“You could be so hurt or angry at your ex, but I think in front of the kids, it always has to be ‘Your dad’s the best,'” she stated. “Make sure you are your co-parent’s biggest cheerleader. No matter what you’re personally going through.”