Home Real Housewives of Beverly Hills News Kathy Hilton Will Return to RHOBH Under This One Condition as Source Explains Drama With Erika and Lisa, and Absence From Finale

Kathy Hilton Will Return to RHOBH Under This One Condition as Source Explains Drama With Erika and Lisa, and Absence From Finale 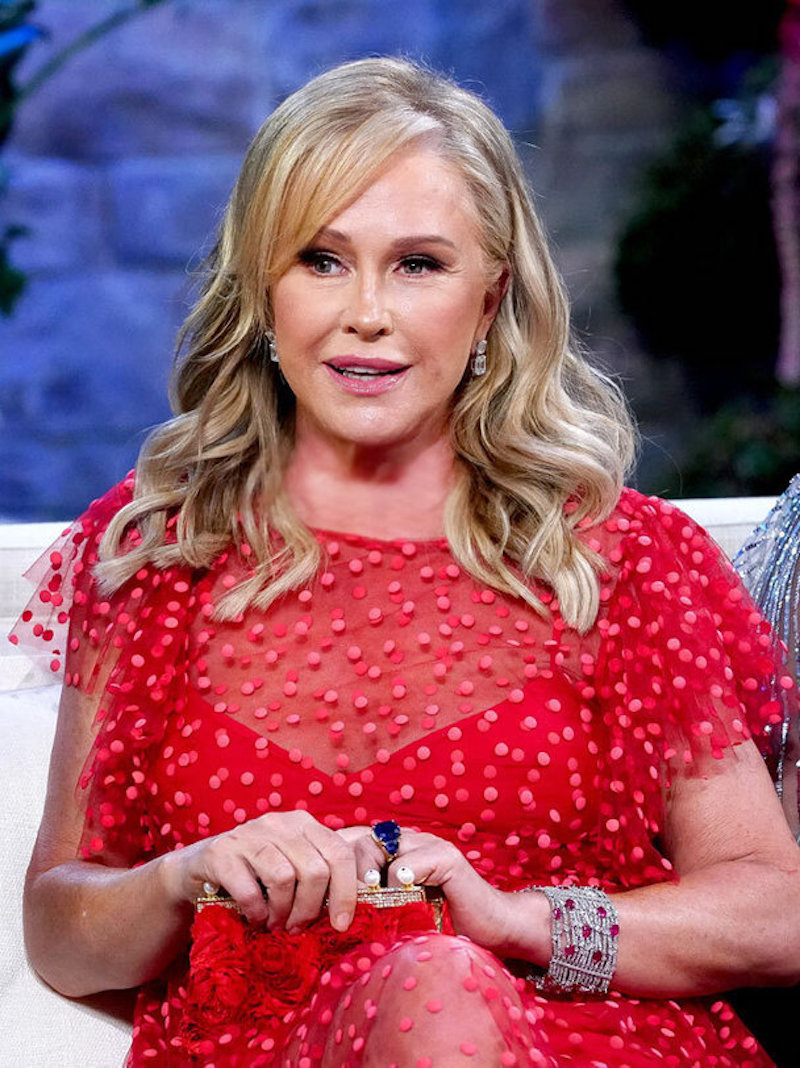 Kathy Hilton reportedly had a rough time filming the final episodes of The Real Housewives of Beverly Hills season 12 after her alleged meltdown amid the cast’s trip to Aspen.

According to a series of new reports, which come on the heels of rumors suggesting Kathy was refusing to film with her castmates and had sent a letter of cease and desist to Lisa Rinna, Kathy likely won’t be returning to RHOBH for season 13 unless her sister, Kim Richards, is brought back to the show.

On February 14, Kathy’s manager spoke to Radar Online, suggesting that amid Kathy’s reported estrangement from Lisa and Erika Jayne, she’s unsure about continuing her run on Bravo.

“I mean, look, she’s about to have one more grandchild, who knows what else. I think she’s enjoyed the experience,” Kathy’s manager shared. “They’re talking to her sister, Kim, about it. I think that could put some weight on her coming back, yeah, but I can’t guarantee that. I can’t say she’s doing it right now.”

“I think she was happy to hear that Andy reached out to Kim, and I think it would be a lifetime experience for her to film with [Kyle Richards] and Kim,” she continued. “I mean, she would just be really jazzed about it if it was done right.”

The manager also confirmed to Radar Online that Kathy wasn’t expected to film the finale episode because she and her husband, Rick Hilton, already had plans to be in Palm Beach, Florida, which Bravo was allegedly aware of.

However, while photos surfaced on Monday of Kathy attending Donald Trump‘s Super Bowl party at the Trump International Golf Club in West Palm Beach, the manager said the couple was in town to visit a friend.

“Our friend, Vera, lost her husband a year ago last week. Vera lives in Palm Beach. Kathy and Rick have always planned on being in Palm Beach this weekend with her for the week,” she explained. “Kathy’s also hosting a charity event with her daughter, [Nicky Hilton], in Palm Beach on Wednesday. It’s the Hope For Depression Research Foundation, founded by one of Kathy’s oldest and dearest friends, Audrey Gruss. So this was all planned way in advance. Production was always aware of the schedule.”

Before Kathy left Los Angeles and headed to Florida last Friday, she filmed her final scenes for RHOBH season 12 with Kyle and Lisa.

“Kathy filmed with Kyle on Thursday, and Lisa came over and she filmed with the two of them,” the manager revealed. “That was how her arch ended.”

The manager went on to say that when it comes to the allegedly offensive statements Kathy made amid her dispute with a staff member at the Caribou Club in Aspen, her client “did not say it.” As the manager explained, Lisa has reportedly been clear that Erika told her what Kathy had said but that she didn’t hear it for herself.

Although Lisa didn’t actually hear what Kathy supposedly said, she’s believed to be spreading the gossip, which is reportedly why, according to sources, Kathy filed a cease and desist against her, which Kathy’s team has refuted.

“[Kathy is] flabbergasted… She’s just in shock that somebody would take it to this level. Whether it’s to create a diversion from themselves for something else, I don’t know. But she’s in shock,” the manager stated.