RHOSLC’s Mary Cosby Addresses Jennie’s Glass Throw as Charges Against Her Son Are Dismissed, Plus She Heads to Trial 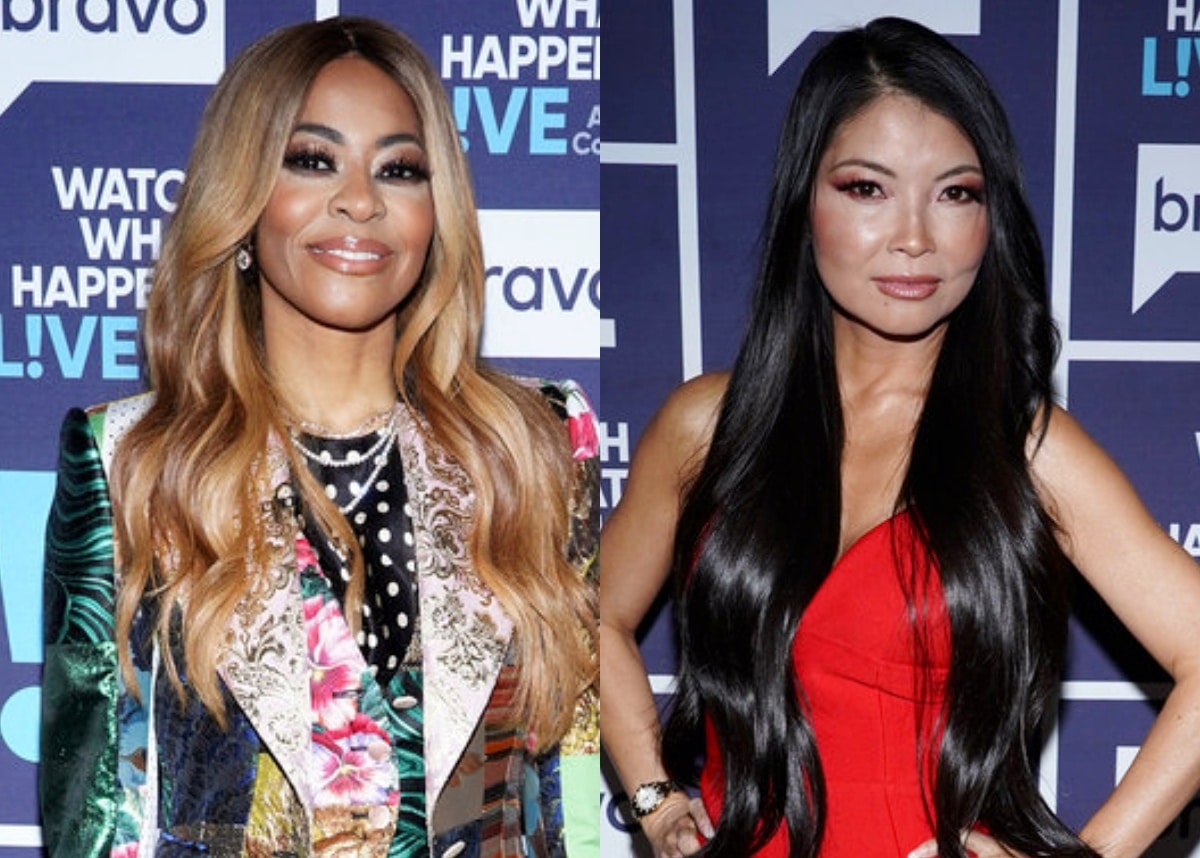 Mary Cosby reacted to Jennie Nguyen throwing a glass at her on Twitter on Sunday night amid the latest episode of The Real Housewives of Salt Lake City.

After Jennie was seeing lashing out at Mary for refusing to discuss their issues amid a conversation between Mary and Whitney Rose, which left her in shock at the lack of compassion she received from her castmates, Mary took to her social media page, where she offered a couple of replies.

“The fact that no one defended [Mary Cosby] after she got a glass thrown at her is sickening. I’m glad she’s away from these toxic women she deserves better,” a fan wrote to Mary on February 20.

In response, Mary shared a praying hands emoji and a kissing emoji. 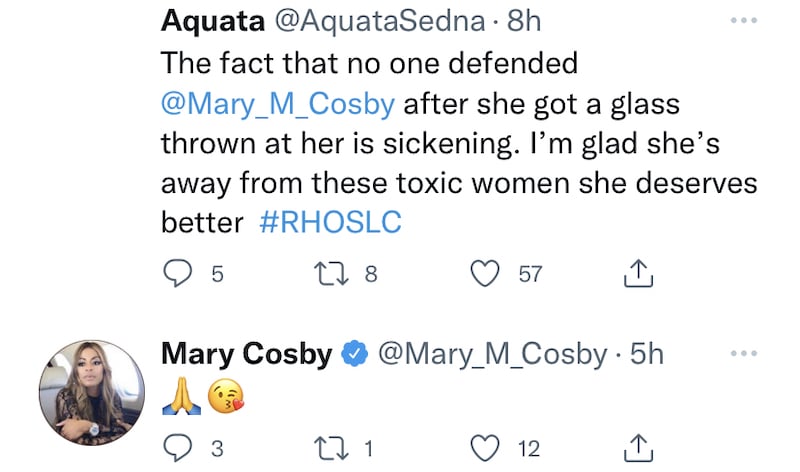 “So… I was going back and forth on watching the reunion. However, after seeing a glass thrown at Mary and no one saying a word… Yeah, y’all can keep the reunion. I think I’ll find something else to watch. I’ll just find the Meredith clips later,” tweeted a second fan, giving a nod to the taping Mary skipped.

“I love you! Thank you for seeing Truth! Much Love for your support all season!” Mary replied. 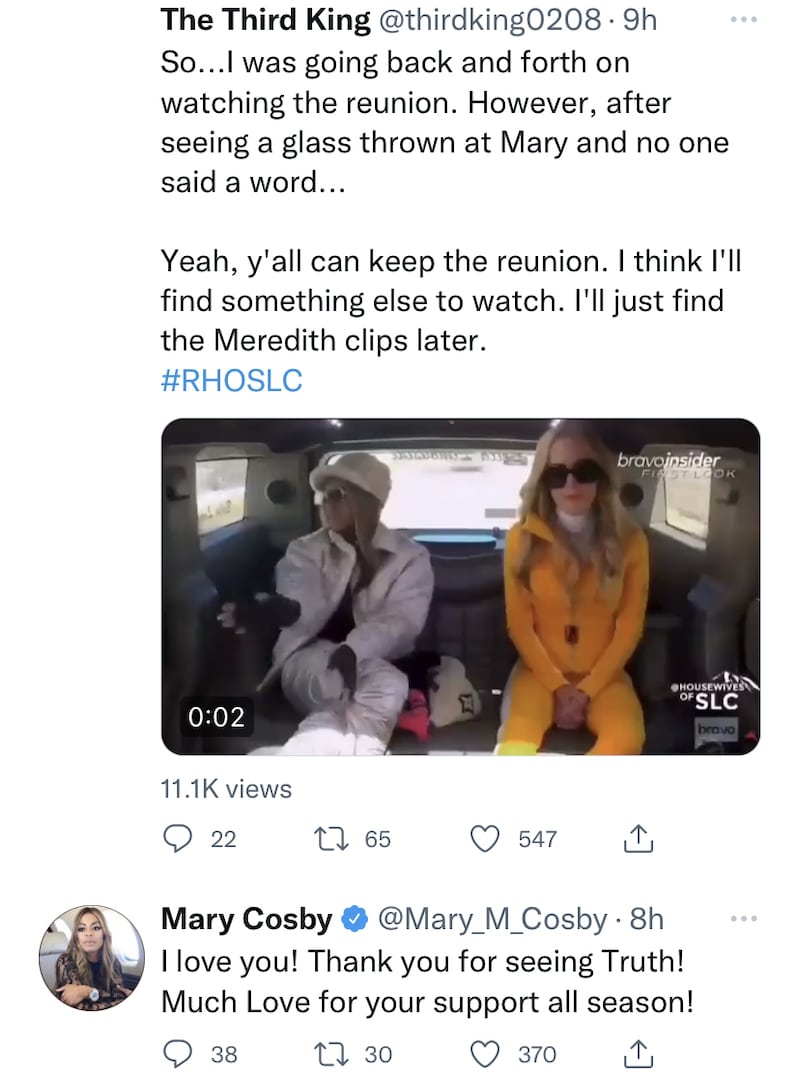 In other Mary Cosby news, FOX 13 News has confirmed that prosecutors dismissed a criminal case against Mary’s son, Robert Cosby Jr., on Friday due to issues with their witness.

As RHOSLC fans may recall, Mary and Robert Jr. were charged with misdemeanor counts of unlawful sheltering of a runaway and contributing to the delinquency of a minor last year following an alleged incident in April. And months later, both parties pleaded not guilty.

In a statement, Robert Jr.’s attorney, Clayton Simms (who is also connected to Jen Shah‘s fraud and money laundering case), told FOX 13 News that the case against him was in reference to a situation in which his girlfriend visited his home.

“Robert Cosby, Jr.’s criminal case was dismissed today. He only hopes that the dismissal of his case gets the amount of attention his getting charged received,” the statement explained. “Most innocent people are eventually worn down by the system and take the prosecutor’s offer. Robert’s willingness to fight the case and maintain his innocence in the face of tempting favorable plea bargain is admirable. An innocent person should always fight for the truth. He’s thankful that his criminal case was dismissed.”

Although the case against Robert Jr. has been dismissed, Mary is still facing charges and is due in court for trial in May.