Lala Kent Seemingly Shades Randall for Calling Paparazzi on Himself and Ocean, See PHOTO as She Suggests He’s Riding Her Coattails

Lala Kent appeared to share a very shady post on her Instagram Story last night in which she seemed to suggest that her former fiancé, Randall Emmett, not only calls the paparazzi on himself but does so only when their 11-month-old daughter, Ocean, is in his care.

Along with an equally shady poll, which asked if the unnamed individual she was referring to was either “desperate AF” or attempting to combat negative press, the Vanderpump Rules cast member hinted that Randall is attempting to skew his reputation.

In her March 7 post, Lala began, “When someone calls the paparazzi on themselves, but only when they have a certain one of their kids, do we think they are…”

Then, in two separate options, she wrote, “[Desperate] AF [and] wanna keep riding Lala’s coattails” or “using your kid to save face because the press be slamming you.”

On March 6, Randall was photographed by paparazzi as he stepped out with daughter Ocean and her nanny around his West Hollywood neighborhood. 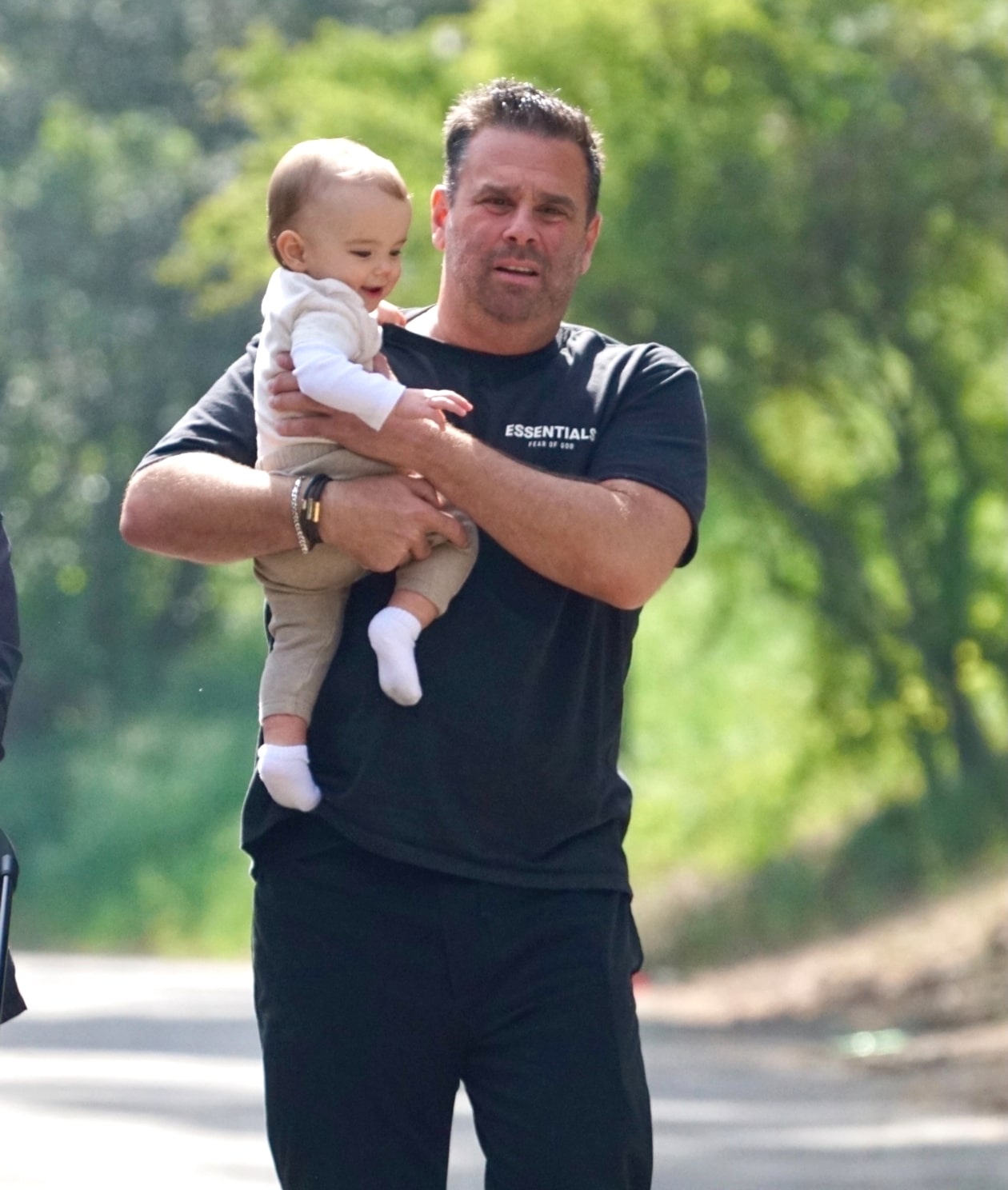 Lala also added to the idea that she was speaking of Randall by including the hashtags for “liens on liens on liens” and “bring the dogs out.” 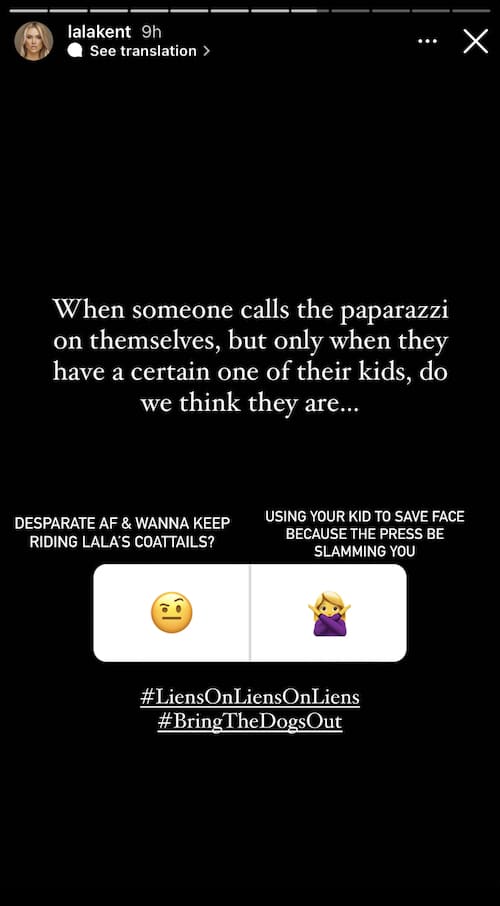 As Pump Rules fans may have heard, news of Randall’s financial troubles first hit the web last year. At the time, it was noted that the film producer and director had claimed in court documents filed amid a custody dispute with ex-wife Ambyr Childers that he was facing bankruptcy.

In his documents, Randall’s attorney said that if he couldn’t afford to keep a shared account at $50,000 because doing so would cause him to “fall deeper and deeper into debt.”

“[He] will be forced to file for bankruptcy. A bankruptcy filing will not only harm Randall, but Ambyr, and most importantly, the children, as Randall is the sole income earner for the family,” the lawyer continued.

Randall is also facing a $336,000 lawsuit from his former landlord, who claims he failed to pay rent.

“It was towards the end of the relationship that I was like, ‘There are a lot of people are trying to collect payment,’” she recalled. “It became a thing where they would start saying, ‘If I don’t get paid I’m telling Lala.’ Because I’m on it. I thought that people did work, got paid, and went about their business like normal life. I had zero clue.”