Home Real Housewives of Orange County News Kelly Dodd Shades Gina as ‘Charity Case’ Who Brings No Extravagance to RHOC, Suggests Emily is ‘Fake’ and Hasn’t Practiced Law in Years, Plus If She’d Return to Show

Kelly Dodd Shades Gina as ‘Charity Case’ Who Brings No Extravagance to RHOC, Suggests Emily is ‘Fake’ and Hasn’t Practiced Law in Years, Plus If She’d Return to Show 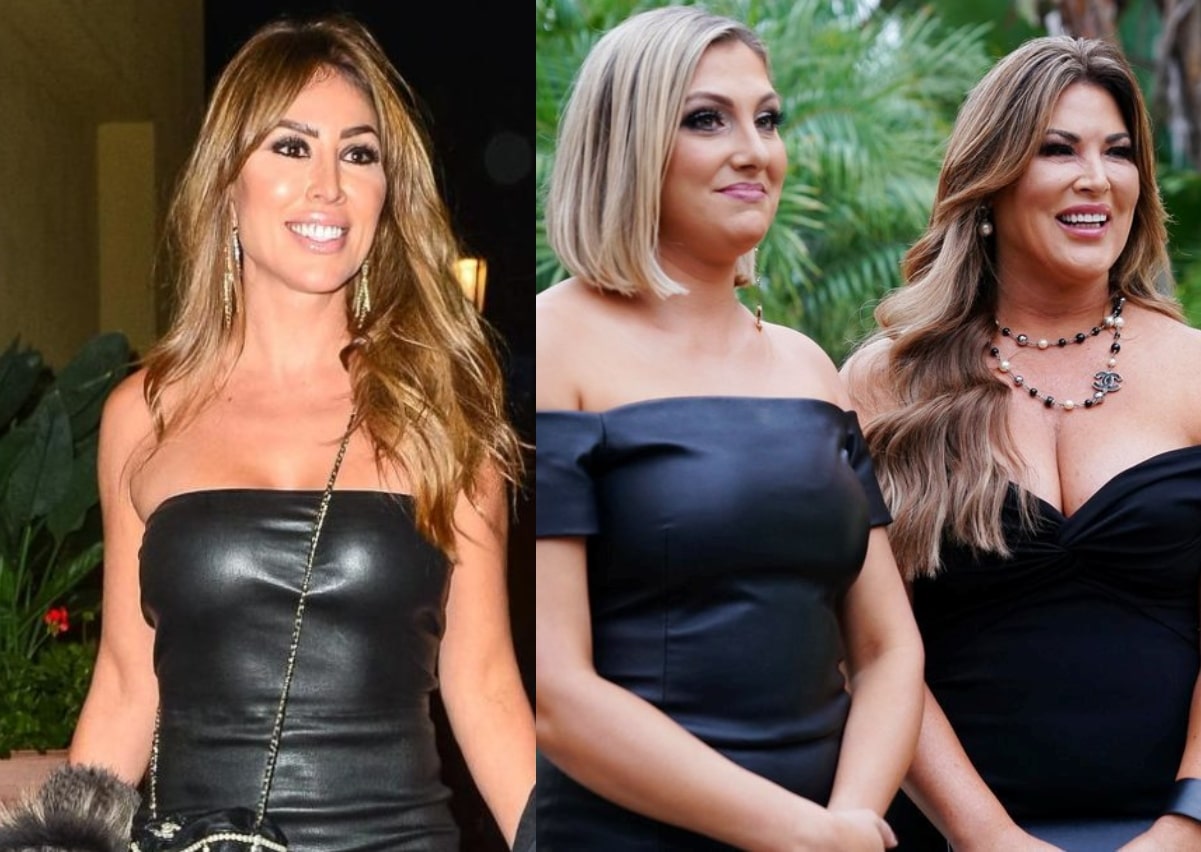 Kelly Dodd didn’t hold back her true feelings for Gina Kirschenheiter and Emily Simpson on Twitter on Wednesday night as the latest episode of The Real Housewives of Orange County aired on Bravo.

Amid the episode, Kelly agreed with a fan who shaded Gina’s finances and relationship with Heather Dubrow before clapping back at claims of being jealous of Emily, targeting her career in law, and revealing what would make her return to the reality series for a future season.

“Gina is a STRAY DOG tag-along charity case! She’s never hosted a party at her house, never threw anything extravagant like the other women, nor does she bring anything to this show except being FAR, FAR, FAR up Heather’s a–! ENOUGH!” the Twitter fan had written about Gina on March 16. 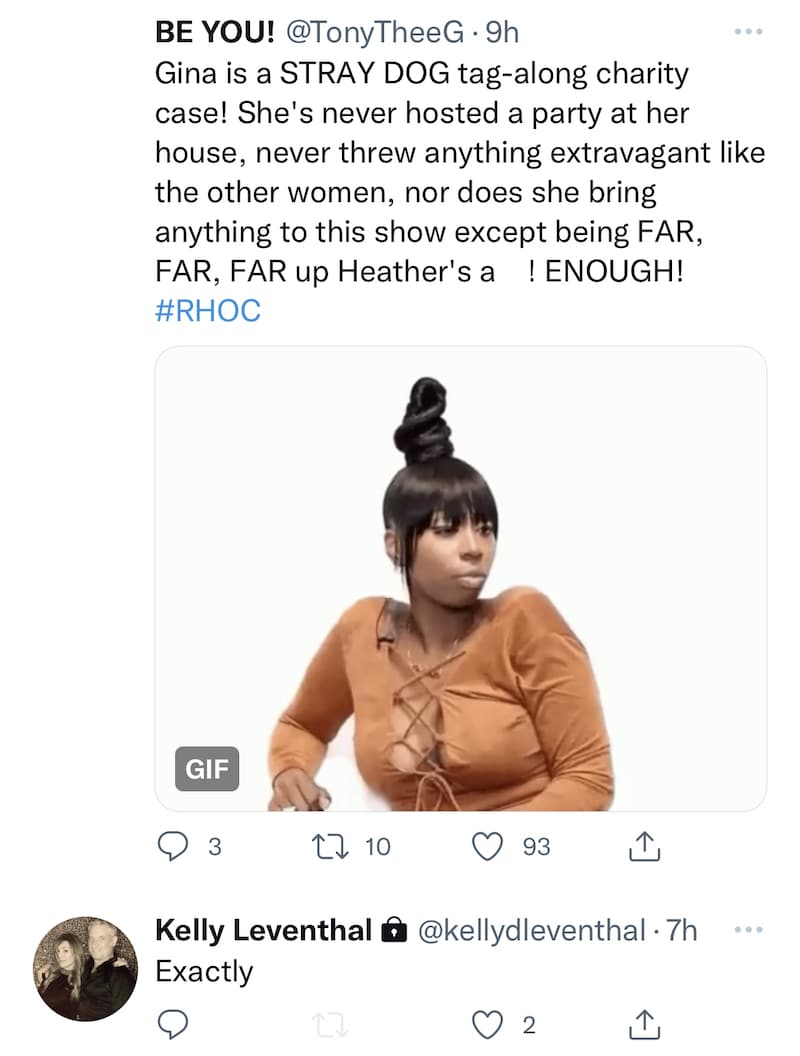 Another Twitter user suggested Kelly was jealous of Emily, which Kelly quickly denied.

“Could you be more jealous of her???” the person asked.

“Jealous of what her body? Her husband? Her in-laws house that they live in?” Kelly wondered. “Nah not jealous just don’t like fake people.. again, what law firm does she work for? What case law or discovery has she ever done. I guess when you’re dumb and uneducated you believe everything.” 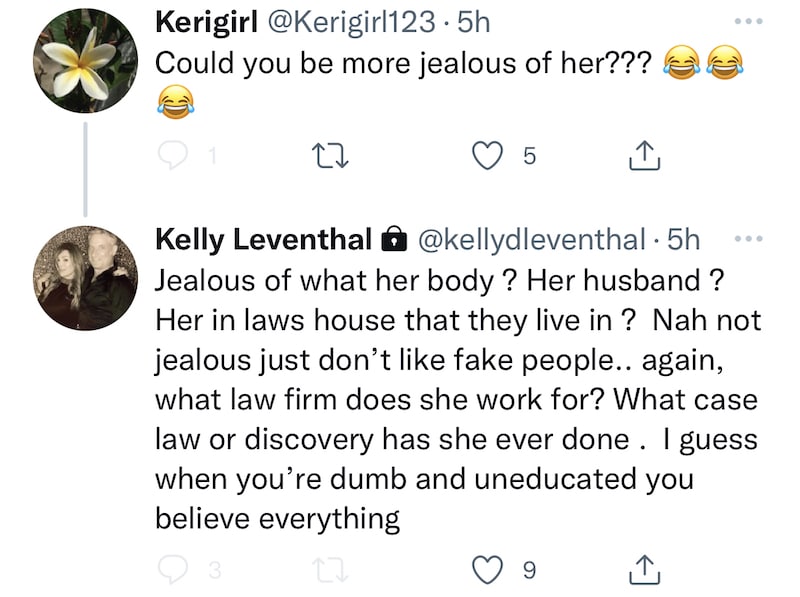 Kelly went on to shade Emily’s profession after a third person said she was “doing good work” and noted that the criminal justice system “is so unfair.” 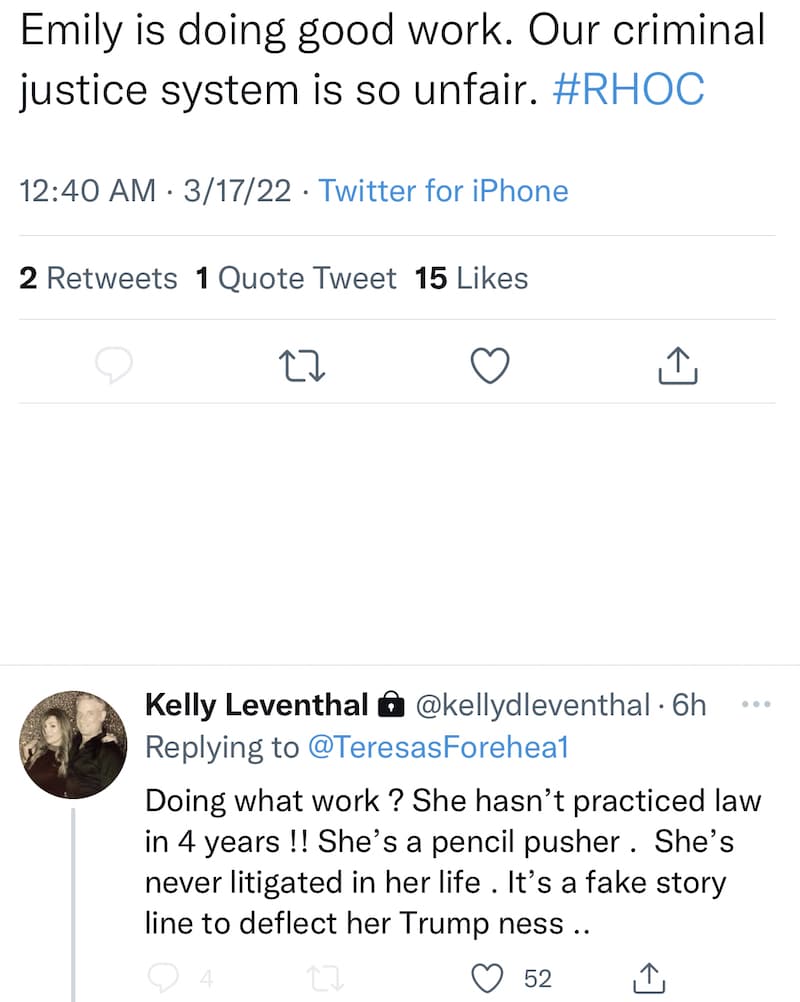 Also on Twitter on Wednesday, a fan asked Kelly, “Would you even come back if asked?” In response, Kelly revealed that if she were offered enough cash to return, she would likely do so.

“I am happy with my current situation but the money was sooo good it’s hard,” Kelly admitted.

Kelly exited RHOC in June 2021 after five seasons as Heather rejoined the show after taking four seasons off.