Kelly Dodd Shades RHOC as a Heather Dubrow Infomercial, Teases Surprise Return, and Labels Emily as “Tamra 2.0,” Plus Says Heather’s PJs Are Paid for by Production 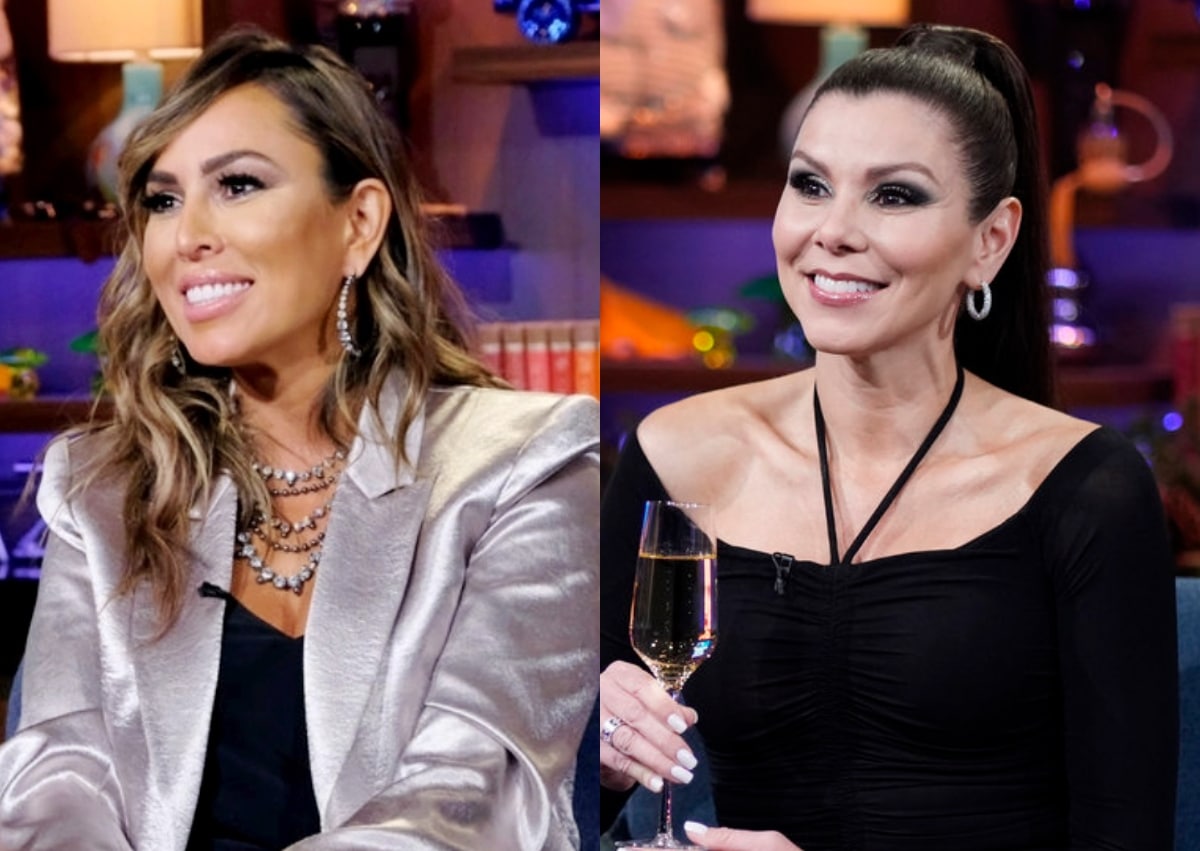 Kelly Dodd has taken note of a running theme on The Real Housewives of Orange County.

After watching Heather Dubrow return to the show, where her luxurious lifestyle is frequently featured, Kelly reacted to the ongoing promotion of all things Heather before suggesting she may be featured on next week’s episode and sharing her thoughts on Emily Simpson‘s pot-stirring antics.

“A vacation to promote real estate… An invite to Noella to promote products… A dinner party to promote another show… When does the Dubrow infomercials end?” a Twitter fan page asked on March 9. 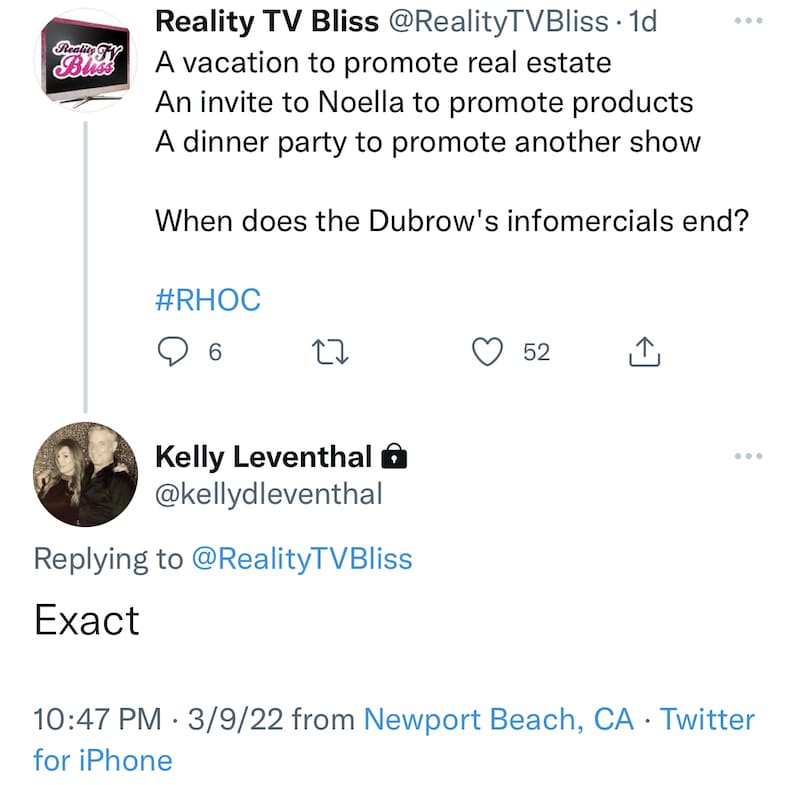 Then, the following day, after someone that appeared to look similar to Kelly was seen on Tuesday’s episode of RHOC, Kelly shared a message about her potentially impending return to the show.

“Not sure if you guys caught it, but apparently I’m the [cliffhanger] at the end of the show… See if I’m on next week!?” she teased.

As for her thoughts on Emily, Kelly agreed with a fan who called her “Tamra 2.0,” shaded her and Gina Kirschenheiter for their allegedly “pre-meditated” drama, and suggested she was jealous of Gina and Heather’s friendship, not Shannon Beador.

“Emily needs to stop trying to be Tamra 2.0 with the pot stirring. [Tamra Judge] stayed neutral, this is a pre-meditated ploy by Gina and Emily. BOTH sides were doing the ‘WE’RE having more fun’ thing, but Shannon’s solely blamed? [Definitely] think she’s the one jealous of Heather and Gina,” the viewer wrote. 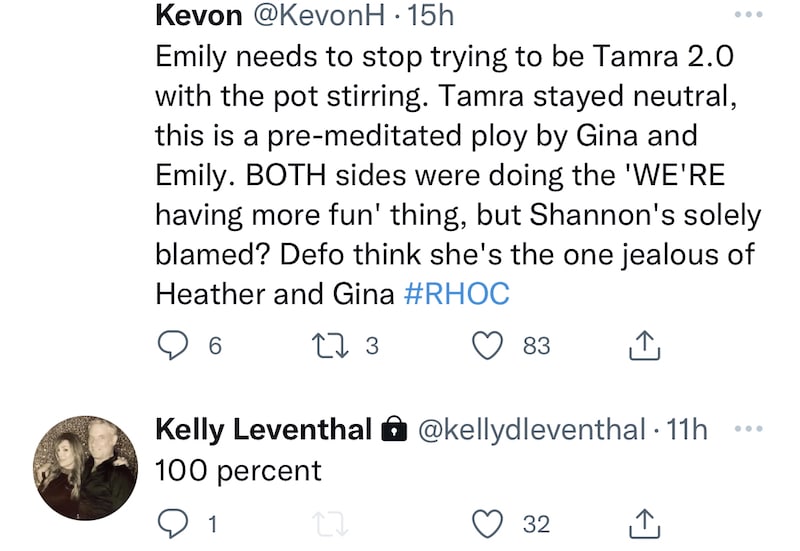 Another person mentioned how Heather Dubrow had flown private to New York only to stay in the Sheraton before relating to The Time in New York City and noted that they were “not impressed.”

“Ugh showing off again… Over her and Terry they should’ve stayed gone,” another viewer replied. 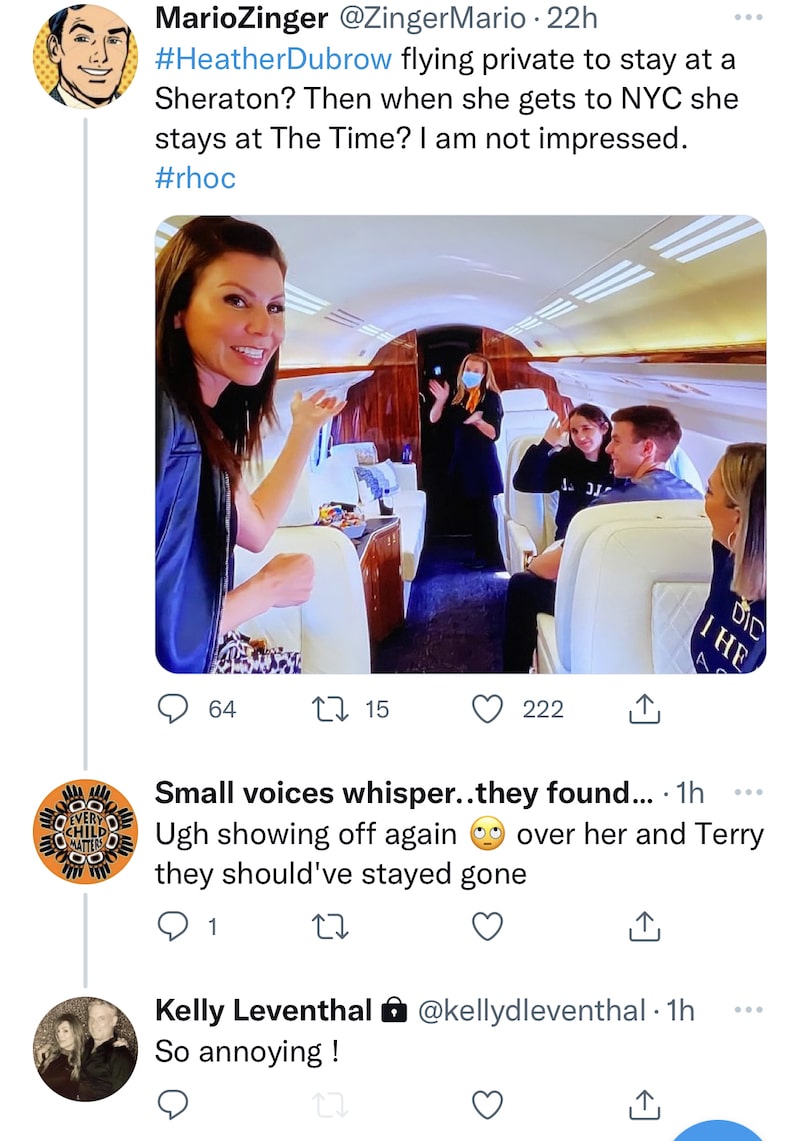 Although Kelly found Heather’s flaunting of wealth “annoying,” she went on to tell a different Twitter user that the over-the-top lifestyle Heather was showcasing on RHOC wasn’t all her own.

“It’s her money to spend,” the fan had said in defense of Heather.

“It’s not her money,” Kelly clarified. “Production pays for that stuff… I just thought it was funny when he was naming the hotels.” 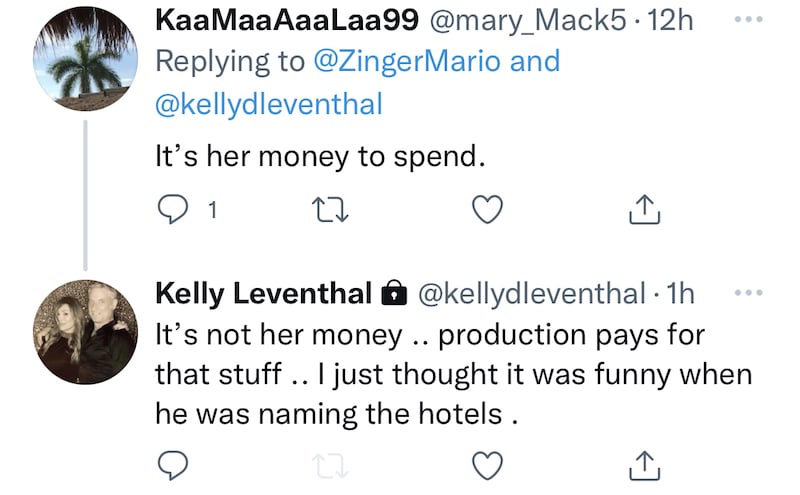