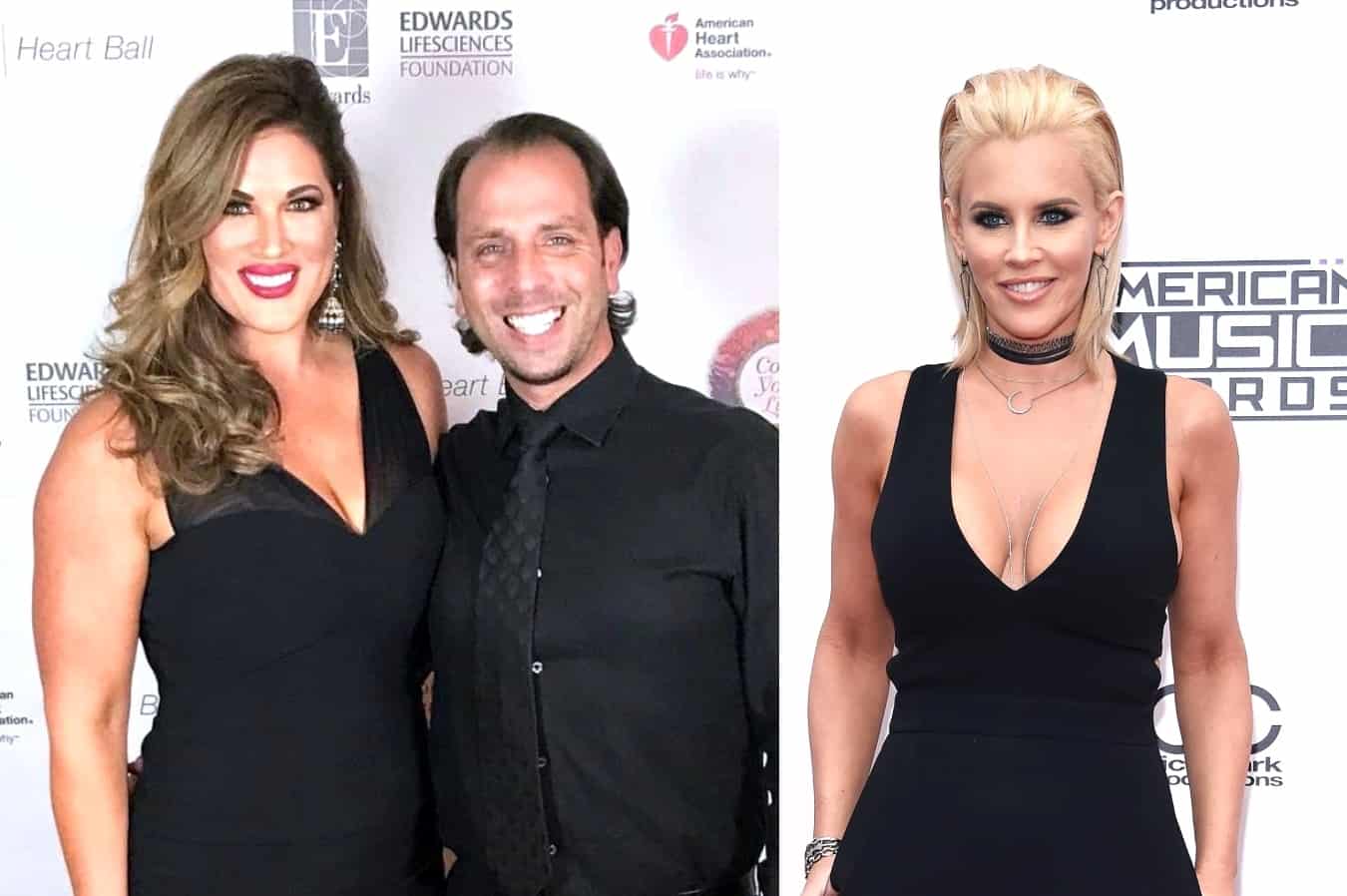 Has Jenny McCarthy offered an apology to Shane Simpson after slamming him as a “dork” and a “huge loser” during an appearance on Watch What Happens Live with his wife, Emily Simpson, last week?

During a Q&A session with her fans and followers on her Instagram Stories on Monday, November 9, the Real Housewives of Orange County star revealed if Jenny reached out before dishing on her recent weight loss, the drama of season 15, and more.

“Did Jenny McCarthy apologize to Shane? If not she should!!” a fan wrote to Emily during the chat, adding that they were “Team Emily and Shane.”

“No but maybe she will in the future! Who knows,” Emily replied. “But when I told Shane about what she said his response was: ‘I don’t care. I’m a Carmen Electra fan anyway.'” 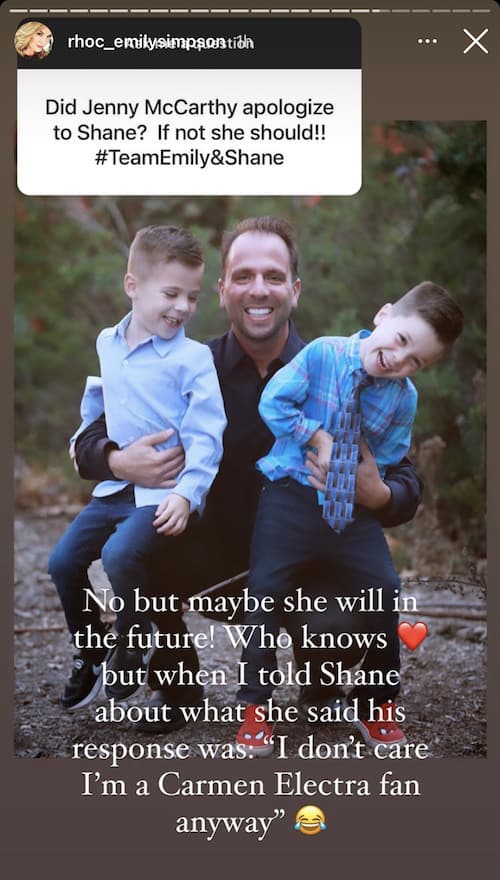 Another fan asked, “What is the most important lifestyle change you made to lose weight? You look fabulous!”

“I stopped eating fast food (I still enjoy a bean burrito from Del Taco occasionally) and I rarely drink soda,” Emily replied. “I also have tried to eliminate all dairy from my diet. I use oat milk in my coffee and I love almond milk yogurt.” 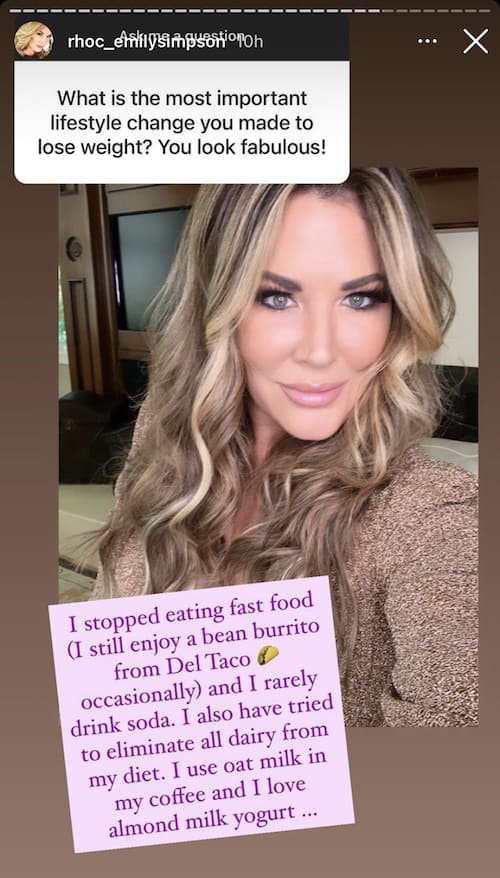 A third fan wanted to know if Emily felt like a “sh*t-stirrer” while filming RHOC season 15.

“[A lot] of fans are saying that you are a sh*t stirrer this season, do you think that you are?!” the fan wondered.

“Haha… not on purpose but I’m going to tell my friends what I hear about them,” Emily explained. 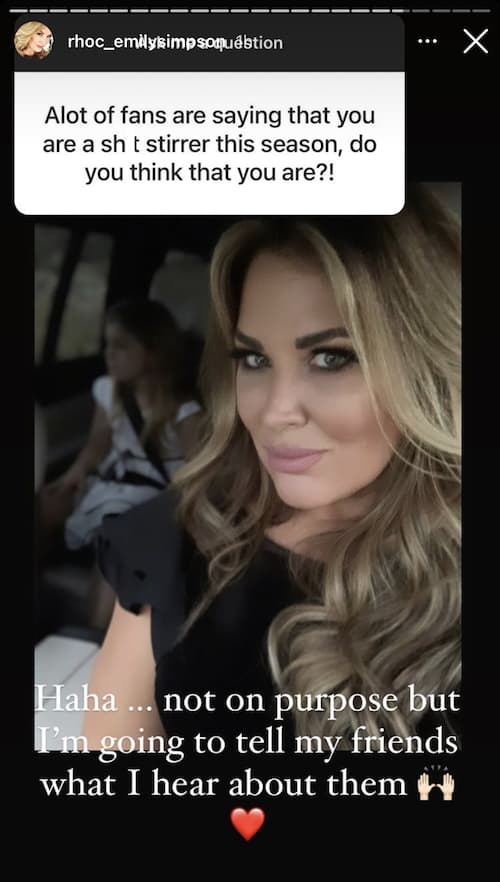 As questions continued to pour in, another person asked Emily which two former housewives she’d like to see return.

In response, Emily shared a photo of herself with Lizzie Rovsek and Gretchen Rossi and tagged the two women in her post. 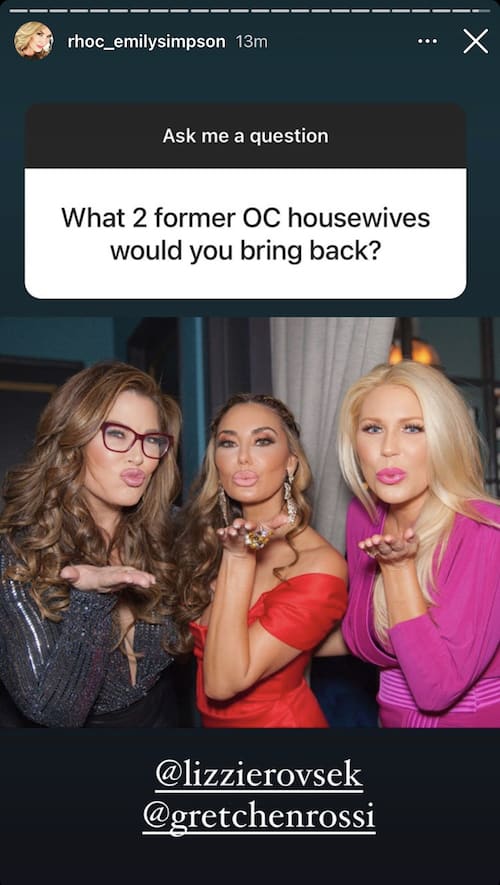 A fifth fan wanted to know about Emily’s current relationship with Shannon Beador.

“Keeping in touch with Shannon? You all click so well this season it’s genuine!” the person stated. 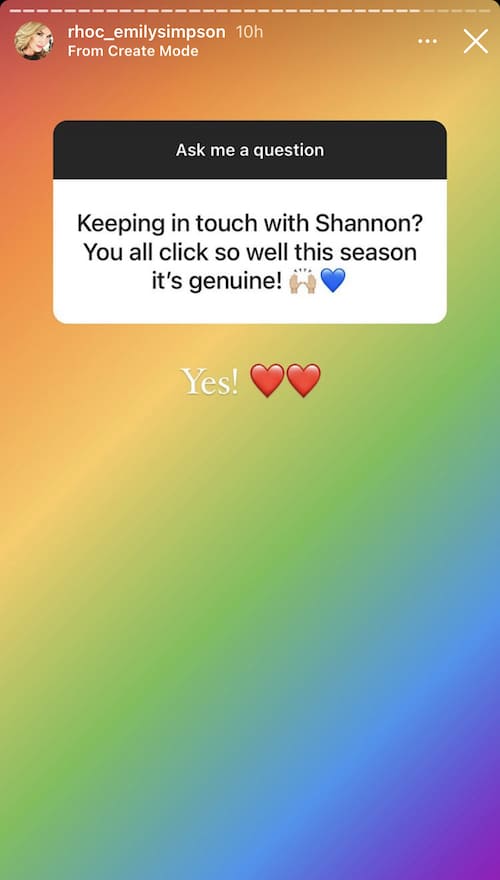