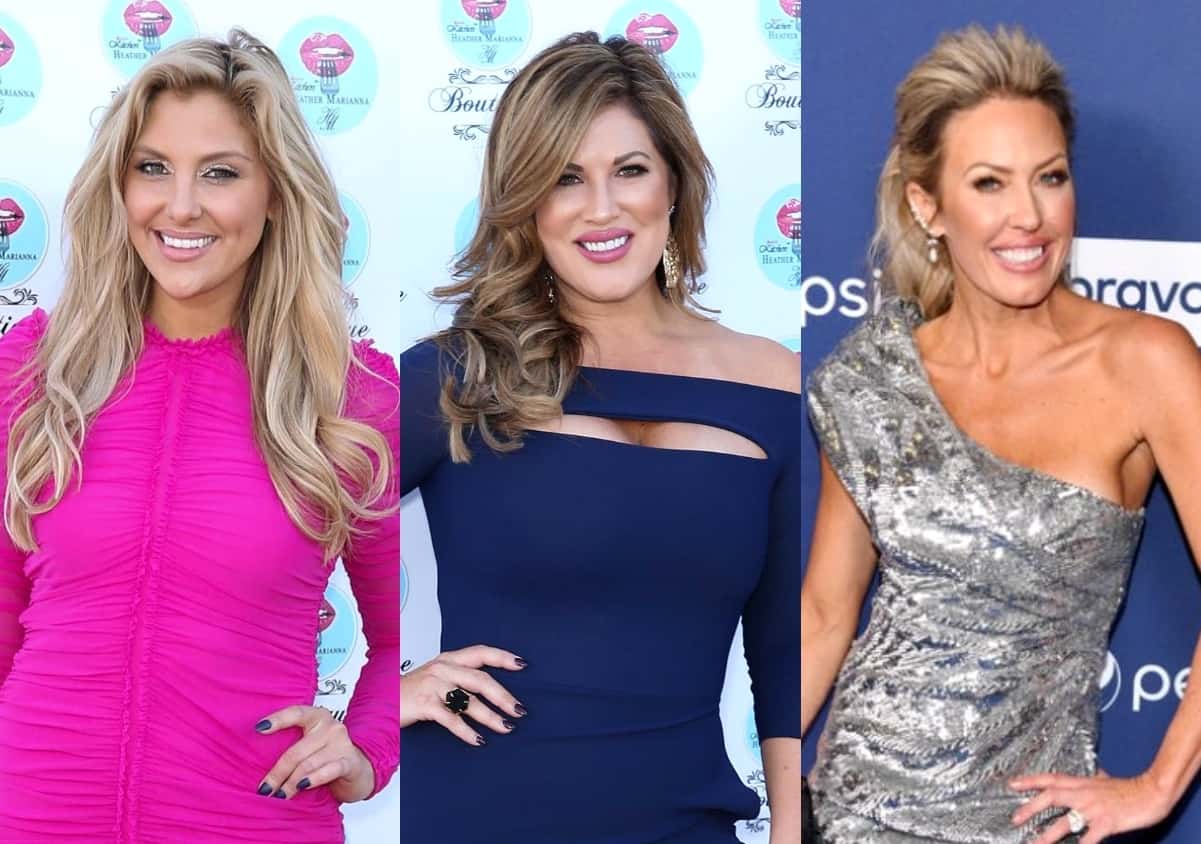 Gina Kirschenheiter and Emily Simpson will be seen having a bit too many drinks on the upcoming episode of The Real Housewives of Orange County.

After indulging in several shots, Gina and Emily poke fun at the former show ensemble known as the “Tres Amigas,” which consisted of Vicki Gunvalson, Tamra Judge, and Shannon Beador, before slamming Braunwyn Windham-Burke over her 8,000-square-foot rental and suggesting Braunwyn’s husband, Sean Burke, doesn’t have a “real job.”

“We’re like the new Tres Amigas,” Gina jokes in a sneak peek at the October 21 episode as she and Emily discuss how much they drank.

When Emily then asks Gina if she’ll be taking a tour of Braunwyn’s massive new rental, Gina makes it clear that she is not interested in walking through her castmate’s new place before saying she “could never live like that.”

“It’s like taking $20,000 a month and ripping it up and throwing it in the trash can,” Emily agrees.

In a cast confessional, Gina continues slamming Braunwyn by suggesting she’s portraying her life in an inauthentic manner.

“I think when it comes to Braunwyn, it’s all just smoke and mirrors and her house is kind of part of that. I firmly believe she is completely full of sh*t,” Gina tells the cameras.

“Where does the money come from? I don’t think [Sean] has a real job so I’m confused,” Emily notes as the preview clip continues.

In response, Gina jokes that Sean is likely a “hooker.”

“Is that what the sex apartment is? There’s transactions!” Emily says.

As fans saw during last week’s RHOC season 15 premiere, Braunwyn came forward as an alcoholic after opening up to Emily about the way in which she battled back against her and her concerns over her drinking during season 14.

RHOC Live Viewing – This is also the live viewing thread for tonight’s all-new Real Housewives of Orange County season 15 episode, so feel free to comment and chat below as the new episode airs at 9 p.m. on Bravo.