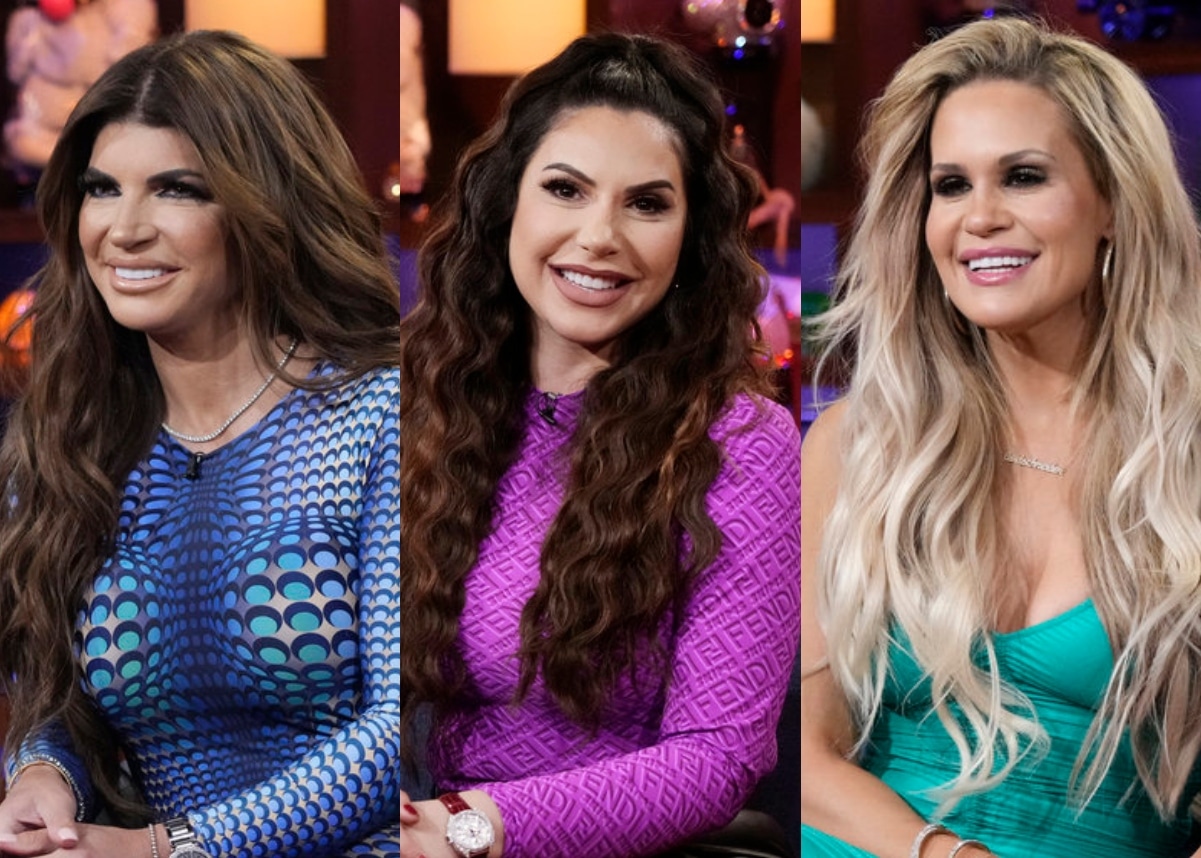 Teresa Giudice is explaining why she told Jennifer Aydin to get more information about the cheating rumor she spread about Evan Goldschneider on the 11th season of The Real Housewives of New Jersey.

After Jennifer was seen engaging in quite the telling conversation with Margaret Josephs amid the latest episode of season 12, Teresa and her castmates, including Evan’s wife, Jackie Goldschneider, spoke out about Teresa’s involvement in keeping the false report alive.

According to Margaret, she believes Jennifer finally admitted that Teresa was involved because she grew tired of taking all the heat.

“Jennifer’s getting it from every angle from us. And then in the meanwhile, Teresa never said, ‘Alright guys, I asked her to call.’ So I think Jennifer was like, ‘Enough already,’” Margaret explained.

Meanwhile, Teresa denied that Jennifer went “digging,” revealing she “knew the girl” involved because they live in the same town, and said that it was Jennifer’s closeness to the woman that prompted her to tell Jennifer to reach out for more details.

“She lives in the town that they live in. I even said to her, I was like, ‘If you know her, ask her. See if this rumor… if she’s heard the rumor. Because she lives in the same town. And if she says no, then you know that it’s not true,’“ Teresa explained.

After learning the truth about the matter, Margaret said that once Jackie found out that Teresa and Jennifer were “calling all over town… to try to make [the rumor] true,” she deemed Teresa “disingenuous.”

Because Jennifer has had such blind loyalty to Teresa in recent years, Melissa Gorga believes she’s “set herself up for failure” with the RHONJ cast.

“When you decide that you’re not going to try to build a real friendship with anyone else except for one person that is dictating how you need to act and then what happens when you piss that person off? Then you have no one,” Melissa stated.

Although many have questioned Jennifer’s friendship with Teresa, and wondered if Teresa is as dedicated to Jennifer as Jennifer is to her, Jennifer defended their relationship, saying that all relationships require compromise.

“If this is what this girl needs for you to be her friend, if you care enough to be [someone]’s friend, it’s called compromising. right? We compromise in relationships,” Jennifer explained.

Also on the RHONJ: After Show, Teresa slammed Margaret for “trying to hurt [her].”

“That’s when I realized she’s not my real friend,” Teresa said. “Margaret, she threw the first punch. That was a big mistake. Because now I see what everyone was saying about her and I feel like a fool.”