Home Real Housewives of New Jersey News RHONJ’s Dolores Catania on How Teresa Reacted to Her Outing With Caroline, Admits She’s “Not Right” After Reunion, and Cops to Making Excuses for Teresa

RHONJ’s Dolores Catania on How Teresa Reacted to Her Outing With Caroline, Admits She’s “Not Right” After Reunion, and Cops to Making Excuses for Teresa 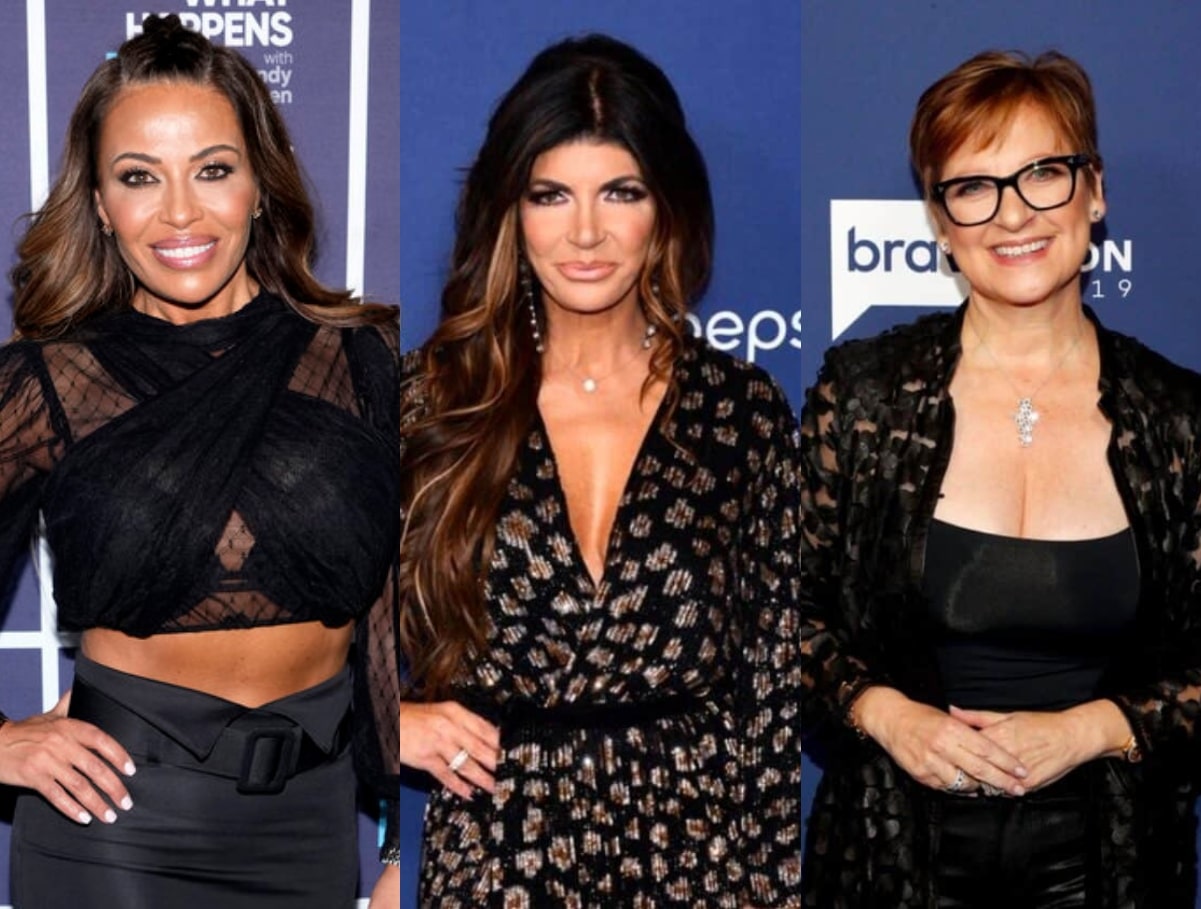 Dolores Catania recently met up with Caroline Manzo. And during Tuesday night’s episode of Watch What Happens Live, she revealed how her longtime friend, Teresa Giudice, who has been feuding with Caroline for years, reacted to the meeting.

Before dishing on The Real Housewives of New Jersey reunion taping, reacting to claims of making excuses for Teresa, and commenting on Jennifer Aydin‘s truce with Melissa Gorga and Margaret Josephs, Dolores admitted that it’s hard to be friends with two people who don’t like one another.

“Teresa was okay with it. She knows we’ve been friends for a very long time,” Dolores shared on April 5 episode of WWHL. “It’s always hard being friends with people that don’t get along but I’m able to pull it off because I don’t let anyone dictate who I’m friends with.”

Days after filming the RHONJ season 12 reunion, Dolores compared the taping to the “wild west.”

“I’m not right from it still… It was a long day,” she admitted.

And Andy Cohen agreed, saying, “I’m not right from it and this is what I do.”

“It was upsetting. It reminded me of the early Jersey reunion. It was really upsetting. It was a lot. And nobody would listen to me,” he continued.

Also during the episode, Dolores said she doesn’t think Teresa watched the controversial men’s camp video her fiancé, Luis Ruelas, made years ago, telling Andy, “I sincerely say, ‘No.’” She also admitted to making excuses for Teresa.

“I do. It’s an explanation, not an excuse. There is a difference,” she shared.

Later, on the WWHL: After Show, Dolores’ son, Frankie Catania Jr., confirmed his relationship status and revealed what he’s looking for in a future partner.

“I’m currently single actually,” he noted. “I think after my relationship experience, it’s all about personality. I just want a really nice girl, good intentions, and just someone that motivates me.”

Dolores then suggested that she doesn’t foresee the truce between Jennifer and Melissa and Margaret lasting.

“Well history seems to repeat itself so let’s see,” she said.

The Real Housewives of New Jersey season 12 airs Tuesdays at 9/8c on Bravo.