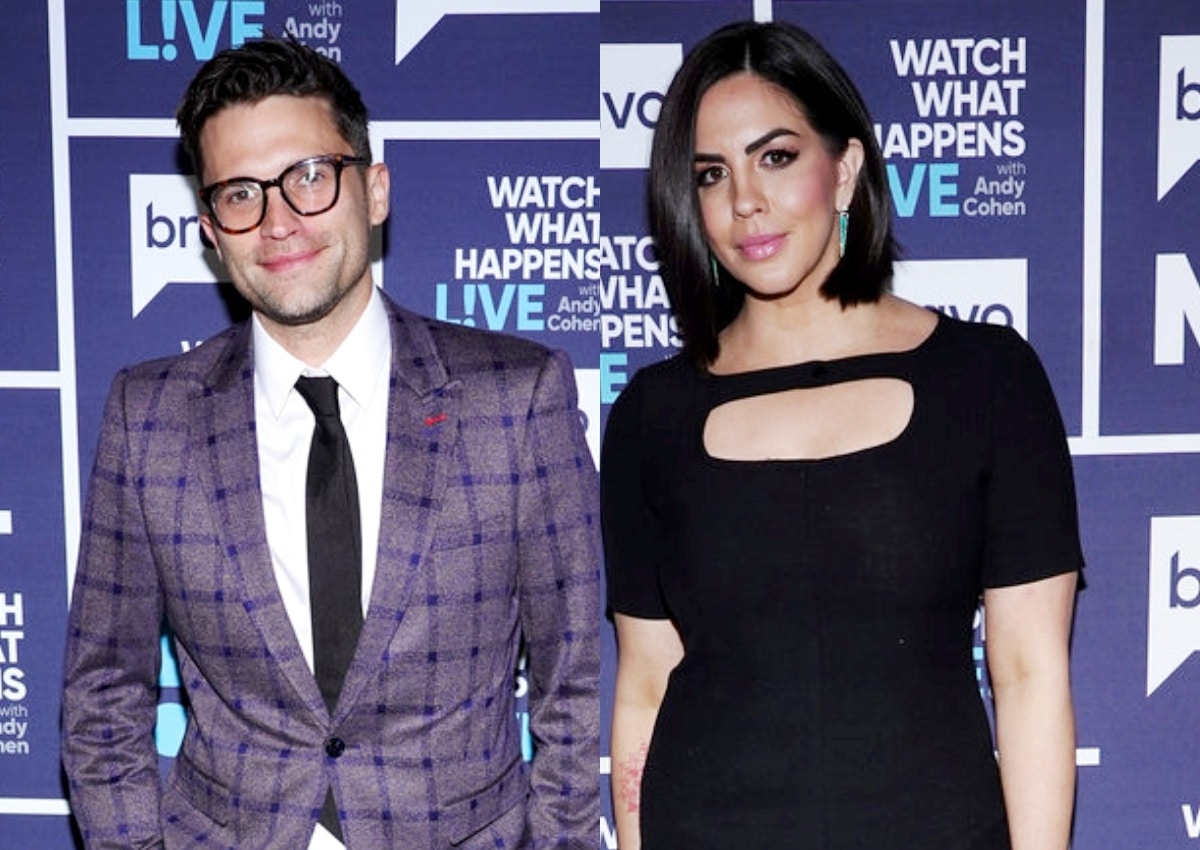 Tom Schwartz explained why he’s still wearing his wedding ring, despite estranged wife Katie Maloney having filed for divorce last month, during a joint appearance with Tom Sandoval at the end of last week.

As Sandoval admitted that he’s hopeful his castmates will eventually get back together, Schwartz addressed reports of “clinging” to his marriage while also admitting that he and Katie decided to remain living together post-split out of “necessity [and] practicality.”

“This is not me clinging on and being needy,” Schwartz insisted at the Spilling Tea Live with Zack Peter and Adam Newell event on Thursday night as he spoke of his ring-wearing, according to an eyewitness who spoke to Page Six. “There was such a profound love there and I feel naked without it. I’m not clinging on. I am not.”

Then, when a fan wanted to know how he was doing since splitting from Katie, Schwartz said he was “solid.”

“Relatively speaking, after what I’ve seen other people go through, I’m pretty good,” he continued. “I’m OK. I think I’m OK. I’m as good as you can be coming out of a longterm relationship where you’ve been madly in love with someone.”

As for Sandoval, he encouraged Schwartz to keep wearing his wedding ring.

“You better keep on f-cking wearing that ring, Tom, because it’s giving me hope,” he said. “I’m hanging on to that dream, man. I don’t want to see my parents break up. I don’t want mom and dad to split.”

Meanwhile, on Instagram, Katie shared a photo of herself in a leopard-print, high-slit minidress and told her fans and followers she is “committed to leopard print for life.”

Following the post, Katie was met with kind comments from her audience, including Charli Burnett, who shared two heart-eyed emojis, and Brittany Cartwright, who called her a “hottieee” with a series of emojis, including a heart-eye emoji, a fire emoji, and a red heart emoji.

Former Pump Rules cast member Dayna Kathan also reacted with emojis, using four fire signs as she joked that she was picking her jaw off the floor.