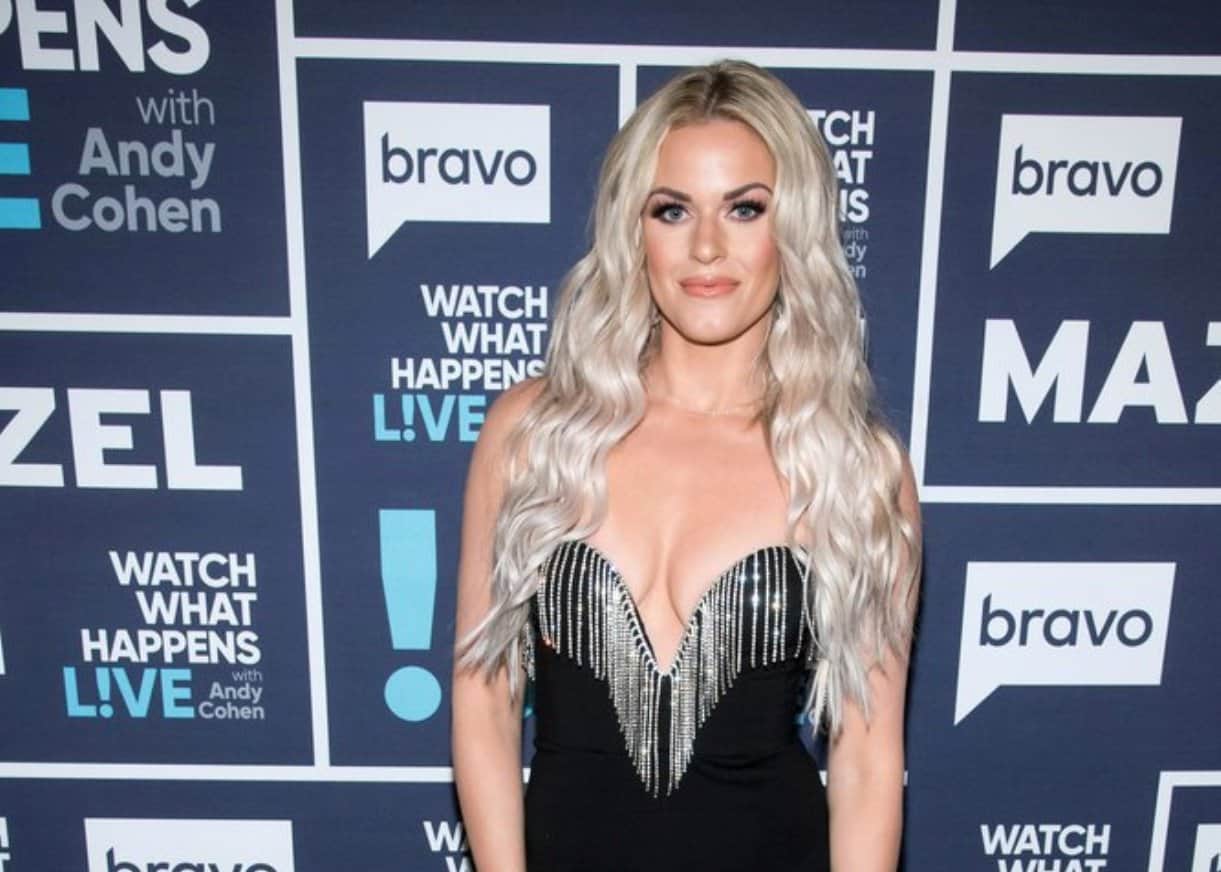 Dayna Kathan will not be featured on the upcoming ninth season of Vanderpump Rules.

As the remaining members of the show prepare for the start of production following the re-opening of SUR Restaurant, Dayna has revealed to a fan on her Instagram page that she is excited to watch the new episodes of the Bravo reality series as a viewer instead of a cast member.

“Have you heard if [Vanderpump Rules] is coming back after all of this craziness, and have you heard if you’ll be [a part] of it?? I’m hoping you can give your fans a status update!!” a fan wrote to Dayna after seeing she had shared a photo of herself in a black swimsuit.

“I’m not returning but excited to see next [season],” Dayna replied.

Dayna also revealed that her podcast, Unf*ckwithable, which aired its latest episode in February, would be “back soon.”

“You’re amazing, thank you!!” she added. 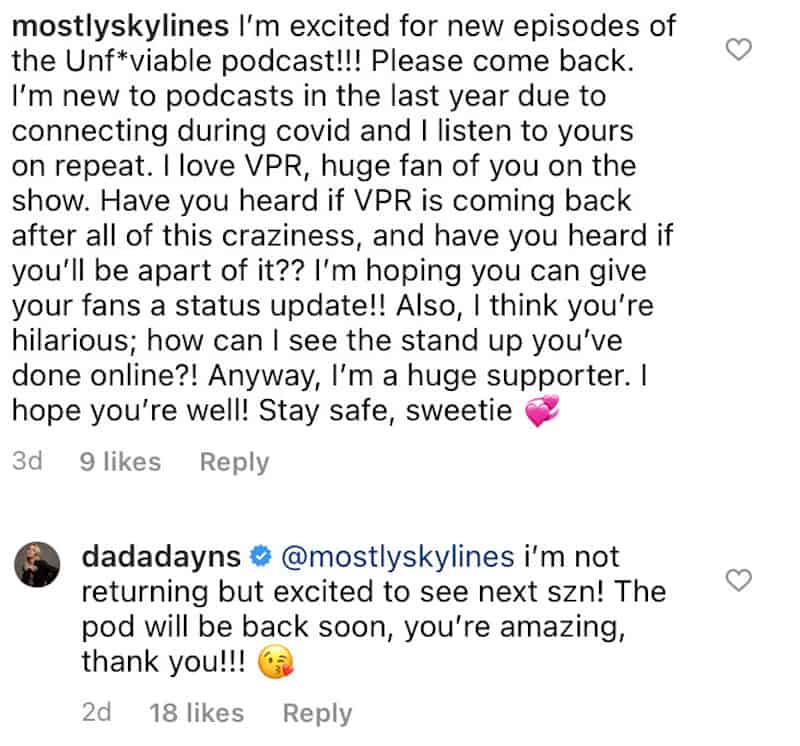 Dayna was brought to the Pump Rules cast in 2019 ahead of the series’ eighth season and proceeded to embark on short-lived romances with Max Boyens and Brett Caprioni, both of whom were fired from the show in June 2020 due to past racist remarks.

After previously appearing on the show’s seventh season in a guest role, Dayna admitted on Katie Maloney‘s podcast, You’re Gonna Love Me, that she was fired from her corporate job due to her drunken antics with the guys of the show, including Peter Madrigal, Jax Taylor, Tom Schwartz, and Tom Sandoval,

“I actually woke up the next day with the worst anxiety of my life because I had a corporate job and was f**king hammered,” she admitted. “I [was] in full-blown anxiety thinking someone from my work is going to see it and I’m going to get fired, which, spoiler alert, ended up happening.”

No word yet on whether or not Dayna was fired or quit Vanderpump Rules.