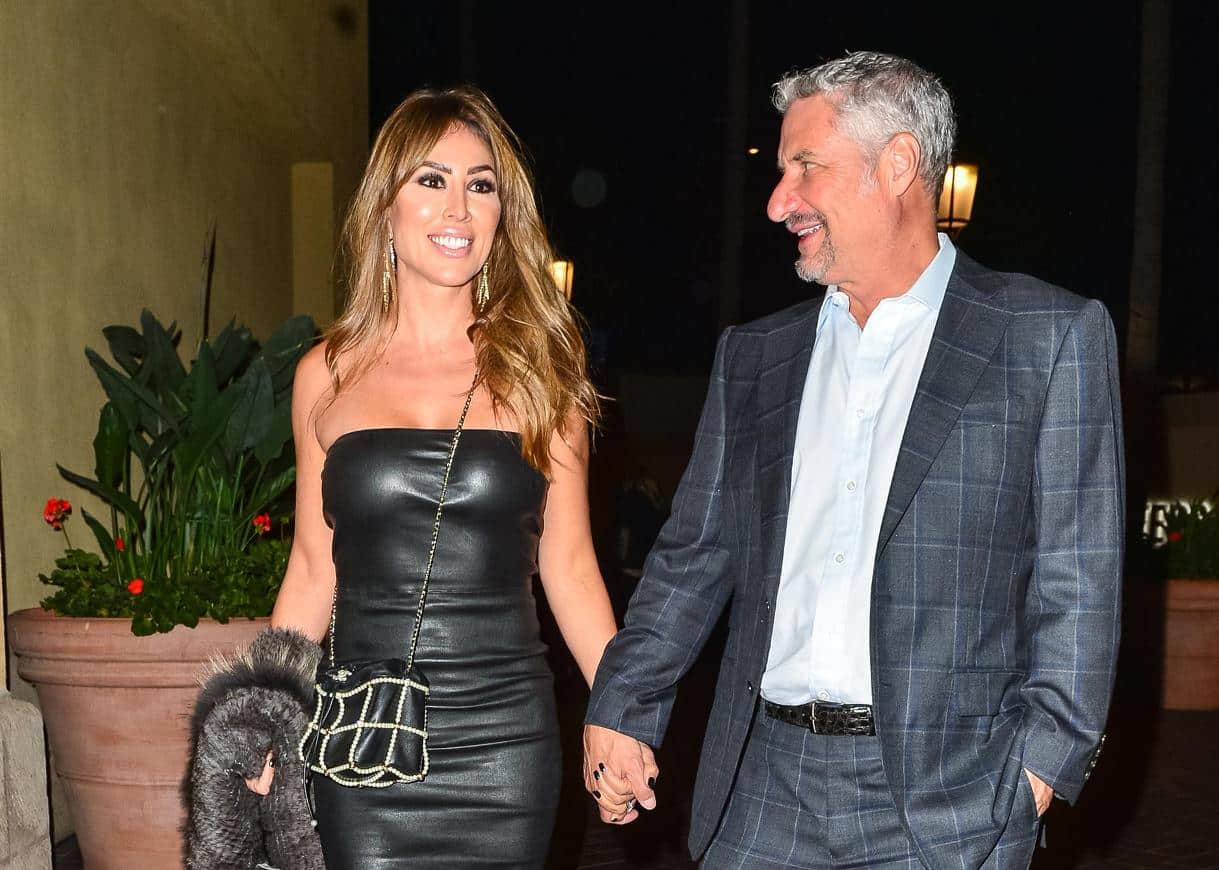 Kelly Dodd is speaking out after learning the latest episode of The Real Housewives of Orange County was the lowest-rated episode of all time.

After the series pulled in just 732,000 viewers with its season 16 finale, Kelly, who was booted from the series along with Braunwyn Windham-Burke and Elizabeth Vargas last June as Heather Dubrow returned and Dr. Jen Armstrong and Noella Bergener were added, took to her Twitter page, where she took note of how many viewers have been lost.

“This year’s [RHOC] ratings are the WORST EVER in the 16 season history of the franchise. Remember the alleged boycott against me last season, when we still got over a million viewers nearly every week ? Here’s the facts: 20-30% of viewers left THIS season. NOW what’s the excuse?” Kelly asked on April 14. 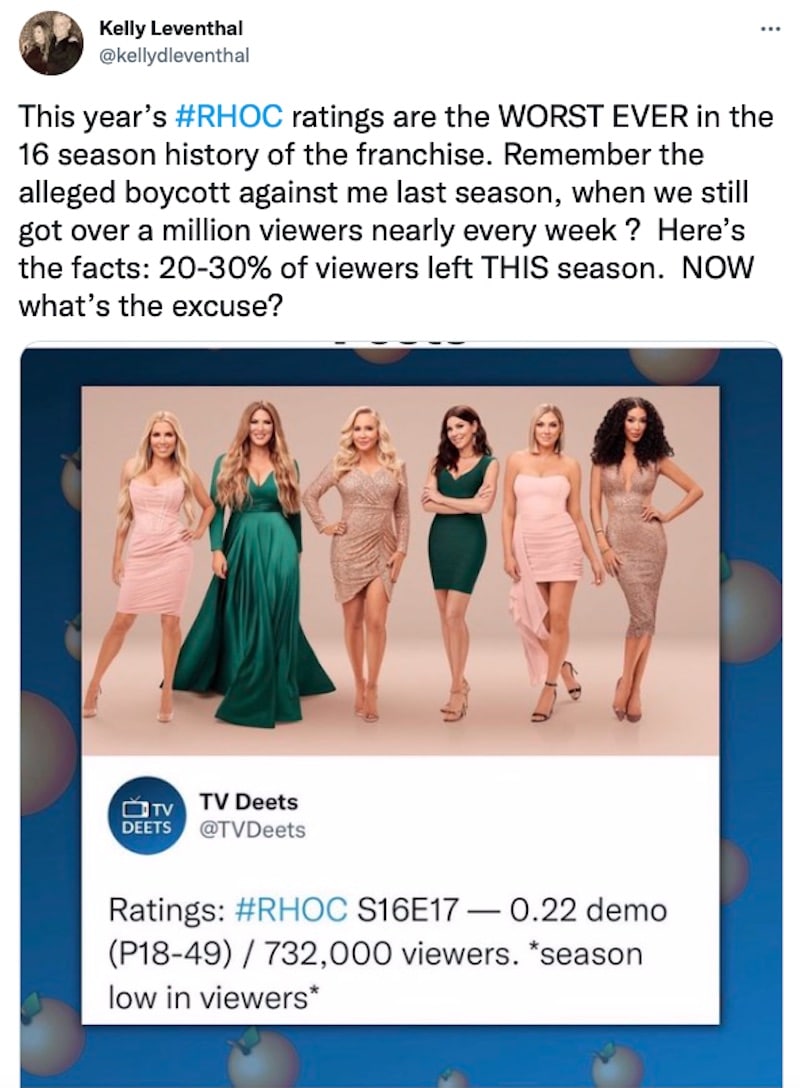 When RHOC first debuted its 16th season, the premiere episode garnered Bravo with 936,000 viewers. And the following week, after season 15 reached a low of 820,000, ratings increased once again for a total of 1,024,000 viewers. Sadly, the fanbase began to taper off as the season continued.

In other Kelly Dodd news, she and her husband (and podcast co-host), Rick Leventhal, are said to be developing a morning talk show with billionaire philanthropist John Paul DeJoria (the co-founder of the Paul Mitchell haircare line), producer David Weintraub, and former castmate Elizabeth.

“It will be an unconventional way of doing conventional news,” a source told Page Six of the series, which the team hopes to get on the air by the end of this year.

Prior to the news of Kelly and Rick’s potential talk show, the RHOC alum hinted at a house-flipping series.

“We already have producers reaching out to us wanting to do home-renovation types of shows,” she said. “But we are exploring our options and seeing what the best deal is for us.”

As for Elizabeth, she was the one who introduced Kelly to John after working with him on her new show, Success of Unusual People, a “rags-to-riches” series she recently teased on Instagram.

“There has been so much bad news [and] negativity lately that we want to bring you some good news for a change!” Elizabeth wrote in the caption of her sneak peek. “‘Success of Unusual People’ has finally become a reality for me… Our new show will feature some of the brightest minds in the world who have come from rags to riches but now use their success & wealth to teach others & to give back to society.”

The Real Housewives of Orange County season 16 reunion begins airing this Wednesday at 9/8c on Bravo.