Home Real Housewives of Potomac News RHOP’s Karen Huger on Candiace Unfollowing Gizelle, Her Least Missed Co-Star, and DMs With Nicki and Rihanna, Plus Which ‘Housewife’ Made the Worst First Impression

RHOP’s Karen Huger on Candiace Unfollowing Gizelle, Her Least Missed Co-Star, and DMs With Nicki and Rihanna, Plus Which ‘Housewife’ Made the Worst First Impression 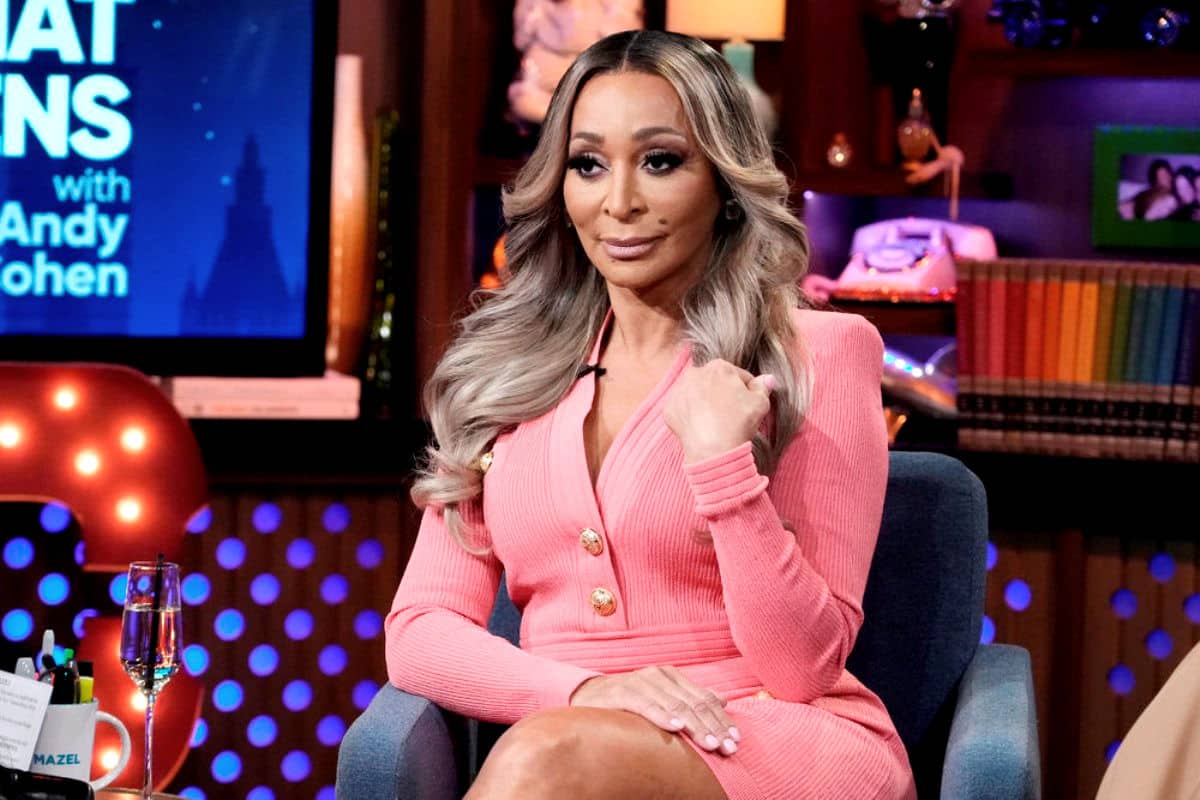 Karen Huger appeared on Sunday night’s episode of Watch What Happens Live, where she opened up about her Real Housewives of Potomac co-stars and the recent interactions she’s had with their season six reunion host, Nicki Minaj, and longtime franchise fan Rihanna.

Following the premiere episode of her two-part special, Karen’s Grande Dame Reunion, Karen reacted to Candiace Dillard Bassett and Gizelle Bryant‘s apparent season seven feud before revealing the former cast member she misses the least, shading Shannon Beador‘s past fashions, and naming which of her fellow Housewives made the worst first impression.

After host Andy Cohen asked Karen how she felt about Candiace unfollowing Gizelle on the April 17 episode of WWHL, Karen said, “It’s about damn time.”

Karen also shaded Gizelle when her past comments about Ray Huger‘s impending death were mentioned, saying she “meant every word she said,” and noted that Ashley Darby is the cast member who is more “farm girl” than “bougie bada–.”

Karen then revealed that out of all of her former RHOP co-stars, it is Katie Rost who she misses least.

“Katie. Because Ray has eyes for Katie,” she explained. “I love Katie but I miss her the least. No eye candy for Ray Ray.”

As for her communications with Nicki and Rihanna, Karen told Andy that she “reached out” to Nicki and confirmed she heard back before sharing that she congratulated Rihanna on being a mommy-to-be.

“I told her she’s on the love affair of her life that will last forever,” Karen disclosed.

Although Karen, who admitted that not being in Surry County is not a good look for an ambassador, noting that she should be there “more often,” went on to share that she does “like” Teresa Giudice, she named the Real Housewives of New Jersey cast mate as the wife who made the worst first impression.

“Maybe Teresa initially. She flipped a table. I was like, ‘Lord Jesus,'” Karen recalled.

Then discussing another housewife from another franchise, Shannon Beador of The Real Housewives of Orange County, Karen said that she would have previously named her as the wife who needs the biggest makeover.

“I would’ve said my girl from Orange County… Shannon. I would’ve said Shannon but she knocked it out of the ballpark,” Karen admitted, also saying that Shannon was the wife she connected with most during the Real Housewives-themed episode of Project Runway.

“Shannon’s my girl. I’m always cheering for Shannon,” she told Andy, who then noted that she had just shaded Shannon’s past fashions.

“Let me be clear: That’s to help her,” Karen clarified.

Later, on the WWHL: After Show, Karen revealed why RHOP is the only series to retain four of its OG cast members for six seasons.

“Because we know how to go in a dig and go out and forgive. And we are beasts of Housewives,” she declared. “We’re the best. I love the growth that we’ve shown as OGs but we keep it real and we fight like none other but we also try and move on. You leave a little space for forgiveness so you can come back and fight again.”