Home Vanderpump Rules REPORT: Katie Maloney Served Tom Schwartz With Divorce Papers at Their Home, How Did Tom Respond? Plus Katie Representing Herself

REPORT: Katie Maloney Served Tom Schwartz With Divorce Papers at Their Home, How Did Tom Respond? Plus Katie Representing Herself 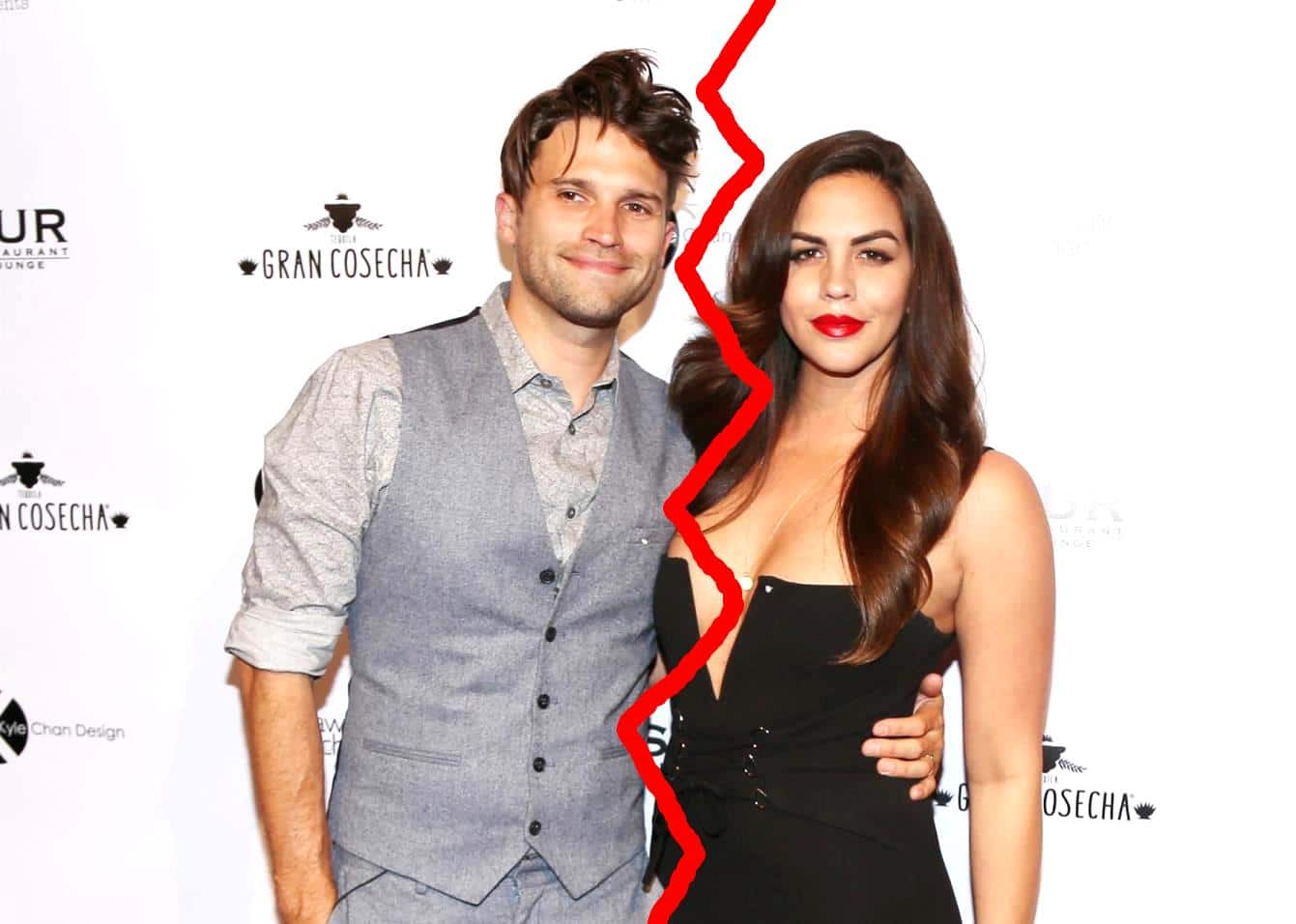 In a move that seems to confirm that the Vanderpump Rules cast member is wanting to move forward from their 12-year relationship quickly, Katie reportedly hired a paralegal to do the serving while choosing to represent herself as they prepare to cut ties romantically.

According to court documents obtained by Radar Online on April 27, Katie has confirmed to the court in a new filing that her paralegal mailed copies of her divorce petition to Tom at their home — and that the service had been completed on March 25, shortly after the two of them confirmed their split to their fans and followers on Instagram.

Although Tom has signed Katie’s documents, acknowledging that he had been served, he has not yet filed a response to Katie’s request. Instead, as the outlet explained, he’s planning to issue his own documents in the next couple of weeks.

As Pump Rules fans will recall, Katie filed for divorce in March in Los Angeles Superior Court, listing February 12, 2022, as their official date of separation. And at the time, she requested that neither she nor Schwartz has to pay the other spousal support.

While chatting with Us Weekly earlier this month, Katie said that while she and Tom plan to sell their home and move out on their own soon, they don’t want to be too far away from one another.

“We’ve kind of been sharing listings, apartment listings or condo listings with each other. We wanna stay in the same area because we both have the dogs and we’re gonna, like, split custody of that. It’s important to be near each other for that regard,” she noted.

Last week, Katie and Tom proved they were determined to stay friends as they attended the grand opening of Lisa Vanderpump‘s Vanderpump à Paris in Las Vegas, with Tom telling Page Six at the event that he was “really happy for Katie” as she started her “next chapter.”

Although Tom was briefly linked to his Pump Rules co-star, Raquel Leviss, by a report claiming the two had locked lips at Coachella, he has since shot down the rumor, claiming he wasn’t even in attendance at the music festival. Meanwhile, Katie has been open with the fact that she looks forward to having fun as she begins dating once again.