Katie Maloney shared an exciting update about her living situation on Instagram days ago.

As she and estranged husband Tom Schwartz attempt to navigate through their divorce while living together at their $1.9 million Valley Village home, which they purchased in 2019, the Vanderpump Rules cast member said that while she hasn’t found anywhere new to live quite yet, she now has reason to be excited about her current arrangements.

“I’m really excited because my new couch just got delivered,” Katie said in an Instagram Story shared on April 24, via Bravo’s Style & Living. “I’ve been flirting with this couch for like two months, I think, and I finally just had to get it because if I wasn’t going to get it, someone else would.”

“I don’t have a place to live just yet, but I have this gorgeous, amazing couch that I’m just obsessed with,” she continued. “So until then, it’s just going to hang out in our front room and I’m going to sit on it. Maybe I’ll even take a nap on it.” 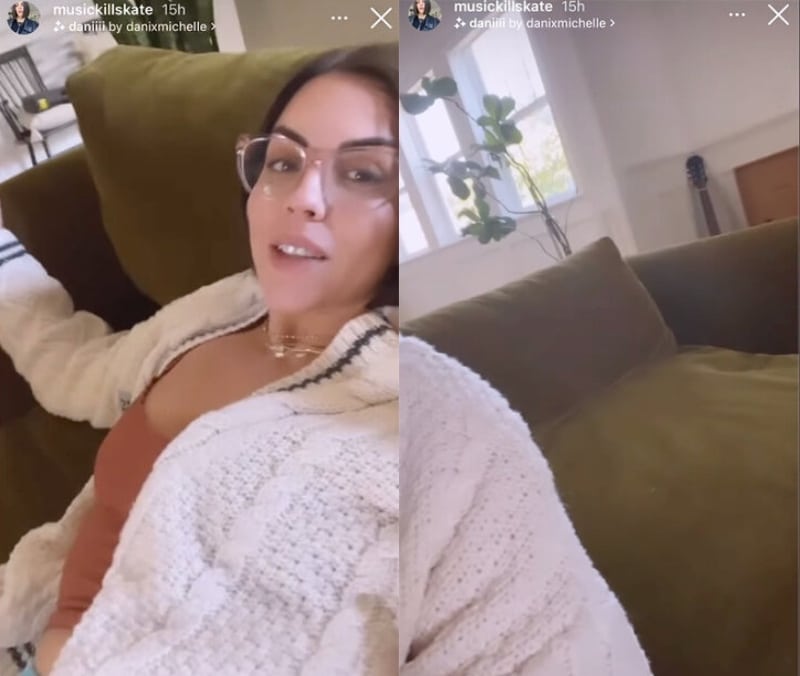 During another interview at last week’s grand opening of Lisa Vanderpump‘s Vanderpump à Paris in Las Vegas, Katie said she and Tom have been working together to find new places for themselves post-split because their current place is “too much house.”

“We don’t need that each on our own,” Katie told Page Six. “We’ve actually been helping each other find places. I’ll be like, ‘I think this place would be really good for you. I think you’ll really like it. You should go check it out.’”

Speaking separately to the outlet, Tom confirmed he and Katie were “working on moving out” of their home.

“It’s kinda sad, I’m not going to lie. But I’m really happy for Katie. This is the next chapter, I guess,” Tom stated, adding that his split from Katie is “uncharted territory.”

“I’m going to grow a beard, I might go ahead and become a cobbler,” he admitted. “I don’t know. I have no idea what the future holds for me romantically.”

Although Tom isn’t quite ready to date, noting that the concept makes him “f-cking terrified,” he said he has “never felt more confident” when it comes to his career.

“Professionally, I feel great,” he elaborated. “I’m so hype for Schwartz & Sandy’s. It is going to knock your socks off and I’m really excited about it.”

As Tom prepares for the upcoming opening of his new bar with Tom Sandoval, Katie is focused on her sandwich shop with Ariana Madix, which will be called Something About Her.

Katie’s also ready to get back to dating.

“I just want to have fun. I’m not trying to find a man to settle down with. Listen, part of it is sort of a healing process,” she explained. “I want to get my ego stroked a little bit. I just want a little bit of attention, nothing serious. I want to flirt and that’s kind of mainly it at this point.”

While Katie is excited to move on, she made it clear that Tom will always be a part of her life.

“After so many years together, I think it would break our hearts to not maintain that friendship,” she shared. “And I’m always going to love him and he’s always going to be family. So that’s not going to go anywhere.”